We need to reduce flood vulnerability for all 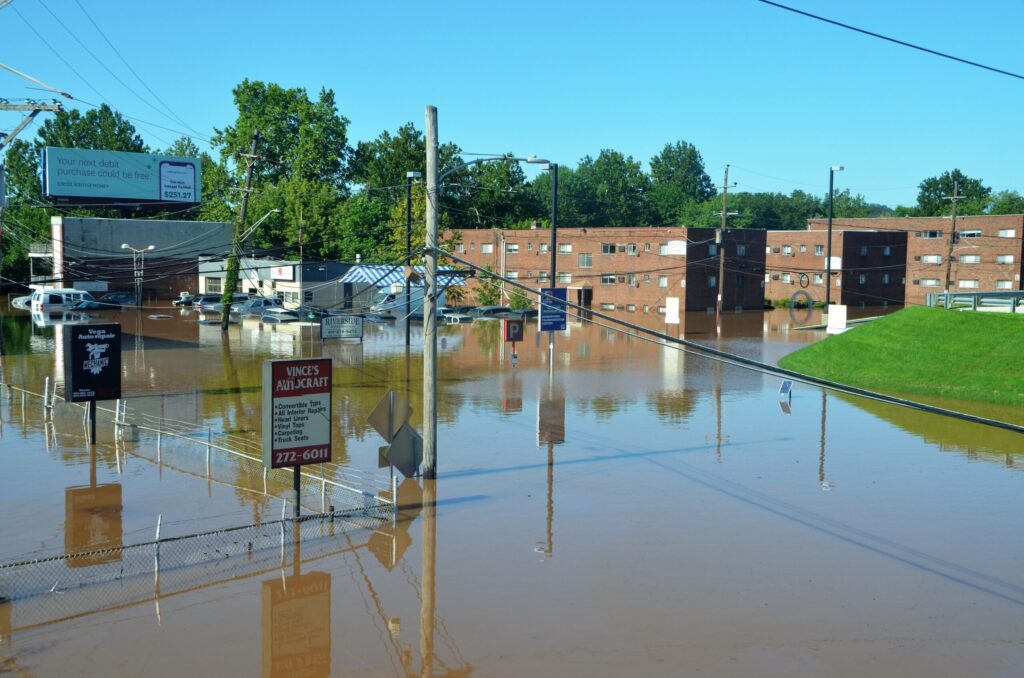 On Sunday, sixteen years to the day after Hurricane Katrina made landfall, Hurricane Ida roared ashore in Louisiana, with enough power to reverse the flow of the Mississippi River. Thankfully, unlike during Katrina, the New Orleans levee system withstood the impacts of the Category 4 hurricane and storm surge thanks to $14.5 billion invested in the city’s flood protection system. But as the images and stories roll in, it is clear that Hurricane Ida brought catastrophic flooding and storm damage for many communities in her path. A million people were left without power and utilities as they begin the long, slow process of recovery and rebuilding.

As Ida made her way north, the storm dumped significant rain onto communities across the Appalachians and Mid-Atlantic. Here in Central Pennsylvania where I live, schools were closed on the second day of the school year in expectation that flash flooding would make roads too dangerous for buses to travel. New York City’s stormwater infrastructure was overwhelmed by record setting rainfall that turned streets into rivers and drowned residents in basement apartments.

Hurricane Ida is just that latest in a decades long string of catastrophic storms and floods that have sparked an outcry to reform the way we manage flooding and natural disasters as a nation. What feels different about this event, is that we are having the conversation about how to recover from a catastrophic flooding event while simultaneously having a national conversation about who is most vulnerable to floods and how to ensure equity and justice in flood management. Flood vulnerability isn’t just a matter of whether you live in the 100-year floodplain and what your community has done to improve flood resiliency. Flood vulnerability is based on both the proximity to the potential path of the flood waters as well as the various social factors that influence a person’s ability to get themselves out of harm’s way, and, perhaps most importantly, how they cope with and recover from the disaster.

Since Katrina, significant focus has been placed on increasing the resilience of communities across the country. Jesse Keenan, an associate professor at Tulane University in New Orleans and former chair of the US Community Resilience Panel for Buildings and Infrastructure Systems under the Obama White House Climate Action Plan, published an OpEd on CNN this week that suggests the legacy of Hurricane Ida will be this: it is time to move beyond the concept of resilience and begin to adapt.

We also need to start focusing on all three aspects that influence flood vulnerability by reducing exposure, reducing susceptibility, and increasing resilience.

The science could not be clearer about the need to adapt as climate change impacts the water cycle. This summer the Intergovernmental Panel on Climate Change (IPCC) released its latest report which included finding that “Climate change is increasing the water cycle. This brings more intense rainfall and associated flooding, as well as more intense drought in many regions.” As floods become more intense, the area of land exposed to flooding will increase. A FEMA sponsored study found, in the US, the average area of the 100 yr floodplain will increase by 45% by 2100. And in some areas, the areal expansion of the floodplains will increase by 80-100%. This will dramatically increase the number of people and property exposed to flooding.

Given these prospects, we simply cannot expect to build our way to safety everywhere using the traditional methods of levees, dams and concrete. Our solutions need to prioritize reducing exposure to flooding by

Listening to, and supporting, the most vulnerable in our communities

We are only beginning to fully comprehend and consider susceptibility to flooding including the social conditions that make someone more prone to experience flooding. According to the Natural Hazards Center, “Social vulnerability influences the capacity to anticipate, cope with, resist, and recover from the impact of a disaster. Socially vulnerable populations are thus more likely to experience disproportionate negative impacts from disasters including emotional distress, loss of property, temporary or permanent displacement, illness, and death.” Black, Indigenous, and people of color, people of lower economic status, LGBTQIA+, people with functional and access needs, and many other groups and identities are disproportionately impacted by flooding events due to social, economic and political factors. For instance, a recent analysis by Red Fin found that formerly redlined areas (a racist 1930’s housing policy) experience 25% more flood risk than non-redlined areas.

As the nation wakes up to the legacy of racism and discrimination in public policies, including flood management, we need to actively dismantle racist and discriminatory policies and practices, and devote resources to reducing exposure and increasing resilience of those most susceptible to flooding in our society. The Biden Administration’s Justice40 initiative has started down that road, by ensuring that 40% of funding via FEMA’s Flood Mitigation Assistance Program and Building Resilient Infrastructure and Communities (BRIC) Program will be directed to “disadvantaged communities”. This is a great start, but there is much more to be done to build trust with communities and people that have been left out of the flood management decision making table in the past and to adapt our practices to ensure their voices are listened to.

Fundamental changes are needed to reduce flood vulnerability and keep communities safe from the intense flooding events to be brought by climate change. Soon there will be key opportunities for policy change like:

Immediately, Congress must make long overdue investments in programs that will not only make communities resilient to flooding, but will help them adapt to the impacts of climate change. The once-in-a-generation Infrastructure and Investment and Jobs Act, or (a.k.a. Bipartisan Infrastructure Bill) that passed the Senate includes some historic investments in flood mitigation: $1 Billion in additional funding for BRIC (over the statutory formula), and $3.5 Billion in funding for the Flood Mitigation Assistance Program. These investments are absolutely critical to help states and communities implement flood hazard mitigation planning, relocate and acquire flood-prone properties or ensure flood-prone structures are flood compatible, restore streams and wetlands, and install green infrastructure that will reduce flooding.

Currently, the House and Senate are progressing through the reconciliation process to build up a $3.5 trillion social infrastructure package. This is another rare opportunity to invest in improving flood management. Specifically, the reconciliation bill is an opportunity to invest in programs and issues related to climate change, the catalyst for worsening and more frequent flood events. This means investing in solutions to address a root cause of climate change, emissions. Importantly, we must also invest in sustainability and resilience to protect vulnerable communities from indefinite and worsening floods.

For instance, to date, FEMA has mapped less than one-third of the nation’s streams and coasts and most maps don’t meet the latest requirements for accuracy. The Association of State Floodplain Managers estimates that FEMA needs a minimum of $800 million annually to expand flood maps across the nation and identify the future flood risk that climate change will bring. These investments are necessary to ensure that the resilience funding being directed to states and communities will be relevant for future floods.

6 responses to “Lessons from Hurricane Ida”