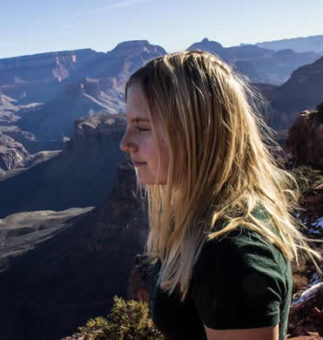 Around the world, communities are experiencing the impacts of our changing climate. In the last two or three years, more frequent and dangerous extreme weather events like devastating wildfires, destructive flooding and crippling drought have caused unprecedented damages to communities, threatened public health and wellbeing, and weakened local economies. Not only does climate change impact local communities, but the rising temperatures, droughts, floods, and impacts to water quality threaten the health of rivers across the country.

While the impacts of climate change are being felt by communities across the country and around the world, the science behind why these changes are happening is less understood. In this episode of We Are Rivers, we explore the science of how greenhouse gas emissions are affecting climate change. While the topic isn’t purely focused on rivers, it is river related: climate change is intimately connected not just to the health of our rivers, but to the health of every single natural process and ecosystem in the world.

Greenhouse gases are an essential part of what makes Earth inhabitable. Greenhouse gas molecules allow the sun’s light energy to pass through them when coming into the atmosphere, but then when the sunlight is re-emitted back out towards space as infrared heat energy the greenhouse gases trap some of this outgoing radiation, keeping our planet warm. But since the industrial revolution, the amount of greenhouse gases emitted into the atmosphere has increased preventing outgoing infrared radiation from escaping and causing Earth’s temperature to warm at a greater rate than what we experienced in the past.

Our climate is a complex system that responds to seemingly small changes in temperature. Scientists expect that if the concentration of greenhouse gases doubles compared pre-industrial levels, the earth could warm 5.4℉. While this may not sound like a lot, consider the extreme weather events we have experienced already with less than 2℉ warming, like massive hurricanes, outbreaks of tornadoes, and extreme flooding or heat waves. Former Science Advisor for President Obama, John Holdren has a great analogy for how to understand the impacts of seemingly small temperature increases on our climate. He says that much like our own bodies, when we have a 1 °F fever, we know it; when we have a 2 °F fever, we really know it. As our temperatures increase, the effects become more and more severe.

Fluctuations in the Earth’s climate are natural, but what we are experiencing today is not. There are pronounced changes in the climate system worldwide: deep ocean temperatures have increased along with sea surface temperatures, ice sheets are melting at an ever-increasing rate, and there’s more water vapor in the atmosphere. These are all undeniable markers of a warming climate, and the extent of these changes are well outside expected natural variability.

The scientific community has been instrumental in understanding the cause of climate change and what we might expect in the future. An intergovernmental panel of climate scientists from around the world is tasked with issuing official statements regarding climate change, and there is consensus among them about the extensive role anthropogenic greenhouse gas emissions are playing in global warming.

The Intergovernmental Panel of Climate Change (IPCC), was founded in 1988. Since their creation, the panel has issued five different assessment reports, each composed of three different sections with several hundred scientists working on each section. Reports are reviewed by many governments and processes before getting published, and the IPCC’s official statement on human greenhouse gasses, as of 2015, is as follows:

Climate change is happening all around us, and it’s our responsibility to understand how and why we are experiencing these effects and the role humans have. Join us in this episode of We Are Rivers, as Brad Udall, climate scientist, explains climate change and addresses some common questions about our changing climate. From the concepts and questions covered in this podcast episode, you will gain greater understanding and insight about how this broadly-accepted scientific understanding is creating challenges for communities, economies, and ecosystems all around the world.

Join us, as we dive into Episode 21 of We Are Rivers as we discover the science behind what is increasingly happening all around us.