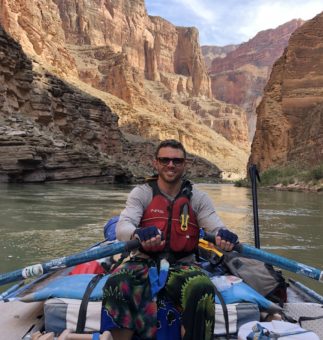 The rush to build a massive open-pit gold mine in the headwaters of one of Idaho’s most important salmon-spawning rivers has hit a roadblock.

On July 1, the developer of the controversial Stibnite Gold Project announced that the US Forest Service would delay a final permitting decision, originally anticipated to be released in December 2020, for at least another two years in order to allow time for additional environmental analysis to be completed.

Perpetua Resources, a mining corporation that is majority-owned by a New York hedge fund, has been seeking regulatory approval to move forward with an enormous mountaintop removal operation in the headwaters of the South Fork Salmon River. If allowed to proceed, the Stibnite Gold Project would be one of the largest gold mining operations in the nation and adversely impact one of the country’s most cherished rivers forever. The project plans to create immense craters where mountains once stood, bury pristine headwater streams and valleys on the Payette National Forest, and create a 450-foot-high earthen dam that would hold back a 400-acre toxic tailings reservoir that must be maintained into perpetuity.

The South Fork Salmon River is a national treasure that provides critical spawning habitat for the longest distance, high-elevation salmon migration on earth, as well as world class whitewater recreation, fishing, and opportunities for solitude. The South Fork and its cold, pristine headwaters support a growing and sustainable recreation economy, supply clean water for agriculture and communities, and help downstream river ecosystems be more resilient to our changing climate. The proposed mine site is also located within the ancestral homelands of the Nez Perce Tribe, whose treaty reserved right to access the area would be restricted for decades if approved.

For three out of the past four years, American Rivers has named the South Fork Salmon River as one of America’s Most Endangered Rivers®. This past fall, we joined the Environmental Protection Agency (EPA), concerned citizens, and many others who called on US Forest Service to conduct a supplemental environmental analysis to address missing information and serious threats to water quality that have not been properly evaluated.

While it’s good news the US Forest Service will now evaluate an amended plan the company submitted in December, slowing down the permitting process yet again, American Rivers believes it is critical that the supplemental review must also address the suite of substantive concerns that have been raised by the Nez Perce Tribe, EPA, conservation groups, and others.

5 responses to “Can the South Fork Salmon River be saved?”