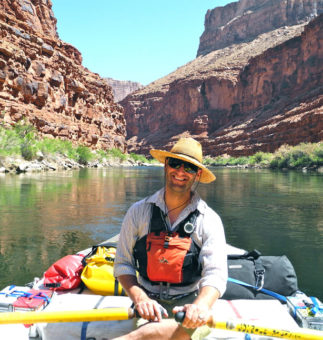 One hundred-fifty years ago this past August, John Wesley Powell and his crew camped where the Little Colorado River meets its larger cousin in the heart of the Grand Canyon. Thanks to stewardship and forethought, little has changed about the confluence since that time. The Little Colorado River – called Paayu by the Hopi, the Rio Chiquito by Spanish explorers, and the Flax River by pioneers – has carved a dramatic, steep and narrow gorge through the red rock of the Colorado Plateau, reaching over 3000 feet deep by the time it meets the Colorado River. Ravens still whirl overhead, coyotes still call from the mesa, and native fish still spawn in the spring-fed waters of the canyon. 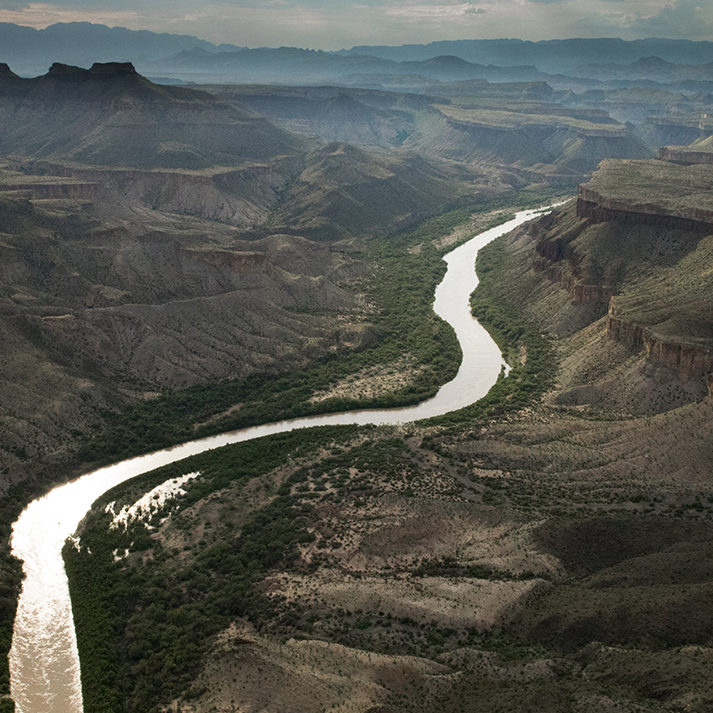 NO NEW DAMS IN THE GRAND CANYON

Now is your chance to speak up for healthy rivers and one of our nation’s most treasured national parks.

Both Powell expeditions – in 1869 and 1871 – happened upon the Little Colorado River when it was in flood, its waters thick and brownish-red with silt and debris from monsoonal rains. This is typical of the Little Colorado, which experiences two hydrologic peaks: one in early spring from snowmelt in the White Mountains, and one in late summer as monsoons sweep across the desert Southwest, bringing much needed moisture to lands parched by summer heat. These brief floods can be large, moving tons of habitat-creating silt into the Colorado River and giving the river a tempestuous reputation. The highest recorded flow of the Little Colorado was a whopping 120,000 cfs in 1923.

Even back in 1869, the Powell Expedition members were relative newcomers to the area. Humans have inhabited the Little Colorado River since the early Holocene, over 8000 years ago. The Navajo and Hopi nations both maintain culturally important roots and sacred sites in the lower canyon – sites like Blue Spring which provides the Little Colorado with a perennial flow of cerulean blue water, and the Hopi Salt Mines that start where the Little Colorado’s canyon intersects the Colorado River at the start of Upper Granite Gorge in Grand Canyon National Park.

But all of that could change. While the Little Colorado River still retains all of the special qualities that it has had since time immemorial, it is increasingly threatened by development schemes. First, it was the proposed Grand Canyon Escalade, which thankfully the Navajo Nation Council voted against in 2017. Now the immediate threat is a pair of “pumped storage” preliminary permit proposals that could include building two new dams each just up from the confluence: A new 140-foot high by 1000-foot long concrete arch dam on the river and a new 240-foot high by 500-foot long dam on the mesa top, connected by an 8000-foot long by 32-foot diameter penstock, a new 2-mile long access tunnel for vehicles, a massive concrete tailrace, new powerhouse and associated infrastructure such as transmission lines. What is now one of the wildest and most sacred parts of the Grand Canyon would essentially become an industrial park should this unlikely proposal become reality. Sacred sites would be flooded, the ecosystem would be forever altered, and the character of one of the natural wonders of the world – the Grand Canyon – would be forever changed.

It is important to understand that a preliminary permit only allows the developer to hold a location for a potential future proposal. It is not a license application. In fact, a preliminary permit is not even required to submit a license application or receive a Federal Energy Regulatory Commission (FERC) hydropower license.  To learn more about hydropower licensing, visit the Hydropower Reform Coalition’s website.

While it is unlikely that this project will ever advance past this phase, proposals like this underscore the importance of permanently protecting our last, best rivers like the Little Colorado.

If this project is ever legitimately proposed, American Rivers will stop it. We will  intervene in this preliminary permit process, but you too can help by taking action here.

Our predecessors fought off proposed dams in the Grand Canyon at Bridge Canyon and Marble Canyon nearly 50 years ago, protecting the natural and cultural wonder that we love today. Many people, including multiple tribes, came together to stop a proposed tram in the same area of the canyon.

Help us keep Grand Canyon free of dams and other unwise, and unwelcome, industrial development. The Grand Canyon is one of the most iconic landscapes in the world. We aim to keep it that way.