On Monday, a member of the Navajo Nation Council submitted legislation that would authorize $65 million to start construction of the Grand Canyon Escalade. This project is a massive proposed resort development on the east rim of the Grand Canyon. The site itself is within the western Navajo Nation, on the border of Grand Canyon National Park, and above one of the most sacred sites in Native American culture – the confluence of the Colorado and Little Colorado Rivers.

But how could this happen, when the sitting President of the Navajo Nation, Russell Begaye, has stated his outright opposition to the project? Let’s go through the details.

Could the Escalade legislation pass?

Yes. Under tribal law, if the Council has enough votes to pass, it could over-ride a veto from the President’s office, with a two-thirds majority. There are 23 members of the Navajo Nation council, and to be “veto-proof” the bill would have to have 16 supporters. It is hard to know how many votes the bill currently has, but it is going to be close regardless.

Is this really urgent?

Yes. Under Navajo law, there is only a 5-day public comment period, which started Monday, August 29. The comment period (and time when your comments would be filed into the official record) ends September 3rd. If you care about the canyon, you need to speak up now.

How are we working with the Navajo people directly?

How could they build this? Isn’t inside the Grand Canyon National Park land?

Yes and no. The current interpretation is that the National Park service boundary includes the Colorado River, up to the high-water mark. The Navajo Nation boundary extends from the east rim of the canyon, down to that high-water mark line. The developers have proposed that there would be a resort development on the east rim, and terminate down in the canyon just above the high-water boundary line, connected by a 1.4-mile long gondola, all on the Navajo Reservation lands. The development would permanently impact the experience of park visitors and boaters. What is now a wild part of the landscape would become industrialized and crowded.

What about the confluence? Isn’t it sacred?

The confluence of the Colorado and Little Colorado rivers is considered sacred by a number of tribes, including the Navajo. The Navajo do consider the confluence a place of deep spiritual significance, and the Hopi, Paiute, Zuni and other tribes and pueblos revere this place as well. As such, the Intertribal Council unanimously opposed this project in 2015 based on these values.

Exactly HOW could they build it?

That is a good question, since the area is extremely steep, rugged, and remote. Think about it – how would you get equipment staged to build a project like this? How do you get bulldozers and cranes and other heavy equipment into an area like this? A helicopter could not land there, since the only flat spot is in the National Park, which would never allow this. Whatever the developers are thinking, there would be impacts to the river and surrounding lands.

Absolutely, and one of the main objections to this project is on an economic basis. The developers have stated that the project would create 3,500 jobs, but that figure has been argued for some time. The likely construction and infrastructure jobs would overwhelmingly come from outside the reservation, as would most of white collar jobs to run the resort. Some jobs, certainly, could be held by Navajo people, but all 3,500? Not likely.

The other argument is about revenue. Revenues from the resort to the Navajo people start at a mere 8% of the profit, and only increases as more and more people pay to ride the gondola, and tops out at 18% (assuming at least 2 million people pay to ride the gondola per year). Consider for a moment that the main Grand Canyon National Park saw its biggest year ever in 2015, with 5.5 million visitors – would 2 million people ever visit this resort destination 28 miles from highway 89? And how many of them would actually pay (upwards of $40-50 each) to ride the gondola?

This is a really bad deal for the Navajo people, especially those who live in the local area, as the Bodaway Gap chapter would get none of the tax revenue from the project, as well as the Nation being required to pay the $65-million dollar start-up bill to even get the project going.

But, what about people who can’t hike to the bottom of the canyon? Don’t they deserve to experience it as well?

Certainly, and Grand Canyon National Park already provides a world-class visitor experience today. Everyone can experience the canyon in their own way already – you can hike it, you can float it, you can ride a mule, and you can fly over it. And maybe most importantly, anyone can come to the rim of the canyon, sit in the quiet contemplation, and enjoy the view. Smell the air. Watch a raven glide overhead. The Grand Canyon belongs to all of us, for all time, and it should not be diminished..

So what can be done?

Most urgently, sign the petition, and then stay tuned as this saga continues to develop. There will invariably be more ways that your voice can be heard. Thank you for standing up for the Grand Canyon.

43 responses to “Grand Canyon Escalade – How could this happen?”

Voices for the Grand Canyon

This is a guest post by Neil Wagner, a relief pitcher for the Tampa... 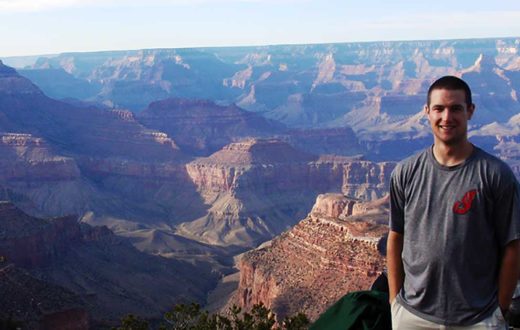