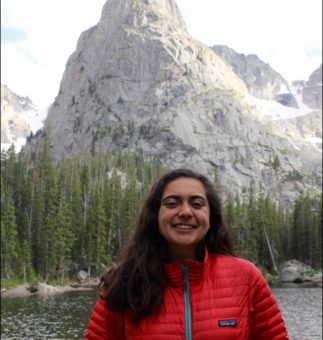 Removing one obsolete dam is an accomplishment. Removing more than 30 in one year is unheard of.

Yet, that’s exactly what Cleveland National Forest (CNF) did in 2018. They removed 33 dams, which accounted for more than 40% of all dam removals in the United States in 2018. These removals are part of a broader effort CNF is leading to restore migratory corridors for fish and other aquatic species known as the Trabuco District Dam Removal Project. When complete, it will result in the removal of 81 dams that are no longer serving a purpose. In 2018, California had the highest number of removals, surpassing Pennsylvania, the leading dam removal state for the past 15 years.

How did they do it?

The Forest’s success is largely due to their ambitious approach to National Environmental Policy Act (NEPA) compliance. The CNF identified dams and other instream barriers as inhibiting stream health, passage for aquatic species, and public safety hazards, and rather than expending resources thinking about each structure individually, they took a watershed-scale approach and evaluated the removal of all 81 dams within Silverado, Holy Jim, and San Juan Creeks within a single environmental assessment (EA).

Dam removals that require a Clean Water Act Section 404 permit or are funded by federal dollars trigger one of three NEPA review processes that vary in review time, level of effort, and depth of analysis. Of the three, a Categorical Exclusion (CE) is the least rigorous, followed by an Environmental Assessment (EA). An Environmental Impact Statement (EIS), the most rigorous process, is generally required only for complex projects with potentially significant environmental impacts. As the level of analysis required by NEPA increases, so does the planning workload for federal staff and any consultants working on the project. This has ramifications on both the project timeline and budget.

Evaluating restoration and removal of the 81 dams in a single EA greatly reduced the time to complete NEPA and cost the Forest roughly $75,000. Additionally, having only one environmental assessment afforded the CNF flexibility in the timing and removal methods for individual dams.

The Trabuco District Dam Removal Project is well-suited for this programmatic approach given the size and proximity of targeted dams as well as their shared characteristics. The dams slated for removal were all small barriers concentrated on four nearby creeks within the Trabuco Ranger District. Nearly all were built or rebuilt by Orange County in the 1970’s to create pools for stocked rainbow trout, conserve water and wildlife, and provide water for fire suppression. This continuity made it easy to lump the dams into one cohesive project.

We also have a strong understanding of the anticipated benefits and impacts associated with dam removal as a river restoration tool. In areas where many small dams are scattered throughout a watershed, the full benefits of dam removal—improved fish passage, enhanced stream habitat, and restored natural stream processes— increase exponentially when project proponents can address multiple dams within the system.  This makes the Cleveland National Forest’s approach necessary from a restoration standpoint and efficient from the permitting standpoint.

For other organizations looking to remove multiple dams, Kirsten Winter, the Forest Service biologist managing the project, recommends the programmatic approach for its efficiency and advises building in as much flexibility as possible regarding timing and removal methods. According to Winter, “This has been a great project and has built many partnerships for the Forest. There is a huge interest in dam removal and many partners are willing to fund this type of work for mitigation or just for habitat improvement.”

New approaches to permitting have the potential to speed the pace of dam removal on federal lands. A 2014 amendment to the Forest Service NEPA regulations added three new categorical exclusions, including modifications to water control structures, which includes dam removals. The new rule, which allows National Forests seeking to remove a dam to complete a Categorical Exclusion rather than a more arduous EA or EIS, increases the efficiency of dam removal projects while still maintaining public involvement and environmental protection.

The Pacific Northwest Region (Region 6) of the U.S. Forest Service is also looking to increase the pace of aquatic restoration by taking an analogous, but slightly different approach to that used by the Cleveland National Forest. They are evaluating a region-wide environmental assessment on Forest Service land in the Pacific Northwest covering a suite of aquatic restoration techniques, including dam removal, rather than addressing specific projects. The premise for this, much like in the CNF, is that the restoration activities selected are ones in which the impacts and benefits of said projects are a known entity and can be predicted.

Hopefully, these alternate paths, along with the “many dams, one NEPA” strategy employed by the Cleveland National Forest will lead to more dam removals on federal land and improve the health of rivers nationwide.