This is a guest blog by Dakota Goodman and Gregory Fitz.

In October 1968, President Lyndon B. Johnson signed the National Wild and Scenic Rivers Act into law. The legislation had been sponsored in Congress by Senator Frank Church of Idaho. The National Wild and Scenic Rivers system was conceived around the remarkable idea that some rivers were so valuable to the cultural and environmental legacy of a region that they, and some of their surrounding area, should be preserved as natural, free-flowing waterways for the benefit and enjoyment of future generations. Since then, almost 13,000 miles of 208 rivers across the country have been protected. Six of those rivers are in Washington.

To celebrate the 50th Anniversary of the National Wild and Scenic Rivers Act, we’re going to spend some time over the course the year telling the stories of Washington’s designated rivers: Illabot Creek, the Klickitat River, the Pratt River, the Skagit River, the White Salmon River and the Middle Fork of the Snoqualmie River. Each is a unique part of Washington’s astounding network of rivers and each earned its designation in the national system through the hard work and foresight of advocates.

In this final installment of our series, we’ll take a closer look at the Middle Fork Snoqualmie River and Pratt River, in Washington’s North Cascades.

The Snoqualmie River takes is name for the Snoqualmie People, (Sduk-al-bixw) a Coast Salish Native American people whose ancestral home included the Snoqualmie Valley. A federally recognized treaty tribe, many Snoqualmie members still live and work in the region and rely on the surrounding national forests for subsistence harvest.

The Pratt River begins as a tiny creek when it drains from Upper Melakwa Lake. From there it flows into the larger Melakwa Lake and continues almost 10 miles to the confluence with the Middle Fork of the Snoqualmie River. It is named for George A. Pratt, a prospector of European descent who discovered iron deposits in the area in 1887.

The Middle Fork of the Snoqualmie River and the Pratt River were both designated as Wild and Scenic in December of 2014. They were included in a package of public lands bills that was attached to the 2015 National Defense Authorization Act and signed into law by President Obama. In Washington, the bill expanded the Alpine Lakes Wilderness by 22,000 acres and protected 27.4 miles of the Middle Fork of the Snoqualmie River and 9.5 miles of the Pratt River within the Wild and Scenic River System. Included in this legislation was 14 miles of Illabot Creek, which we profiled in our last post in this series.

Like many rivers throughout the country, the Middle Fork Snoqualmie and Pratt’s Wild and Scenic designation was the result of many years of dedication on the part of river and wilderness advocates. The rivers flow through an area of immense rain and snowfall and are prone to dramatic flooding. Dams had often been proposed and remained a contentious issue in the Snoqualmie valley, despite the widespread regional appreciation for the undeveloped nature of the watershed. As early as 1990, the U.S Forest Service had recommended the Middle Fork Snoqualmie and Pratt Rivers as eligible for Wild and Scenic designation based on their “outstanding, regionally significant recreation, fisheries, wildlife, geological and ecological values.”

It took years for that recommendation to be acted upon, but in August of 2007, Representative Dave Reichert and King County Executive Ron Sims, and others, announced a proposal to expand the Alpine Lakes Wilderness and include the Middle Fork Snoqualmie and the Pratt Rivers in the National Wild and Scenic Rivers System. Unfortunately, the bill never came up for a vote in the 110th Congress.

The Middle Fork of the Snoqualmie River and Pratt River: Today

The Middle Fork Snoqualmie and the Pratt Rivers remain a pair of beloved, crucial Washington watersheds in a state rich with hundreds of beautiful river miles. They flow through a rugged valley only about hour outside of Seattle and are among the rivers most used by anglers, paddlers and whitewater rafters because of their proximity to the state’s major population center. Native cutthroat trout and whitefish thrive in these waters. Flowing from high, protected headwater lakes, both rivers contribute important clean water resources to the downstream communities and, eventually, the lower Snoqualmie and Snohomish Rivers. The valley hosts many hikers, boaters, anglers, and mountain bikers along vast networks of trails and the protected forests and riparian zones are exceptional habitat for all sorts of species, an especially important feature in an area slow close to a fast-growing city.

Presently, the Forest Service is working on developing a Comprehensive River Management Plan (CRMP), a process required by the Wild and Scenic Rivers Act post-designation. They are gathering input from the public, tribes, and state and local agencies to inform this long-term management plan that is used to protect and enhance important values of the Middle Fork Snoqualmie and Pratt Wild and Scenic Rivers of the Mt. Baker-Snoqualmie National Forest. The CRMP will provide guidelines for the river and land management and­­ identifies the ways in which the Forest Service will protect and enhance the Wild and Scenic Rivers’ free flowing condition, water quality, and “outstandingly remarkable values.”

For more information on the planning process or to provide input during the river assessment, please visit tinyurl.com/MidForkSnoqualmie. The Forest Service is accepting comments from now through March 15, 2019. 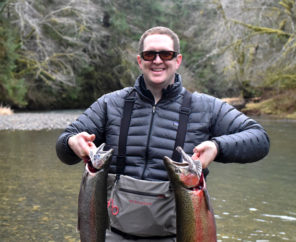 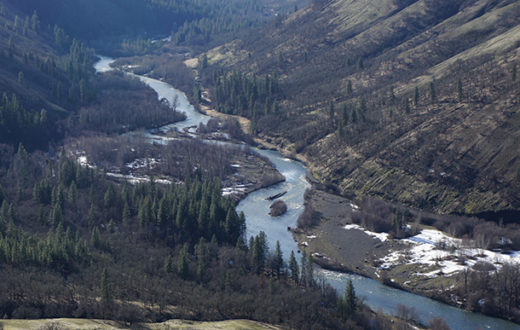 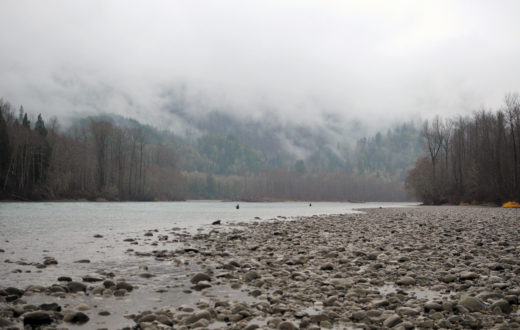 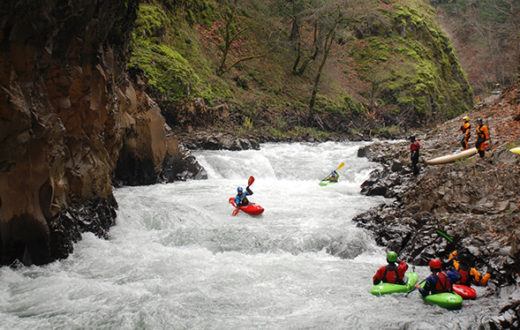 Fifty Years of Wild and Scenic Rivers in Washington: The Klickitat River

Fifty Years of Wild and Scenic Rivers in Washington: The Skagit River and Illabot Creek

Fifty Years of Wild and Scenic Rivers in Washington: The Skagit River and Illabot Creek
In this third installment of our series, we’ll take a closer look at Washington’s...