The Mokelumne River became California’s newest Wild and Scenic River when Governor Jerry Brown signed the natural resources budget bill in the last week of June 2018. Protection of 37 miles of this magnificent river in the Sierra Nevada foothills – from Salt Springs Dam to a point just upstream of Highway 49 – became a reality after decades of advocacy by Friends of the River, Foothill Conservancy and other conservation groups. The unusual legislative vehicle used to protect the river – the natural resources budget trailer bill – became possible due to a rare consensus between conservation groups, water agencies and the California Natural Resources Agency (CNRA).

In response to 2016 legislation authored by Assembly member Frank Bigelow (R-O’Neils), the CNRA conducted a study to determine the Mokelumne’s eligibility and suitability to be protected as a state wild and scenic river. Released in early 2018, the study found the river to be free flowing to possess extraordinary scenic and recreation values. More than 1,700 people responded positively to the draft study’s conclusion that the river was suitable for state protection. The final report proposed special language to ensure that state designation did not affect existing water rights and facilities and that future additional rights to water from the Mokelumne could be acquired for projects that avoided harm to the river’s flow and extraordinary values.

Representatives from Friends of the River and the Foothill Conservancy worked out the language with water agencies from Amador and Calaveras Counties, East Bay Municipal Utility District (EBMUD), and the CNRA. In response, the local foothill water agencies withdrew their long-standing opposition and formally supported wild and scenic protection for the Moke.

“It took several years to reach agreement to protect the Mokelumne River for present and future generations,” stated Eric Wesselman, Executive Director of Friends of the River. “But with some persistence, we eventually developed the political consensus needed to protect this magnificent river in the Sierra Nevada foothills,” he said.

“This is a landmark achievement,” said Scott Ratterman, Calaveras County Water District Board president. “We are proud to have reached a consensus with all stakeholders that protects local water rights and the river for future generations.”

The support of the local water agencies neutralized opposition from local supervisors in Amador and Calaveras counties. EBMUD, which delivers clean drinking water from the Mokelumne to 1.4 million customers in the east Bay Area, has supported wild and scenic protection for the river since 2015.

The turn-around in the river’s political fortunes was dramatic. The foothill water agencies managed to block passage of 2015 bill by Senator Loni Hancock (D-Berkeley) that would have added the river to the state wild and scenic rivers system. Ironically, the Hancock bill included water rights assurance language similar to the special language worked out with the CNRA and subsequently included in the budget trailer bill.

The Mokelumne is the seventh river protected as a state wild and scenic since the system was established in 1972. California wild and scenic rivers are protected against destructive dams and diversion projects and state agencies are required to protect the rivers’ free flowing character and extraordinary scenic, recreation, fish and wildlife values. Friends of the River played a key role in adding rivers to the state system since 1986.

Since 1988, Friends of the River and the Foothill Conservancy have worked together with their conservation allies to protect and restore the Mokelumne River. The groups advocated for federal wild and scenic river protection through land and resource plans by the U.S. Forest Service and Bureau of Land Management. They secured improved flows and recreational access through the federal relicensing process for PG&E’s extensive hydroelectric facilities on the river. They successfully pressured EBMUD to restore public recreational access to the river downstream of Highway 49. Along the way, three dam projects were shelved due to opposition by conservation groups. Now, 37 miles of the river are permanently protected by the state.

The newly protected segments of the Mokelumne River represent an important recreational resource for residents of Amador and Calaveras counties and their tourism-based economies. Protection of the river was a long-time priority of the locally-based Foothill Conservancy and other local conservationists.

“I can’t begin to tell you how happy we are,” said Katherine Evatt, board president of the Foothill Conservancy. “It’s a tremendous day for our community. People really love the Mokelumne. We have worked for decades to ensure that this beautiful river is protected for generations to come, and finally, the upper Mokelumne is a California Wild and Scenic River.”

Steve Evans was hired by Friends of the River in 1988 and has served as Conservation Director from 1990 until June 1, 2011. He has more than 35 years of conservation policy experience in public lands and resource issues. He successfully encouraged federal agencies to identify more than 3,000 miles potential Wild & Scenic Rivers and has played a key role in the legislative expansion of the federal and state Wild & Scenic Rivers Systems in California. 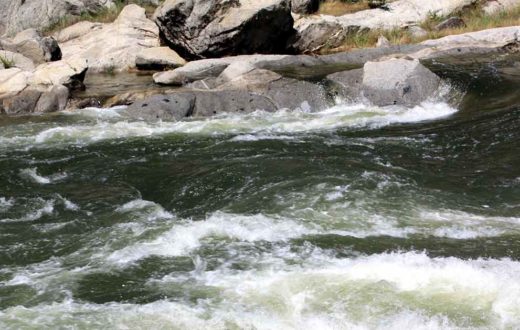