This guest blog was written by Sarah Evans and is a part of our blog series on America’s Most Endangered Rivers® – Rivers of Bristol Bay, Alaska.

I grew up in the Bristol Bay, the salmon capital of the world. My family first lived in Manokotak, a small village on the Igushik River. When we moved there, my mom wanted to make friends right away, so she brought me down to the beach where all the local women were filleting salmon. And she asked if she could help. But when my mom brought out a filet knife, the women busted up laughing, they said, “Are you crazy? We don’t use a man’s knife here,” and handed her an ulu and taught her to fillet salmon the Yup’ik way.

I should pause to explain my mom a bit, she was beautiful and was always done up to the nines. She always had perfect makeup, with bright pink lipstick – the lipstick was her signature look. She loved pink anything and loved wearing high heels. At the time, Dillingham had mostly dirt roads, but she still wore heels most days.

When I was seven, my family moved from Manokotak to Dillingham, a larger community, where every fall they held the No-See-Um Festival, which includes a salmon filleting contest. Local women competed to see how many salmon they could filet in 10 minutes. Our first fall, my mom walked over to sign-up, and I could see the locals giving her strange looks as if to say, ‘who the hell is this fancy chick,’ and laughing at her pink rubber boots (bought from a Martha Stewart catalog). But sure enough, my mom annihilated all of them in the contest with her ulu! Jaws dropped to the ground. I have never been so proud or seen my mom so happy. And from that moment on, I was hooked on salmon.

I’ve spent every summer completely salmon-obsessed. I have been a commercial fisherman, a sport fisherman, and massive subsistence user of salmon. I have studied salmon from an anthropological and biological perspective. But my greatest salmon accomplishment was earning my spot at the fish splitting table.

The splitting table is a sacred place. It’s where women gather together to do much more than just put salmon away for their family to eat throughout the winter. To be able to join the table is a rite of passage, and an honor you have to earn. When I was a kid I wanted so badly to be at the table – I wanted in on the jokes and secrets. I desperately wanted my own ulu! But I had to work my way through the ranks: umping fish guts, making sure there were buckets of water to clean the table, hanging fish strips in the smokehouse, and other chores. When I was 16, I had made it through the gauntlet, and I had a spot at the table – and my very own ulu. Finally, I was able to laugh with the women because I was in on the jokes, the stories, the secrets and the drama. I thought of us all as the Queens of the Bristol Bay!

Not long after, my community and many others became aware that the salmon that hold our communities together was threatened by the Pebble Mine. So for more than a decade, we’ve been fighting to ensure that there would be splitting tables for generations to come. The fight has had its ups and downs, but through it all, we’ve never lost hope and never given up. And along the way, there’s been some fun.

A few years back, we got the greenlight to host a Salmon Day at the Alaska State Fair. We decided to do salmon print t-shirts with kids – give parents a break from their sugar-riddled kids, and give kids a fun salmon memento to take home. The night before we left Dillingham for Anchorage to go to the fair, we realized we didn’t have any salmon to use for the prints! No problem, right? We were Queens of Bristol Bay. We could get up early catch some silvers before flying out. Of course, that plan didn’t go as expected, and we only got two fish from our expedition.

We knew we needed more for the booth, as hundreds of people would be at the fair. But it was late August, and we couldn’t find anyone with whole fish still. Everyone had processed theirs for winter. Still, we were Queens of Bristol Bay. We thought we could catch some around Anchorage.

Our crew of Bush Rats in the Big City started trying to find our natural habitat. We got a tip that there were some great creeks north, and headed out. By the time we find some salmon in a shallow creek, it is dark out, and we couldn’t see much. We manage to catch a few humpies with our bare hands and toss them in a garbage bag. Back at the hotel, we shoved the garbage bag into our mini-fridge, having never looked at our catch. The next morning we wake up and the whole room smells unbearable. We open the fridge, and completely rotten, mushy salmon fall out. Even if we could use them without puking, they’d fall apart on the first print. Now out of time, we realize we’re going to have to settle for herring purchased at a nearby fish market.

The shirts were still a hit, the parents were happy for a break from their kids, and we lived to fight the Pebble Mine another day.

I am fighting the Pebble Mine so I can help protect Alaska’s most valuable resources: our clean water, our clean air, our fisheries, wildlife and our people! I’m fighting so that all of us can pass on our knowledge, our stories, our experiences to the generations to come, and so that one day we all have a chance to make it to the fish splitting table. I know that if my mom were still alive she’d be standing here right next to me with her heels on and a one-of-a-kind pink No Pebble Mine t-shirt on, fighting with us all.

Editor’s Note: You can also listen to Sarah’s story here. 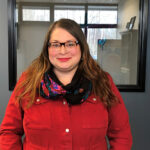 Sarah Evans is from Dillingham, Alaska, newish to Anchorage. She spends most of her free time outdoors with her two dogs, or sitting somewhere with a drink in her hand obsessing over Alaskan politics.

One response to “The Queens of Bristol Bay, Alaska”

Saving Bristol Bay and the Local Way of Life

The fight to protect Alaska's Bristol Bay continues. While the public has shown their... 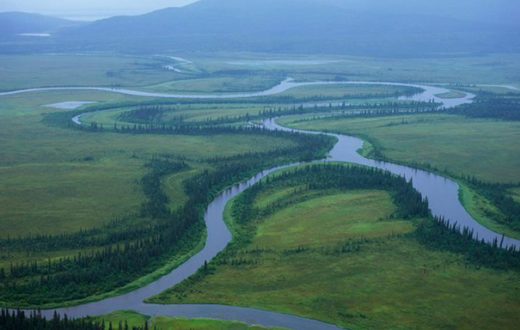 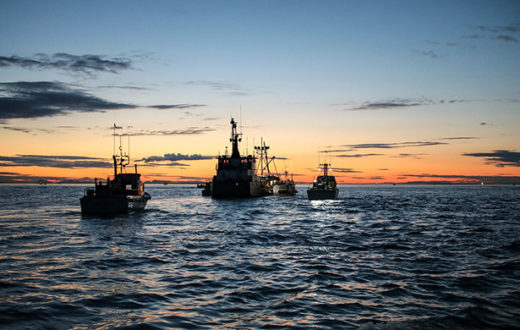 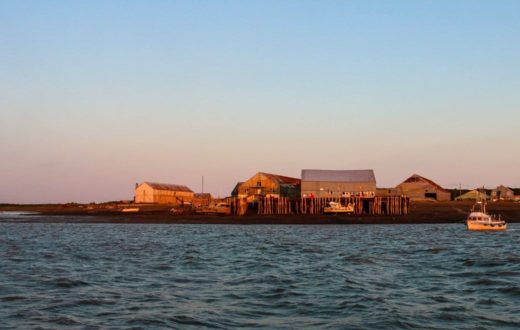 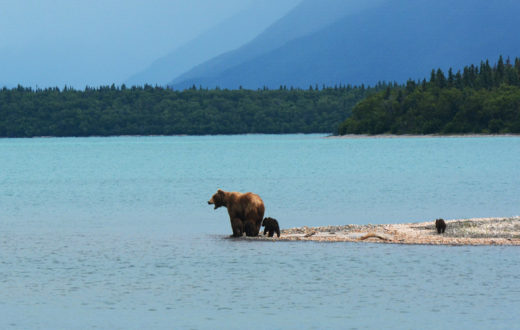