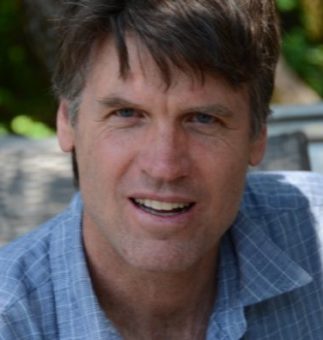 Today’s blog was originally published by Charlton Bonham and Steve Rothert as an op-ed on The Sacramento Bee.

If the Yuba Salmon Partnership Initiative agreement is concluded, it would create the first “collect-and-transport” program for salmon in California, like those used at numerous dams in Oregon and Washington. Salmon need access to their habitat above dams in the Sierra Nevada now, not later.

After years of study, we have learned that the choice in the Yuba River is not whether to remove the Corps of Engineers’ Englebright Dam, as suggested by Yvon Chouinard and Matt Stoecker (“The wrong way to save salmon on the Yuba,” Viewpoints, July 23).

Rather, it is a choice between re-connecting salmon to 30 miles of prime habitat soon, or doing nothing for decades while attempts are made to address the environmental, financial and public safety challenges of removing the dam.

At 260 feet high, Englebright is too tall for fish ladders.

It holds 28 million cubic yards of debris, some of it contaminated with arsenic, mercury and other toxic substances. That material would have to be removed prior to breaching the dam, or it would pose a potentially serious risk to downstream communities.

Removing the dam could cost as much as $3 billion, but would not give salmon access to the best habitat in the North Yuba River.

We agree that transporting fish around dams in trucks is not ideal. Fish agencies will need a strategy for bringing salmon back in each unique watershed. Sometimes dam removal will be the best choice, other times not.

We must make progress wherever and however we reasonably can to recover California’s salmon and steelhead runs. We choose to act now. We invite advocates of removing Englebright Dam to work with us to ensure our effort is successful, until other strategies become viable.

Charlton Bonham is director of the California Department of Fish and Wildlife. Steve Rothert is California Regional Director of American Rivers.