Historically, Colorado has had a love-hate relationship with the 1968 Wild & Scenic Rivers Act. While we have unarguably some of the wildest and most scenic rivers in America, Colorado has only one such designated section – the Cache la Poudre River above the city of Ft. Collins. New Jersey, a much smaller state with many fewer river miles, has five designated Wild & Scenic Rivers.

So why? The reason lies in the both real and perceived limitations such designation would place on how water is “developed,” and its various uses, across the state, including potential limitations on longstanding diversions for municipal and agricultural water needs. Unlike New Jersey, Colorado is an arid state where water is precious, and rivers often have been regarded as natural conduits for delivering and storing water that can be diverted and used, rather than as natural systems that need freedom and nurturing to thrive.

The Colorado River is a prime example, as the most over-tapped and heavily diverted river in the state.

Yet In 2007, the Bureau of Land Management and White River National Forest found the upper Colorado River, just downstream from its source in Rocky Mountain National Park as “eligible” for designation as a part of the Wild and Scenic River system. This finding alarmed the Front Range water providers, who siphon large amounts of water across the continental divide to the cities and farms of the East Slope. It is commonly said that “80% of Colorado’s water falls as snow on the West Slope, while 80% of the people live on the East Slope.” The last thing Front Range water providers have wanted was another layer of federal restrictions that could curtail their ability to move more water to thirsty cities in the metropolitan corridor.

There has long been strong support for Wild & Scenic River designation from conservation groups and others on both sides of the divide. These efforts would help protect what are called Outstandingly Remarkable Values, or ORVs, which qualify a river as eligible for protection. ORVs may be related to fish, wildlife, geological, or recreational values. Now, in this newly emerging recreation economy, these ORV’s are the backbone of some of the States’ most important and valuable draws to tourism, recreation, and rural lifestyle. More recently, Front Range diverters have recognized the importance of these ORV’s not just to the West Slope headwater communities, but to the State as a whole. The recreational opportunities and businesses depending on white water rafting and fishing are a huge economic asset. The fact that this all exists within a series of beautiful and remote canyons doesn’t hurt either.

Over the past 12 years, a group of people involved in the upper Colorado was established to try and develop a plan, and later an associated process, to protect the various values of the river, along with West Slope economic needs, while retaining flexibility for Front Range water users. What emerged from this effort was a multi-stakeholder plan to protect the river while addressing each of these needs, and establishing metrics for evaluating the condition of the ORV’s along with a process for resolving potential problems, should the river begin to show increasing signs of stress. While taking considerable effort by everyone involved, the process is working.

In 2015, the BLM and Forest Service recognized this process as an alternative to a “suitability finding” for Wild & Scenic designation. This sparked a five year “provisional period” where all the interested parties could come back to the table to hammer out a final management plan. There was light at the end of the tunnel to help give the river the protection it deserves, while providing certainty for existing and future water users. If the collaborative planning failed, the Upper Colorado River would retain its eligibility status and would have to undergo another suitability study.

The provisional period wrapped up in June with the adoption of the final, agreed-upon plan to evaluate, mediate, and provide solutions to protect the various values of the upper Colorado River, from the town of Kremmling all the way to Glenwood Springs.

This plan is a “living” document, and will be for some time. For instance, work is still being done to finalize a plan to collect, analyze, and monitor data over a longer period for fish, insects and sediment levels. An endowment fund is providing long-term financial support, to continue to discuss topics around governance, finance, scientific monitoring, and other cooperative measures to regularly check-in on progress to keep the Plan working, and stakeholders accountable.

The Wild & Scenic Stakeholders Group and resulting plan is not far from a traditional, Federally authorized Wild & Scenic designation. The newly Amended and Restated Plan provides a detailed process for cooperative monitoring and management of the ORV’s. All of the stakeholders are committed to making sure the Plan succeeds.

It has taken 12 long years to get here, and the work certainly continues. The stakeholders have gotten to know each other, and most importantly have built a rapport of trust and engagement with one another. Yet with the overarching goal of protecting the upper Colorado for a wide variety of uses, while providing certainty and good health for the river itself, the efforts put into this process will benefit everyone involved for decades to come. 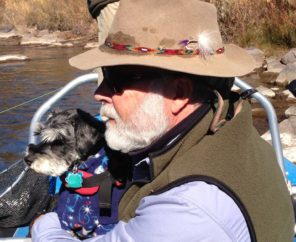 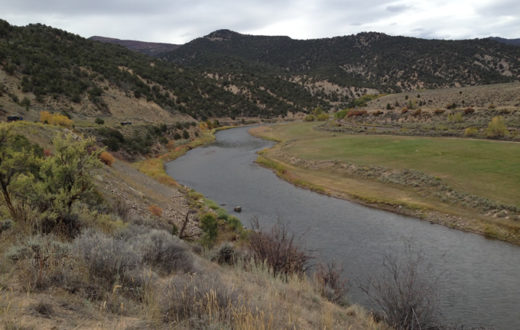 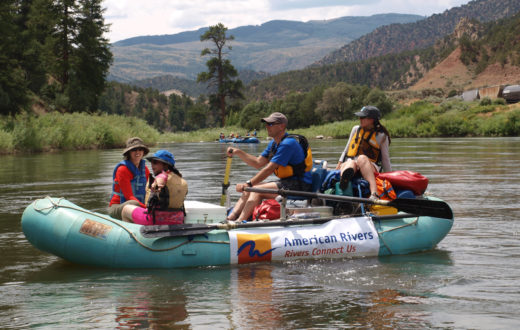 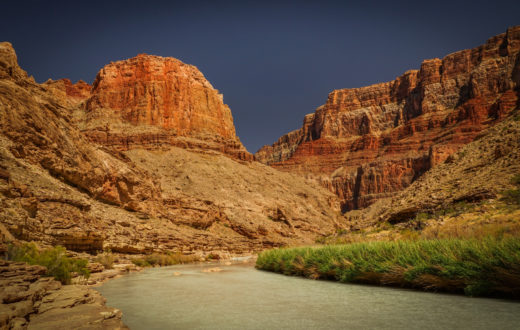 Gateway to the Upper Colorado Permanently Protected
Dewey Park was recently protected and is seen as the scenic gateway to the...

An Important Step for the Colorado River
While not a silver bullet, efforts to pass the DCPs in both the Upper...

Colorado River Initiative: Purposeful Protection of River Corridors
River fun in Eagle County has historically been concentrated along the upper reaches of...

Help Us Fight New Dams Proposed in the Grand Canyon

Help Us Fight New Dams Proposed in the Grand Canyon
What is now one of the wildest and most sacred parts of the Grand...