The Snowpack is huge, so we are saved, right? 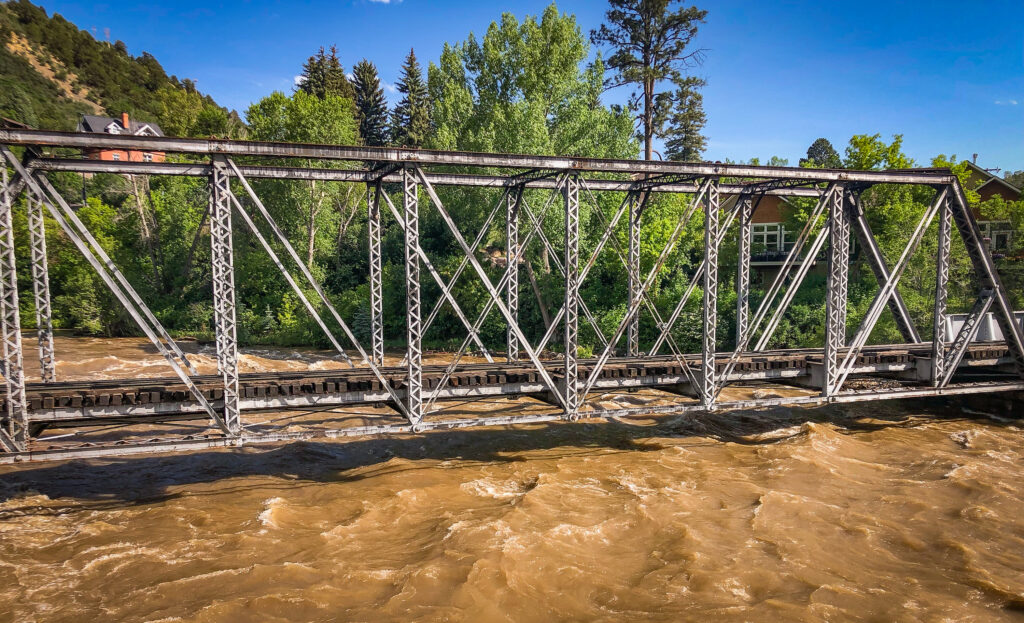 The winter we all just experienced was, in some ways, downright epic. The ski season at a number of resorts across the state is still in full swing, yet the kickoff to the rafting season has actually been a bit halting – since in some rivers there is just too much water to be safe. The Animas and the Rio Grande, for instance, have temporarily halted rafting and fishing operations from providing guide services on certain stretches until the peak flows have passed.

Snow Water Equivalent maps, like this one from the NRCS, are reporting totals in the hundreds, or thousands, or even tens of thousands of percent above normal for every day that goes by. Lake Powell has risen over 25 feet since mid-April (potentially gaining up to 50 feet before all is said and done,) and there is still much snow in the upper elevations (above about 11,000ft.)

And, for the first time in nearly 20 years, there are no declared drought declarations anywhere in Colorado.

So we’re good, right? No need to worry?

One wet year doesn’t make up for the array of problems that residents across Colorado, and more urgently across the entirety of the seven state Colorado River Basin, have been dealing with for nearly two decades. Diligence and planning are still essential for future sustainability in the Southwest – we were just given an opportunity to catch our breath for a hot minute.

Back to Lake Powell – in the best-case scenario, the reservoir may only fill to about 54% of its capacity after this year’s runoff is all said and done. Granted, it started the year around 40%, so this is a big improvement, but still not enough relieve concern of a serious deficit for years to come. Then on to Lake Mead, where the lake levels are only projected to remain fairly steady, continuing the threat of a looming shortage in Arizona. In short, just because we had one solid year of snowpack (which supplies about 80% of the water in the Colorado River basin,) that doesn’t mean that the overall imbalance in the system has been solved.

The Lower Basin states use more water than the Upper Basin states can reliably supply. This is called the Structural Deficit, and is caused by a number of factors around how the Colorado River and its tributaries are legally bound to manage water for the 37 million people and $1.4 trillion economy that depends on it. So what do we do about this situation?  In short – everything is better with a plan.

Ultimately, what we are talking about here is reducing risk – risk to the river, risk to our economy and lifestyle, risk to our society. Taking these actions now reduces that risk.

First and foremost, the Colorado’s Water Plan, which provides a roadmap to putting Colorado on better footing with how we encourage water conservation in cities and towns across the state, how we help agricultural users grow more crops with less water, and how we work together to keep more water in rivers and provide resilient ecological health for streams across the state. Now, the time has come to fully fund the implementation of the Plan to ensure a thriving Colorado for years ahead.

Next, we have signed Drought Contingency Plans, which provide guidance for how different states, and users within those states, manage their water supply obligations over the coming years. Are they perfect? Are they silver bullets? Absolutely not, but they have provided a framework for collaboration and forged relationships that will become even more urgent as the states begin negotiating even more critical policies for how the river will be managed in coming years. The real work is just over the horizon.

Lastly, the concept of Demand Management, which is a mechanism by which water users, like ranches for instance, can reduce their use and let more water flow by their head gates, while earning compensation for doing so without completely losing their long-term access to water. Quite simply, this program can help keep more water in rivers for fish, wildlife, and recreation across the Colorado River and its tributaries. Demand Management is one strategy being considered and tested to deal with a growing population and an increasingly urgent reduction of our basic water supply due to climate change.

In short, there are solutions to the array of challenges that are facing the Colorado River, and the people and economies who depend upon it. What it means, though, is that people have to do the hard work of setting aside serious differences, contemplate real solutions, and be considerate of the various interest groups who rely on, and love, the Colorado River.

There are no simple answers to a century of complex problems – and one good year of deep snow certainly is not a get out of jail free card in this current situation. Only with planning and concerted effort will we forge a path to better sustainability for our rivers, and the people who depend upon them, across the west.