This month marks the 150th anniversary of John Wesley Powell's expedition down the Green and Colorado rivers. The anniversary is a time to reflect on Powell's forward-thinking ideas when it comes to water conservation and river management -- especially in an era of climate change.

Follow us on Instagram as we track Powell’s journey over the next several months with National Geographic photographer Pete McBride.

One hundred fifty years ago this month, John Wesley Powell –scientist, explorer, and Union Civil War veteran (he lost his right arm at the Battle of Shiloh)  – launched his wooden boat on the Green River in Wyoming in what would be the first scientific study and expedition down the Green and Colorado rivers. 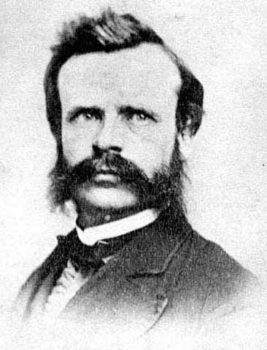 Powell and his men mapped and described the wild rivers and stunning landscapes. His journal entries chronicled the whitewater rapids and challenges in the Colorado River’s Grand Canyon. River runners today read his words aloud around evening campfires: “We have an unknown distance yet to run, and unknown river to explore.”

In some ways, Powell was clearly a man of his time.  Like other explorers of the American West, his work ultimately caused tremendous harm to Native American communities, opening traditional lands to development and exploitation and supporting government efforts to exterminate traditional ways of life.

In other ways though, Powell was far ahead of his time, particularly when it came to water. In 1878, he delivered his Report on the Lands of the Arid Region to Congress, which presented his ideas on how to encourage settlement of the west while respecting and conserving scarce water supplies.

“Many droughts will occur; many seasons in a long series will be fruitless,” he warned. 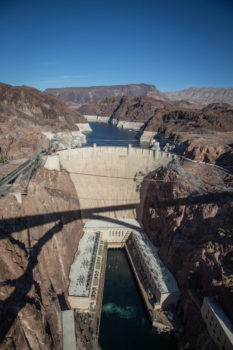 Powell didn’t just sound the alarm about the perils of destroying scarce water resources with unchecked development. He presented solutions that, today, are more relevant than ever. He advocated planning around watersheds – the natural basins through which water flows — as opposed to using traditional political boundaries. His ideas around local decision-making, scrapping government subsidies for big water projects, and the importance of living within our means when it comes to water should help inform water management today.

The Green and Colorado rivers, and the communities along their banks, have changed a lot in 150 years. And while climate change now poses serious threats to our rivers and water resources, there is cause for hope. Today, we have a new generation of explorers and pathfinders – one that, unlike Powell and his 19th century comrades, includes indigenous, Latinx and others who are blazing new trails toward equitable water solutions and a more sustainable future.

We’re also seeing unprecedented collaboration among states that share Colorado River water, to ensure the west will be a place of thriving cities, productive agriculture and a healthy environment for generations to come.

As we mark the anniversary of Powell’s exploration, we should amplify Powell’s calls for water sustainability and stewardship in the west and nationwide. We should also learn from the mistakes of the past by ensuring that historically marginalized communities and communities of color play a lead role in making critical decisions about rivers and water. When it comes to managing our most precious natural resource, water, for the next 150 years and beyond, we must chart this course together.