Join us, as we embark on a new podcast series, Ripple Effects, a look into the many different local connections river towns have with their hometown rivers across Colorado.

Over the last decade, communities across the country have realized that protecting and restoring their local river encourages recreation, creates an economic engine for the region, and strengthens connections across the community. Over the last decade, many communities have changed their outlook on rivers and discovered the many benefits of a healthy ecosystem, including how recreation in river corridors improves and sustains local economies.

Join us, as we embark on a new podcast series, Ripple Effects, a look into the many different local connections river towns have with their hometown rivers across Colorado.

Here in Colorado, river related recreation is not only a quality of life benefit but also an economic engine, contributing over nine and a half billion dollars and 80,000 jobs to the state’s economy. Protecting and restoring rivers improves local quality of life by putting people in contact with the outdoors, providing green space, and offering ample opportunities to recreate and move outdoors, while also connecting community members with each other and the local treasures in their city. 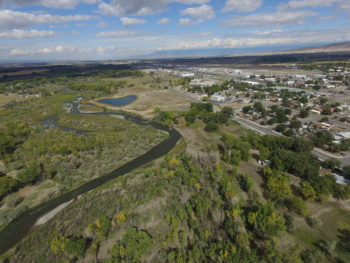 The City of Montrose is one of the many Colorado communities who have reconnected with their local river. Earlier this fall, I spent a morning along the Uncompahgre River in Montrose, Colorado talking with city representatives, including City Manager Bill Bell about the importance of the Uncompahgre to their community. Here is what Bell had to say about Montrose’s efforts to connect to its local river:

“The Uncompahgre River flows through the City of Montrose and for many years, the Montrose community had turned its back on the river.  Unfortunately, we focused on the river for utilitarian purposes only.  That has all changed!  Over the past several years, we have changed our focus to highlighting our river as a wonderful natural amenity that helps to foster the Montrose lifestyle based on healthy and active living, as well as outdoor recreation.  We not only promote our river corridor as a destination for rafters, kayakers and stand-up paddle boarders, but we also advertise the great fishing opportunities that exist throughout town.”

The Uncompahgre River is now an important corridor for the City of Montrose. Not only does it provide river access for the residents and tourists that come to enjoy the six mile “daily run” on the Uncompahgre, but the river is followed by an amazing bike and walking trail for many to enjoy. The popular walking trail will soon be extended, matched by GOCO dollars, for another 2 miles, connecting the community to their newest river recreation project, the Colorado Outdoors project, a river restoration and multi-use project.

The Colorado Outdoors project is a significant undertaking for the City and its partners, including Mayfly Outdoors, a fly-fishing company helping spearhead the project. Unlike some projects, this public-private partnership to restore over a mile of the Uncompahgre, bring new recreation opportunities including fishing and boating access along with the new walking trail, and improve the local economy has a unified, collaborative vision. 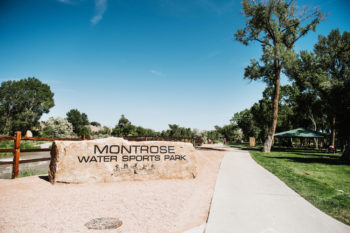 Montrose, like many other communities in Colorado, understands the importance of a healthy, flowing river for their community. Tune in today to hear more about the City of Montrose’s connection with the Uncompahgre River and the collaborative nature of the river revitalization process.

Ripple Effects is a sub-series of American Rivers’ podcast We Are Rivers. Join us as we explore more Colorado river towns like Montrose, Durango, and Steamboat Springs that have reconnected with their local river and have experienced the ripple effects that only a local river can provide.