Celebrating the Rivers of America

The upcoming anniversary of the National Wild and Scenic Rivers Act on October 2, 2018, is a cause to celebrate the legacy of all who have worked for the health of America's finest streams. 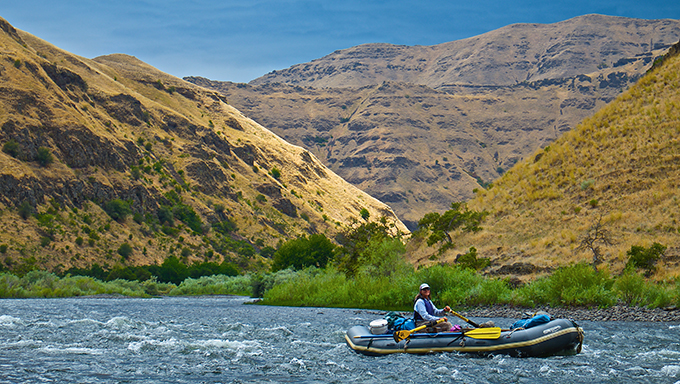 This guest blog is by Tim Palmer, photographer and author of “Wild and Scenic Rivers: An American Legacy.”

When I need to brighten my day, I go to the river.

I walk along the shore, or sit for awhile at the water’s edge and listen to the swish, or the babble, or the exciting bubbly rush of flow. Always moving when the rest of the landscape is still, the river holds me rapt, and if I stare long enough, it mesmerizes and takes me away to a special place where the rest of the world — along with its eternal complications, everyday demands, and political disappointments — seems like a thousand miles away. And floating on the river is even better, drifting with the current wherever it goes. 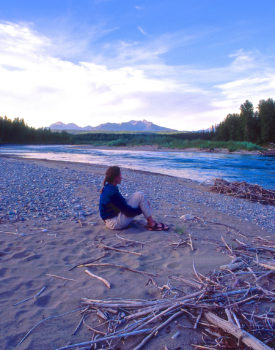 Montana’s Flathead River was one of the original eight rivers to be protected under the Wild and Scenic Rivers Act. | Tim Palmer

Part of the appeal of rivers likely has an evolutionary context: our bodies are nearly 70 percent water, and every drop comes from a river or from groundwater, which is inseparably connected to the surface flow. Rivers are essential to our lives and communities, and they also create the finest of all wildlife habitat. Their free-flow from mountains to sea makes possible the iconic runs of salmon and steelhead in the Northwest, and of other fish throughout the nation.

Through the 1960s our natural rivers — and all of their attributes — were being lost at an astonishing rate by the construction of large dams. Some 70,000 had been built on virtually every major river, and hundreds more were proposed, planned or under construction regardless of their economic worthiness, their hydrologic capabilities to supply water, or their unintended but harmful effects on fish, wildlife, recreation and landowners.

Rising against this backdrop of gung-ho damming, Congress passed the National Wild and Scenic Rivers Act in 1968 with unanimous support in the Senate and with a bipartisan 265-7 vote in the House. Seeking balance of federal policies that for a century had encouraged development at any cost, the law recognized that some of our finest natural streams should remain the way they are. The new law represented nothing less than a new way for a nation to regard its rivers, its landscape, and its environment.

For selected rivers, the program bans dams or other federal projects harmful to the streams, and it encourages other means of protection for fish, wildlife, water quality and historic values. Intending to go beyond the initial 8 designated rivers (12 counting major tributaries), the Act established protocols for adding rivers to the system. 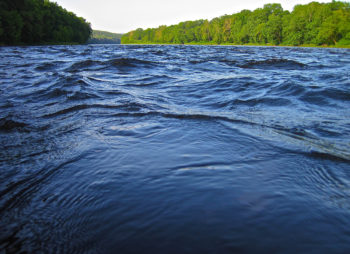 Designation in this foremost program for river stewardship sets the stage for better management of recreation of all types. The resulting national prestige has also bolstered efforts to protect streamfront open space, to reinstate healthier flows in diverted sections of some rivers, to develop trails, and to reinforce local communities and economies.

Today, as we near the 50th anniversary of the Wild and Scenic Rivers Act, nearly 300 rivers have been set aside nationwide. That spells success, though among 2.9 million miles of rivers and streams in the nation, only 0.4 percent are safeguarded in this program.

The upcoming anniversary of the National Wild and Scenic Rivers Act on October 2, 2018, is a cause to celebrate the legacy of all who have worked for the health of America’s finest streams. It also challenges us to do more. Perhaps most important, national recognition through this federal law — enacted half a century ago — can inspire all to engage further in ongoing efforts aimed at protecting and restoring these and other waterways.

Learn more about how we’re celebrating the 50th anniversary of the Wild and Scenic Rivers Act by visiting 5000miles.org.

Tim Palmer is the author of Wild and Scenic Rivers: An American Legacy, which tells the lively history of river protection through this national program with 160 spectacular color photos. See this and Tim’s other work at www.timpalmer.org.

2 responses to “Celebrating the Rivers of America”