Deep into a multi-day trip on the Wild and Scenic Rio Grande in Big Bend National Park, I was swimming in the river. It was at the end of a hot day. Canyon walls rose around me and the cool currents felt good. And I wondered, am I in the U.S. or Mexico? I’d been told that the border is the middle of the deepest channel. But isn’t that constantly changing, on a monthly or weekly or hourly basis? When a river is a border, are boundaries fixed or fluid? People may care where the border is, but the river doesn’t. With all the noise around #BuildThatWall, what could we learn if we stopped for a minute to listen to the river?

We set up this trip in February to celebrate the 50th anniversary of the Wild and Scenic Rivers Act – the actual anniversary of the signing of this landmark law will be October 2, 2018. Senator Tom Udall from New Mexico joined us on the trip – his father Stewart Udall was Secretary of the Interior under President Johnson, who signed the Act. So did Ted Roosevelt IV, whose great-grandfather was the 26th President of the United States, and Nick Paumgarten, a writer from the New Yorker.

Nick’s New Yorker story does a great job capturing our adventure and describing some of the issues facing the river (read the article).

The New Yorker story covers the controversy of new border wall construction, as well as an idea that has been percolating for decades: the creation of a bi-national park to permanently safeguard public lands in Texas and Mexico. Similar to Waterton-Glacier International Peace Park connecting Montana and Canada, a park encompassing the Rio Grande would tie together critical ecosystems on a grand scale. It’s an alternative vision, the opposite of a wall. A bi-national park would be about connection and collaboration. It could symbolize abundance and courage and generosity. Not the fear and separation that the wall stands for.

We need big ideas like that. Our rivers and public lands deserve nothing less, especially now, when the Trump administration is lobbing new attacks daily. That is why American Rivers and our partners launched the 5,000 Miles of Wild® campaign to designate 5,000 new miles of Wild and Scenic Rivers nationwide, in celebration of the 50th anniversary of the Wild and Scenic Rivers Act. For our clean water, our shared natural heritage, our children. Our future.

River guide Austin Alvarado said something that stayed with me: “When you put the river first, everything else falls into place.” He meant that when you protect a river, we all end up getting what we need. People benefit more from a healthy river than a dead river. So what if we listened to the river? What if we put the river first? On the Rio Grande, and beyond? 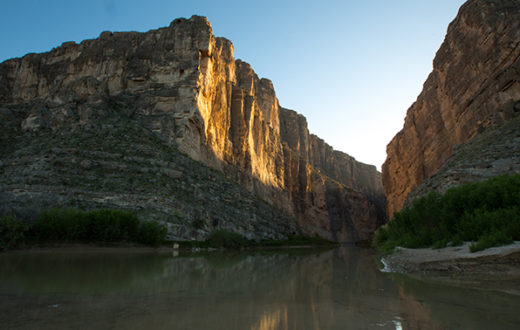 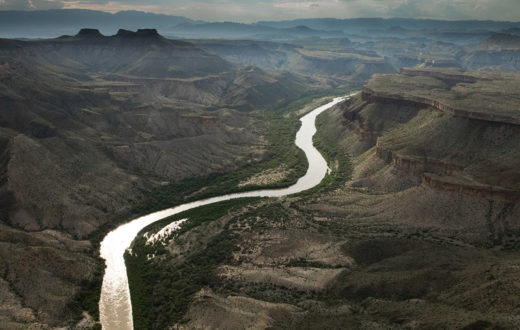 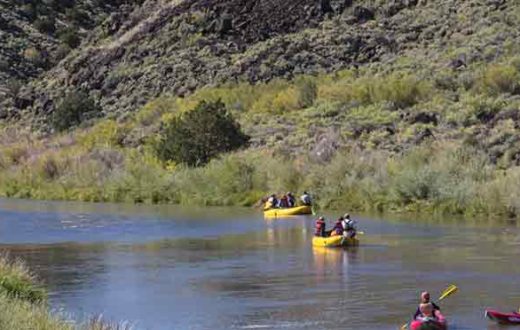