This guest blog by Trout Unlimited is a part of our America’s Most Endangered Rivers® series on the Middle Fork Flathead River.

On August 13th, thirty cars of a Montana Rail Link train derailed near Noxon, Montana, sending several thousand tons of coal into and near the Clark Fork River. In 2011, it was 19 cars of a Burlington Northern Santa Fe train carrying 200 tons of frozen chickens and turkeys that spilled into the Middle Fork of the Flathead River near Essex, Montana. Derailments are a common problem across Montana, and the steep, unstable terrain and winding tracks of the western part of the state see more than their share.

Deep in the Bob Marshall Wilderness two crystal clear streams, Strawberry Creek and Bowl Creek, come together to form the headwaters of the spectacular Middle Fork of the Flathead River. The river flows northwest toward Glacier National Park, Highway 2 and the Burlington Northern Santa Fe railroad where it forms the southwestern boundary of the park. This 50-mile wilderness section of the river is available only to the most seasoned and adventurous rafters and fishermen. Once the river reaches Highway 2 downstream of Bear Creek, it becomes generally available to recreational rafters, floaters, kayakers, and fishermen providing some of the most breathtaking whitewater rafting in the nation and impressive angling for Montana’s native fish.

Throughout its nearly 100-mile course, the Middle Fork is protected by Wilderness, National Park, National Forest, and undeveloped state and private lands. These protections yield some of the cleanest and clearest waters found anywhere in the West. The clean, clear, cold, and connected waters of the Middle Fork provide home waters, and much of the last remaining habitat for dwindling populations of federally threatened native bull trout and native westslope trout that have managed to hang on in this difficult environment for thousands of years. This resource attracts anglers, floaters, and photographers from around the country as well as many international visitors.

In the 1950s, the U.S. Army Corps of Engineers proposed developing a massive dam on the upper stretch of the Middle Fork at Spruce Park. The dam would have drowned much of the river all the way to Schaefer Meadows in the Bob Marshall Wilderness. The proposal was ultimately defeated due to a concerted effort on the part of Montana and National conservation groups as well as two famous Montana grizzly bear biologists, Frank and John Craighead. In response to this and other threats, 16 different bills proposing river protections were introduced in Congress. On October 2, 1968, the Wild and Scenic Rivers Act was finally signed into law by President Lyndon Johnson. The act stated, in part:

“It is hereby declared to be the policy of the United States that certain selected rivers of the Nation which, with their immediate environments, possess outstandingly remarkable scenic, recreational, geologic, fish and wildlife, historic, cultural, or other similar values, shall be preserved in free-flowing condition, and that they and their immediate environments shall be protected for the benefit and enjoyment of present and future generations.”

In 1976, 150 miles of the North, South, and Middle forks of the Flathead River were protected under the act, including all of the Middle Fork to its confluence with the South Fork near Hungry Horse, Montana.

Today, the Middle Fork is again under threat from development of a different sort. Millions of gallons of incendiary crude oil from the Bakken oil fields of North Dakota pass down the Flathead River corridor every day on its way to West Coast ports for export to Asia. The Burlington-Northern-Santa Fe tracks travel through the steep, unstable John Stevens canyon. Most of the oil continues to be transported in aging DOT-211 rail cars that were never intended to haul hazardous, or explosive cargo.

Fortunately, due to a recent plunge in oil prices, this prediction has, thus far, failed to be fulfilled, but we are seeing about 18 100-car trains on this corridor weekly. The PSC also reported that a total of 339 train accidents, excluding highway-rail collisions, occurred in Montana from 2006-2015. Further, “From 2006-2015, 2,035 train cars carrying hazmat materials in or across Montana were involved in accidents, of which 241 were damaged or derailed in five accidents.”

The federal government predicts that trains hauling crude oil or ethanol will derail an average of 10 times per year over the next two decades, causing more than $4 billion in damage and possibly killing hundreds of people if an accident happens in a densely populated part of the U.S.

Any derailment and oil spill on the Middle Fork of the Flathead is simply unacceptable. There would really be no effective way to stop a spill into the river once it occurs, especially if it happened during winter or under high flow conditions. Oil spill containment booms would be completely ineffective in the wild whitewater sections or under ice. They might get some of the viscous mess off the water surface, but there is no way to stop the volatile and soluble compounds, like benzene and toluene, from moving into the downstream aquifer where it would take many years to percolate through and would drastically impact the local economy and health. The effect on the aquatic resources of the Flathead River system would be devastating, both to the environment and to the local economy dependent on that resource.

Responders retrieved only about 2 percent of the oil from the 2011 Yellowstone River pipeline spill under much better conditions. These risks mostly ignore the very real hazards of explosion and fire that have occurred recently in Mosier, Oregon, Culbertson, Montana and the derailment in Lac-Megantic, Quebec, which killed 47 people.

For these reasons and many more, Montana Trout Unlimited and the Flathead Valley Chapter are asking that the Federal Railroad Administration, in conjunction with Burlington Northern Santa Fe Railroad develop a scientifically defensible and public derailment and safety plan for the Middle Fork Flathead River corridor. This irreplaceable resource is much too precious to be sacrificed needlessly on the altar of corporate profit.

2 responses to “Oil in the Headwaters” 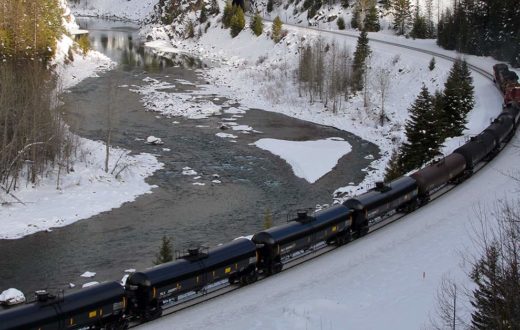 The Federal Railroad Administration must address the threat of transporting oil along the Middle... 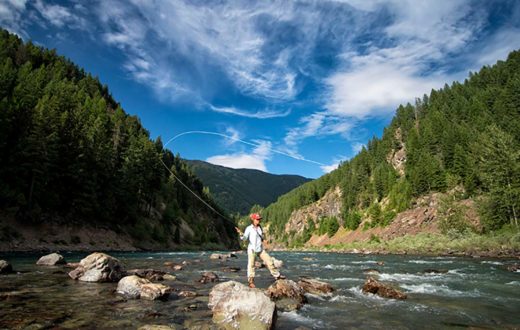 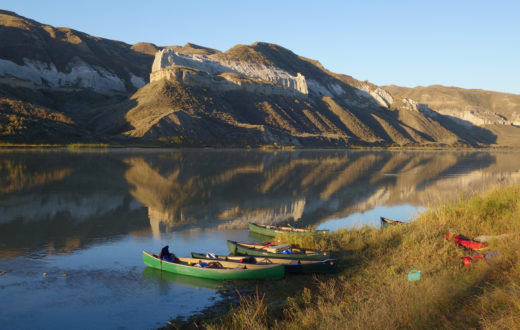