Fire and water: two elements necessary for life, remedies for one another, contradictory, and in this case, important factors for overall watershed health.

American Rivers staff recently helped organize and oversee a controlled burn at Murphy Meadow. After a few years of hard work to align schedules and obtain burn permits, “Burn Day” was upon us and, cameras in hand, we chattered excited as we drove to meet the folks from Terra Fuego who would conduct the burn.

Murphy Meadow, high above the South Yuba River Canyon, is located in the Sierra Nevada foothills and hosts a variety of interesting creatures. I spotted a Sierra Alligator Lizard and a bobcat in the half-day I was there watching the burn.

In addition to providing invaluable wildlife habitat, meadows sequester carbon, act as natural reservoirs for water storage, and improve the water quality of rivers. However, increased wildland fire suppression has led to meadows slowly being overtaken by conifers, gradually converting them to forested landscapes, rather than open spaces that offer unique habitat and hydrologic benefits. Performing prescribed burns is one way to reduce conifer encroachment and preserve the ecological function of the meadow.

Performing prescribed burns of these areas can be traced back to the Native Americans of the region, who would systematically burn swaths of land in order to clear brush and understory growth. Ron Goode of the North Fork Mono tribe describes how clearing growth from areas that were once meadows improves their ability to absorb snowmelt, allowing the water to enter aquifers and decrease fuel loads for large wildfires. For the Murphy Meadow burn, we worked with members of the local Sierra Native Alliance.

In addition, burning can be an effective way to remove invasive plant species because they are often not adapted to fire like California native species. But with development of rural areas and changes in fire management policies, setting fire to any area has become more and more challenging.

Once burned, we reseeded the meadow with native species including wildflowers. Clear of invasive species, newly sprouting conifers, and ladder fuels, the meadow is now a canvas of potential for new growth. Almost immediately, the meadow is showing signs of new life: the beginning shoots of the many native grasses and wildflower seeds that we planted will add greenery and color to the charred mounds of deergrass. The newly cleared area will also reduce fire danger for uphill homes by providing an important fire break in the event of a wildfire.

Controlled burning is just one way American Rivers is working to restore meadows, which are important hydrologic features of river headwaters. Better management of river headwaters sites can mean improved response to climate change and increased water supply reliability—both major benefits for drought-ridden California. Fire will bring life to this landscape again. And I can’t wait to see what it looks like. 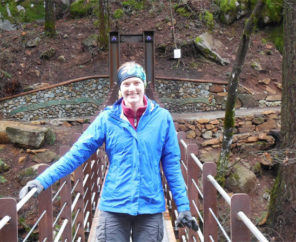 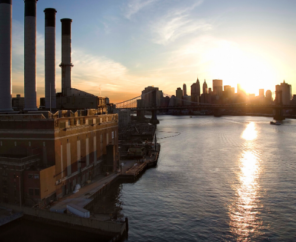