Think hydropower is green? Think the hydro industry has your best interests in mind?

If hydropower is not done right, it can be destructive for rivers and the fish and wildlife that depend on them. It damages natural habitat and prevents fish from reaching spawning grounds. It can dry up entire stretches of river. It’s the only renewable energy source that drives species toward extinction.

For decades, environmental laws like the Clean Water Act and the Endangered Species Act have leveled the playing field between all of us and powerful energy companies like Pacific Gas & Electric, Duke Energy, Exelon, and Southern Company.

But now the hydropower industry is trying to create a giant loophole for dam operators, so they are not required to protect fish, wildlife, or water quality on our rivers.

Now, as industry lobbyists push their so-called “Unlock Hydro” legislation to Members of Congress, they are using all kinds of misleading messages.

What they say: The legislation “streamlines” the dam relicensing process

The truth: The legislation guts environmental protections and takes away the ability of states, tribes, local communities, and recreation and conservation interests to have a say in how dams are operated. By “streamlining” this dam relicensing process, the things you value get steamrolled.

What they say: Hydropower is “clean energy”

The truth: As they wave the clean energy banner, hydropower companies are trying to hide a dirty secret – that poorly operated hydropower dams cause major damage to fish and wildlife, clean water, and communities and businesses that depend on healthy rivers. If hydropower is so clean, then why are hydro companies lobbying Congress to get them out of complying with the Clean Water Act?

What they say: The legislation makes the approval process for non-federal hydropower more “efficient and collaborative” by requiring the Federal Energy Regulatory Commission (FERC) to act as the lead agency in coordinating with other federal, state, and local government agencies and Indian tribes.

The truth: There is nothing collaborative about federalizing the states’ role in enforcing state law at dams.  There is nothing collaborative about using the power of the federal government to dictate what reviews and studies are necessary for Native American tribes to protect their sacred homelands. It may be efficient to take away states’ authorities to protect their citizens, but that doesn’t make it right. This is a massive expansion of federal authority and a trampling of states’ rights and the rights of Native American tribes.

What they say: The hydropower industry cares about the environment

The truth: Fish, wildlife, clean water, and anyone who enjoys fishing, paddling, and other river recreation will lose if this legislation becomes law. The legislation gives FERC — and thus effectively the power company — the power to limit scope of environmental review. In practice, this will limit the scope of the Clean Water Act and the Endangered Species Act to whatever FERC says it should be.  If this bill becomes law, the final say over whether fish passage should be considered at dams would not be determined by fisheries experts, it would be determined by FERC.  And, the final say over the protection of sacred Tribal lands would not be decided by the Tribe and the Bureau of Indian Affairs, it would be determined by FERC.

In 1920, the Federal Power Act was designed to provide balance between power generation and all other uses of a river.  If this legislation passes, power company profits will go to the head of the line, ahead of every other user.  If you care about irrigation, Native American treaty rights, wildlife, recreational fishing, commercial fishing, whitewater boating, water quality, municipal water supply, fire safety, flood control, or any other purpose other than generating power, then you should oppose this legislation.

The hydropower industry is simply going too far with this extreme legislation.

Don’t be fooled by their talking points. Learn more here and here, then take action to protect our rivers.

A bill pending in the U.S. Senate would make the hydroelectric industry and the... 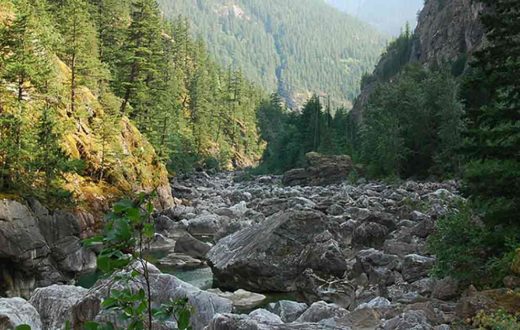 What if the old hydropower dam that is killing fish and drying up your... 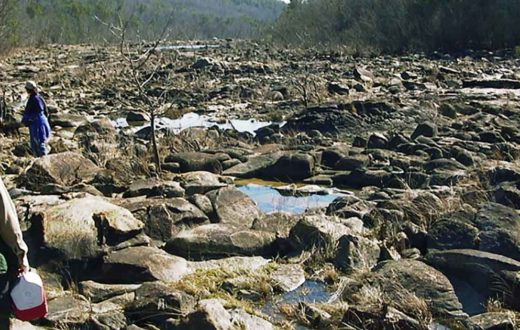