Often at sites of complicated dam removal projects, we conduct monitoring to assess the impact that the project has had on the surrounding environment and examine overall stream health. On the Patapsco River in Maryland, we have removed two dams (Union and Simkins dams) and are preparing to remove a third (Bloede Dam) in Patapsco Valley State Park. As a result, we have partnered with various agencies and contractors to conduct monitoring of both physical characteristics, such as water flow rate and sediment movement, and biological characteristics, such as the presence of fish and macroinvertebrates at different sites along the river.

Recently, I had the opportunity to go out for a day in the field to check out one of the studies being conducted by the Maryland Biological Stream Survey on American eel presence in the Patapsco River both downstream and upstream of Bloede Dam. Not only do I always welcome a day out on the river, but I got to reconnect with my eel friends! I studied American eel (they’re awesome and they are not snakes, so don’t hate on them) in graduate school for my thesis research project. The life history of this species is just fascinating! But I digress…

I donned some waders, threw on my camera backpack, put my biologist hat on, and climbed through the brush to our first sampling site. My research companions explained that they would be using a backpack electroshock device to briefly stun the eels and other fish. They then scooped the eels up into a net and put them in a water-filled bucket. Other species encountered along the way were noted on a data sheet.

After 10 minutes of electrofishing, it was time to measure and weigh the eels. William Harbold, who works for the Maryland Biological Stream Survey, has devised this fantastic measuring contraption for their eel research. If you have never tried to hold an eel, they are very slippery little critters. This measuring device helps keep their wiggling bodies contained a bit while you get a quick measurement of their length. Very cool.

Once we had them all weighed and measured, the now very awake eels were released back into the river. There are ten sampling sites for American eel in the Patapsco as part of this monitoring effort. We had to keep moving, so we packed up our gear and traipsed upstream to the next site. Due to a complication involving my short legs, I ended up separated from the group and in a heavy thicket of vines. Given my historically poor reaction to poison ivy, I decided to head back out to the road and wait for the team.

At the subsequent sites, I donned a net and attempted to catch any stray eels. I helped record the eel length and weight data at one of the sites. Then, it was time for some eel wrangling! You might think that the eels would have been more subdued, having just been shocked, but no. Those slippery little fish tried very hard to jump out of my measuring device. At least I wasn’t afraid to scramble after them to get the numbers recorded.

As we worked on our last site of the day, I felt so grateful to be out on the river. On American Rivers’ Restoration Team, we are fighting every day (mostly from our desk chairs) to open up rivers for fish, wildlife, and people. When I have time to reconnect with nature, I always appreciate the work that I do. I strive to preserve that sense of calm that rivers provide, and the knowledge that we’re doing right by Mother Nature, one river at a time.

One response to “Adventures with Eels!” 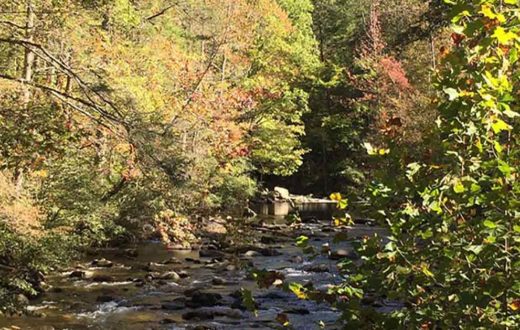