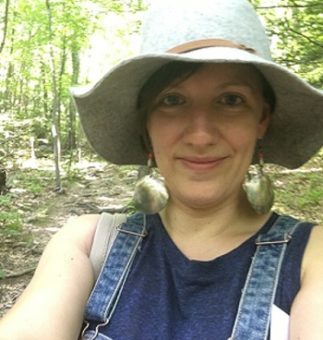 I live in the San Francisco Bay Area now, but I grew up on the East Coast in New Jersey. As far as the weather goes, I remember the four seasons in New Jersey as iconic and palpable.

My move to the Bay Area 12 years ago taught me about new seasons – the wet, stormy winters and the dry, often cool, summers. I adjusted and came to love the tempestuous drama of a California winter. I remember a March almost 10 years ago when it rained nearly every day. I was stunned and thrilled (and soggy).

Those wet winter storms just don’t seem to happen anymore. What happened to the Northern California weather I adjusted to and thrilled on?

I was talking about this over FaceTime with my Mom in New Jersey. She mentioned that the drought “out there” seems bad. Yes, it is, I said. And then I had a thought: Why should Americans who don’t live in the West care?

The fact is, California grows more than a third of the nation’s vegetables and almost two-thirds of its fruits and nuts. The drought’s bearing on agricultural production will most likely cause a nation-wide ripple effect on food prices, with Americans all over the country seeing their grocery store receipts inch up in cost. Lettuce and avocados in particular are expected to shoot up in price, as well as other staples such as tomatoes, peppers and broccoli.

California is also the world’s eighth-largest economy, mostly due to its agricultural base, and there will be nation-wide financial impact due the drought, especially if the winters ahead continue to be dry.

When it comes to the drought in California, no matter where you live in the States, it turns out that “out there” is really “right here.”