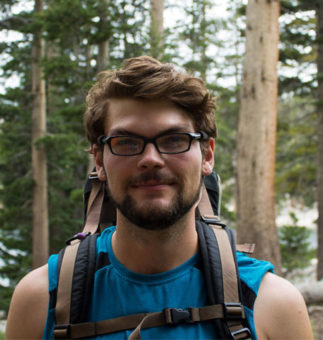 Picture a tranquil dirt road through the forest, sloping downhill until it crosses a dry stream bed and winds away through the trees on the other side. There’s a good chance that the next time it rains, that road won’t be quite so peaceful.

In forested landscapes like the Sierra Nevada Mountains, sediment pollution from roads (especially dirt roads) is a widespread issue with huge impacts on our waterways.

Roads remove the vegetation that normally holds soil in place, and roads also intercept and concentrate water as it flows downhill; both make it easy for water to carry soil from a road to a nearby stream. Enough sediment-laden runoff can alter streams, harm fish and other aquatic animals, and impact the quality of water that people rely on.

Fortunately, well-designed roads minimize the damage by spreading the water out frequently and catching sediment before it gets to a waterway.

The U.S. Forest Service recognizes this, and is in the process of repairing or shutting down the roads with the worst impacts throughout our national forests. American Rivers is partnering with Tahoe National Forest in California to survey roads for signs of erosion this spring, and to identify where to focus resources to solve this problem. Doing so will protect the headwaters of the Yuba, Bear, and American Rivers, which flow out of Tahoe National Forest.

Rivers are more than running water. They’re an accumulation of everything that happens in their watersheds. In order to truly protect rivers, no matter where they are, we need to look past their banks and care for the landscape that surrounds them.