Like many Southwest rivers, the San Miguel River moves in steep and dramatic motions from alpine to arid. With origins at nearly 13,000 feet in the Southern San Juan Mountains, and lower reaches that weave through red river canyons, the San Miguel flows freely for nearly 81 miles before converging  with the Dolores River along the Colorado/Utah border.

One of the last free-flowing rivers in the Southwestest, the San Miguel’s complex character marks a birth among alpine wildflowers before the river topples over Bridal Veil Falls and winds through the Telluride Valley Floor. The river meanders through the high mountain valley, where bike paths and signs celebrate its recently restored sinuosity. Between Sawpit and Placerville, the river flows past the Angler Inn where avid fly-fishers catch rainbow and brown trout. Before converging with the Dolores River, and then on to the Colorado River, the San Miguel moves through San Miguel and Norwood canyons—providing phenomenal Class I – Class IV runs for boating enthusiasts. Birders come to the shores of the river to watch American dippers nest along the canyon walls.

The San Miguel is one of the few naturally functioning rivers in Colorado, and the Southwest, providing most of the water that maintains the imperilled Dolores River through its lower canyons. More than 30 miles of the San Miguel River are protected in preserves, largely because of the important and rare riparian habitat the river’s natural hydrograph and limited development provide and protect. Narrowleaf cottonwood, Colorado blue spruce , and thinleaf alder are just a few of the important forest species that thrive in the steep canyons of the San Miguel.

In 2015, the Colorado Supreme Court upheld the instream water rights for the San Miguel river, approving protections for up to 325 cubic feet per second in-stream flows to protect fish and wildlife. Faced with warming temperatures and decreasing snowpack under future climate conditions, and threatened by growing demand, the future of the small but critical river remains tenuous. American Rivers and our local and regional partners are working to better understand and identify ways to keep the river functioning in the decades to come through participation in stream management planning.

About the San Miguel River

During the late 1800’s, the San Miguel River was channelized in the Telluride Valley Floor to make more lands accessible for flooding and agriculture. In 2016, the Town and  partners of Telluride completed a project aimed at restoring the river’s original character. They added nearly 1,300 feet to renew its original sinuosity, and now, with the beavers, the river is functioning more like it did before settlement.

Approximately 62 percent of the San Miguel Watershed is publicly owned 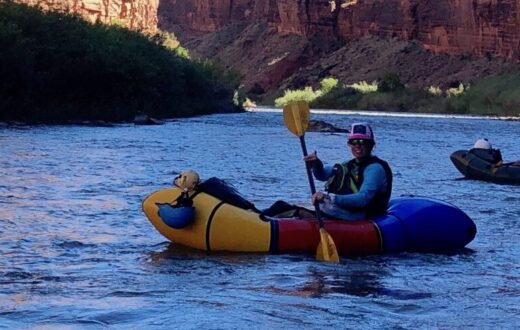 Why American Rivers Supports Proposition DD – and you should too! 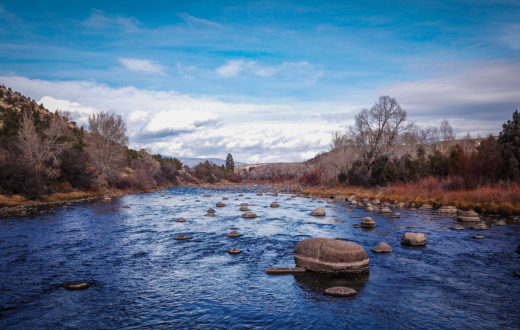