Nooksack River: The Only Thing It Lacks is the Wild and Scenic Label

The Nooksack River puts the great in the Great Northwest. Its spectacular North Fork is the northernmost river in Washington, running wild with icy glacial snowmelt from the snowfields of 10,778-foot Mount Baker and 9,127-foot Mount Shuksan in North Cascades National Park, before being joined by the Middle and South forks as it weaves through forests and farmlands on its way to the Salish Sea in Puget Sound north of Bellingham.

With volcanic Mt. Baker and the Twin Sisters Range of the jagged North Cascades dominating the surrounding landscape, the upper river was shaped as much by fire as ice through the millennia, creating a one-of-a-kind watershed treasured for its vast array of scenery and recreation. Whether it’s whitewater paddling beneath (or skiing atop) towering snowcapped summits; fishing in ancient forests for five species of native salmon, steelhead, resident rainbows, and cutthroat trout; hiking past waterfalls on the nearby network of trails; or scoping out abundant bald eagles, black bears, mountain goats, elk, spotted owls and even the rare bull trout, the Nooksack does not disappoint.

If there is a downside, it is found in lack of permanent protection for this great Northwestern treasure. Such high-quality habitat is increasingly rare and valued by millions for the clean water it provides for drinking, farming, outdoor recreation, and tourism. A cultural mix of native tribes, heritage farm towns, burgeoning New West communities, and the wildlife surrounding them all depend upon an unspoiled Nooksack River connecting glacial headwaters with the sea. Yet the majority of this vital river system remains deprived of even the most fundamental protection.

The Nooksack Wild and Scenic effort is about conserving the ecological and recreational values of this magnificent river system. A diverse array of interested citizens, business owners, and organizations has worked for years to build widespread public support for Wild and Scenic River legislation designed to permanently protect over 100 river miles and 32,000 acres of riverside habitat in the upper Nooksack basin, including portions of all three forks and eight tributary streams.

Like much of the Northwest, some 40 hydroelectric dams have been proposed for various sites on the Nooksack since the 1970s, the legacy of logging impact remains along portions of the river, and a diversion dam on the the Middle Fork has blocked passage of salmon and steelhead for nearly 70 years. Tremendous efforts are underway to restore the ecological health and improve the habitat of the Nooksack River and protecting the headwaters as Wild and Scenic would help protect these investments in restoration.

Keeping the Nooksack great remains a top priority in the region. Wild and Scenic designation would ensure that the river’s “Outstandingly Remarkable Values” are protected and enhanced in the future and prevent any new dams or other projects that would degrade the river’s natural character and healthy flows. The Nooksack Wild and Scenic campaign is working toward drafting legislation by 2017.

In late 2020, American Rivers worked with several partners including Washington State Department of Natural Resources, Whatcom Land Trust, the Nooksack Tribe, American Whitewater, and others, with technical assistance from the National Parks Service, to finalize a plan for the Maple Creek Public River Access and Restoration Site. This site was identified in the Upper Nooksack River Recreation Plan as an ideal location for safe public recreation access along the North Fork Nooksack River, while also allowing natural resource managers to protect, restore, and enhance the adjacent riparian forest and natural river systems.

About the Nooksack River

Mt. Baker (feeding the Nooksack River) is one of the snowiest places in the world. In 1999, Mt. Baker Ski Area set the world record for recorded snowfall in a single season—1,140 inches.

The endangered Marbled Murrelet is a small Pacific seabird that nests in old growth forests surrounding the Nooksack but has declined in numbers since humans began logging in the region.

The Nooksack Indian Reservation is in Whatcom County Washington. Whatcom was the name of a Nooksack chief and means "noisy water" in the Nooksack language.

It is such a thrill to complete a project! Especially a two and half... 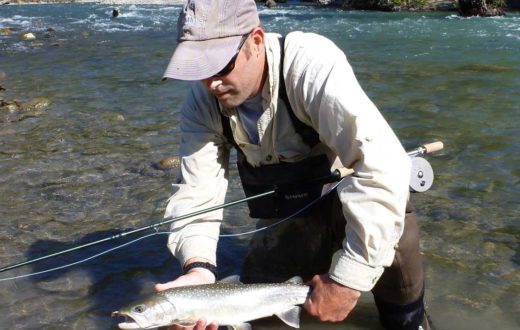 From sun rain, to waterfalls, to wild salmon, to time with mom, it’s the... 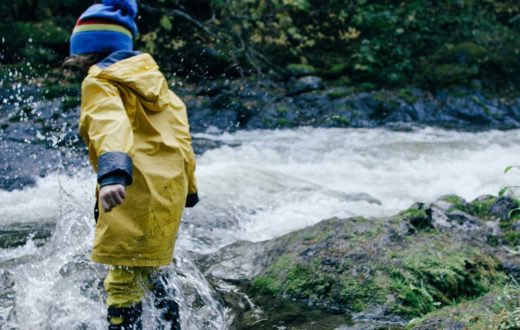