What is American Rivers?
American Rivers believes a future of clean water and healthy rivers for everyone, everywhere is essential. Since 1973, we have protected wild rivers, restored damaged rivers and conserved clean water for people and nature. With headquarters in Washington, D.C., and 300,000 supporters, members and volunteers across the country, we are the most trusted and influential river conservation organization in the United States, delivering solutions for a better future. Learn more: http://www.americanrivers.org/

What is the America’s Most Endangered Rivers® campaign?
America’s Most Endangered Rivers® is one of the best-known and longest-lived annual campaigns in the environmental movement. Each year since 1984, grassroots river conservationists have teamed up with American Rivers to use the campaign to save their local rivers, consistently scoring policy successes that benefit these rivers and the communities through which they flow. Ten rivers are spotlighted every year in a report that receives widespread media attention, and robust advocacy and outreach strategies.

When will nominators be notified if their river is included in the 2023 report?
January 2023

How do I nominate a river?
Emailing this Word form to ssampson@americanrivers.org. All nominations must be received by Friday, September 30, 2022.

Where can I find past reports?
https://www.americanrivers.org/about-mer/

What criteria will my nomination be evaluated upon?

What does it mean to be a “partner”?
Partnership in the America’s Most Endangered Rivers® campaign varies: Typically, partners are organizations that nominate (see below for details), review materials and may be listed in the official report (depending on their preference), and/or are media spokespeople for the river. An American Rivers staff liaison is assigned to each of the ten rivers spotlighted in the campaign.

Who should be listed as the lead nominating group?
This is the group (or person) taking primary responsibility for compilation and review of materials and coordinating other activities associated with the listing. This point of contact should be prepared to spend time developing information for the report and outreach, should the river be selected.

What types of things will the lead nominating group (and/or supporting groups) be expected to do if the river is included in the campaign?

If I have other questions, who should I contact?
Please reach out to Simone Sampson at ssampson@americanrivers.org with any questions. All nominations should be submitted to Simone by email by Friday, September 30, 2022. 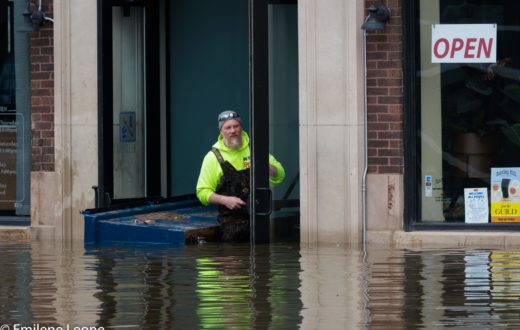