Today we are announcing America’s Most Endangered Rivers® of 2022 and sounding the alarm that our nation’s rivers and clean water are in crisis. 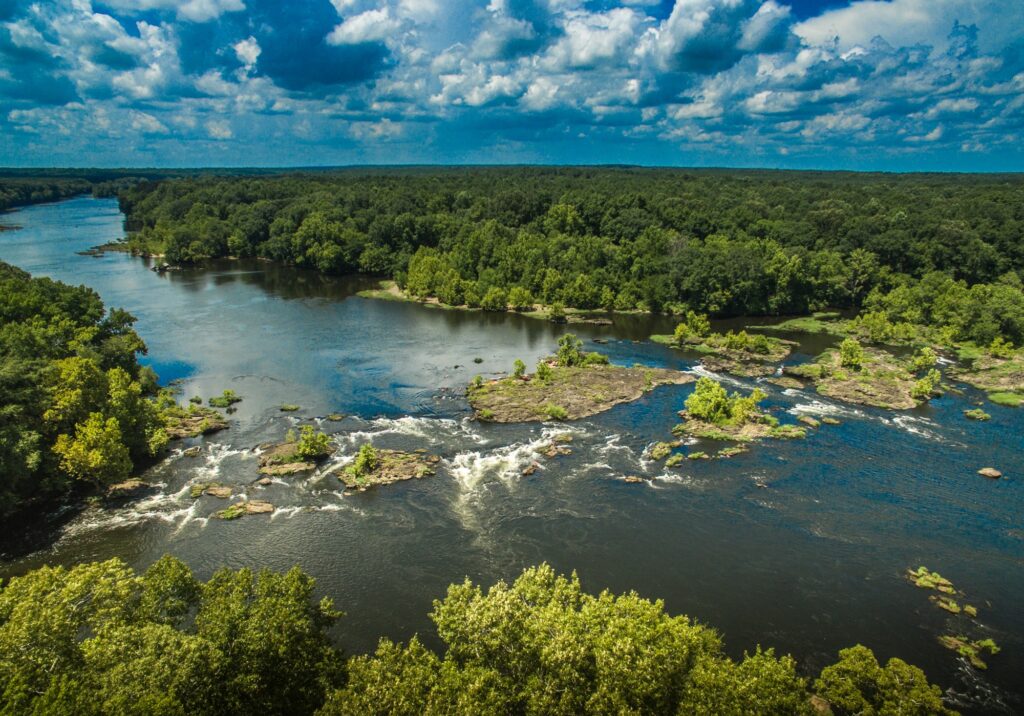 Many people in the United States have imagined climate change as a problem in the future. But it is here now, and the primary way that each of us is experiencing climate change is through water. The climate crisis is a water crisis.

Today we are announcing America’s Most Endangered Rivers® of 2022 and sounding the alarm that our nation’s rivers and clean water are in crisis.  Topping the list this year is the Colorado River, which is threatened by climate change and outdated water management. Thirty federally-recognized Tribal Nations, seven states, Mexico and 40 million people who rely on the river for drinking water are being impacted by this crisis. Also threatened is vital habitat for wildlife, as the Basin is home to 30 native fish species, two-thirds of which are threatened or endangered, and more than 400 bird species.

In March 2022, water levels at Lake Powell (the impoundment created by Glen Canyon Dam in Utah/Arizona) fell to the lowest point since the lake first filled in 1980. The Colorado River system is already operating at a deficit, and climate change is expected to further reduce the river’s flow by 10 to 30 percent by 2050. We’re calling on the Biden administration and the seven Basin states to work together to allocate funds from the Infrastructure Investment and Jobs Act to implement proven, equitable solutions that prioritize river health and water security.

Our country’s rivers need attention now. We must work better. Smarter. More equitably. We must elevate Tribal Nations and learn from their Traditional Ecological Knowledge. We must work collaboratively with frontline communities along the Mississippi River, and in places like the Mobile River (AL) and Tar Creek (OK), where residents deal with pollution on a regular basis. We must heed the calls of Tribal Nations to restore rivers like the Snake River.

California makes a prominent appearance in the report this year as well. In addition to the Colorado River (a key source of drinking water for some California residents), also featured are the Los Angeles River (threatened by inadequate management, climate change and pollution) and the Lower Kern River (threatened by excessive water withdrawals).

No matter where you live in the United States, your river and your drinking water are affected by climate change. Black, Indigenous, Latino/a/x and other communities of color feel these impacts most acutely, due to historical and contemporary policies, practices and norms that maintain inequities. It’s time to follow the lead of frontline communities that are advancing solutions for rivers and clean water — solutions that will make us all safer and healthier, and our nation stronger.

Did you know that later this year is the 50th anniversary of the passage of the Clean Water Act? How can it be that are we still battling over the importance of clean water? This battle comes to the ground on Arizona’s San Pedro River where rollbacks to the Clean Water Act initiated during the Trump administration have removed protections for seasonal and intermittent streams, which encompass almost 94 percent of the San Pedro River’s waterways and provide the lifeblood that sustains the river. We must protect the Waters of the U.S. now, before it is too late.

Rounding out this year’s report are Alabama’s COOSA RIVER, which is threatened by pollution from industrial poultry farming, and MAINE’S ATLANTIC SALMON RIVERS, where we have an opportunity to save Atlantic salmon by making better decisions during the upcoming relicensing of hydropower dams.

All of these rivers face critical decisions this year, and you can do something to help. Go check out your favorite river from this report and TAKE ACTION TODAY!

If we are to meet this moment and confront the challenges facing our clean water, environment and communities, we must come together as a powerful movement, speaking up for the rivers that give us life — for these 10 endangered rivers, and all of the rivers essential to our shared future.

America’s Most Endangered Rivers® of 2022