At American Rivers, we go about our work with an optimistic, can-do spirit. Clean water, healthy rivers, and thriving communities are our watchwords. We are happy warriors for rivers and streams, and we celebrate – rightly so – the successes and highlight the progress that our members, supporters and staff make possible. But when alarm bells sound warning us of the crisis just under the surface of the world’s rivers and streams, we’re reminded of the enormity of the task we face.

On February 19, the journal BioScience published “Bending the Curve of Freshwater Biodiversity Loss: An Emergency Recovery Plan.” Written by over 20 leading freshwater scientists and policy experts, the piece reviews the relentless pressure on global freshwater biodiversity. Though covering less than 1% of the planet’s surface, rivers, lakes and wetlands are home to a hugely disproportionate 10% of all species and one-third of all vertebrates, 70 mammal species such as otters and beavers, 250 types of turtles, and almost 18,000 fish species among them. As spectacular as the diversity of life in rivers and lakes is, the recent decline is equally dramatic. Though the loss of forests globally gets most of the headlines, studies show that wetlands are disappearing at a rate three times faster. Rivers around the world continue to be dammed, drained and polluted. The result? Freshwater vertebrate species (the fish and critters you’re most likely to be familiar with) are disappearing at twice the rate of their dryland and ocean counterparts. “Freshwater megafauna” – the biggest fish, the largest animals – have declined a staggering 88% since 1970.

Fortunately, amidst the bad news is something that should encourage American Rivers and its supporters. The authors of the BioScience article outline an ambitious “emergency recovery plan” to reverse these trends. The plan calls for global action to:

Here at home, American Rivers is already hard at work on many of these fronts, conserving environmental flows, fighting rollbacks to Clean Water Act regulations and improving management of polluted stormwater to better water quality in rivers and streams, restoring critical habitats in headwater streams and floodplains, and restoring freshwater connectivity with dam removals, culvert replacements, and levee breaches and setbacks. But much, much more needs to be done to halt the degradation of freshwater biodiversity. So American Rivers not only works to protect environmental flows; we partner with diverse stakeholders to develop and implement integrated water resources management initiatives to secure environmental flows across whole river basins. We don’t just do green stormwater management projects; we work to revolutionize how stormwater is managed in cities across the country. We secure protection for wild, unspoiled river habitats in the U.S. and export our ideas and experiences to river activists all over the world. We remove dams, and we provide the training, technical know-how and policy and fundraising support so others can do so as well. American Rivers tries to build this multiplier effect into everything we do. Because we can’t do this alone, but we believe we can do it together.

The fight to conserve global freshwater biodiversity has so far been a losing one. The Bioscience article is clarion call to step up the effort before it’s too late. American Rivers is proud to answer.

2 responses to “A Crisis Just Under the Surface: stopping the alarming loss of freshwater biodiversity” 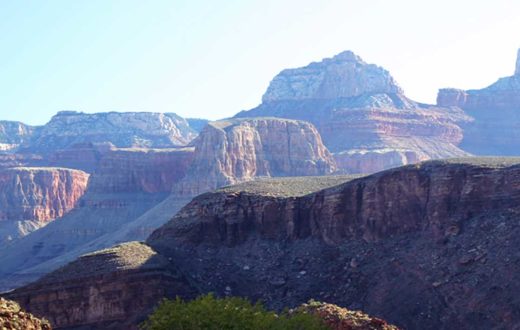