The best holiday gifts often come in the most interesting packages!!

Last week we received great news around the Gila River in Southwestern New Mexico, which was named as America’s Most Endangered River in 2019. You may recall that we listed the Gila as #1 due to the threat of a major diversion that could be built on the Gila, just downstream from where the river tumbles out of the first Wilderness area designated in the United States.

The history of the proposed Gila River diversion is complicated (to put it mildly.) Basically, it was proposed as part of a federal water transaction, rooted within the Arizona Water Settlement Act, which was passed in Congress in 2004. Essentially, the Federal government pledged to provide New Mexico with around $66 million dollars to build a water supply diversion on the Gila, while at the same time providing water to the Gila River Indian Community in Arizona, through the Central Arizona Project (CAP.) A “quasi-governmental” advisory committee, called the New Mexico CAP Entity, was set up to design and build the Gila River diversion. The project would be subject to public environmental review as required by the National Environmental Policy Act (NEPA.)  This “NEPA process” was led by the Department of Interior, and project proponents would have 10 years to guide the project through the NEPA process and get final permission to build the project.

The 10-year clock expires on December 31, 2019. Over the last decade, the New Mexico CAP entity has spent somewhere around $15 million dollars in studies, design, proposals, legal fees, and other expenses, with essentially nothing to show for it. In fact, just a few months ago, a new proposal was released that would have shrunk the project down from a fairly extravagant, extensive series of diversions and reservoirs, down to just one small diversion and associated reservoir. The grandiose designs were a thing of the past.

Without being able to secure an extension from the Department of the Interior, giving the proponents more time, the New Mexico CAP Entity would lose access to the unspent federal money, and the clock on the NEPA process would run out. That is exactly what happened last week – the Department of the Interior denied New Mexico’s request for an extension.

In the letter sent to the NM CAP Entity, the Department of Interior denied the extension, but left open the possibility that the project could be built, if separate funding was found to build the diversion. While that may seem like the project is “dead,” it may be unwise to call it officially dead until a final decision to pull the plug on pursuing the project is made by the state and the New Mexico CAP Entity. Indeed, these types of harmful 20th century projects are extremely difficult to permanently kill.  The money to build the diversion can now be allocated to more local projects in and around Grant County, an alternative proposed in our Most Endangered Rivers of 2019.

While our America’s Most Endangered Rivers of 2019 listing raised the profile and helped expand the issue with a much wider audience, the real credit for this victory should go to the local people on the ground, who have been fighting this issue for well over a decade. That includes the Gila Conservation Coalition, the Upper Gila Watershed Alliance, and the Center for Biological Diversity. They have all done years of organizing, fundraising, events, and outreach to save the Gila from this project, and they deserve lots of credit.

Credit is also due to New Mexico’s elected officials, including Governor Michelle Lujan-Grisham, and Senator Martin Heinrich. When Governor Lujan-Grisham campaigned for office, she stated in her New Mexico Water Plan that ending the efforts to build the diversion and save the Gila was one of her top priorities.  Senator Heinrich, a former river guide who worked on the Gila, has been a strong proponent of protecting New Mexico’s last undammed river for many years – even before he ran for higher office.

For many, the efforts to stop the proposed diversion and save the Gila has been more than a decade of effort – blood, sweat, and tears. Now, thanks to supporters like you, we are closer than ever to securing more permanent protection for New Mexico’s last major free-flowing river. Thank you.

The Gila River: A Love Affair in the Land of Enchantment

The Gila River, with its headwaters in the Gila Wilderness – the nation’s first... 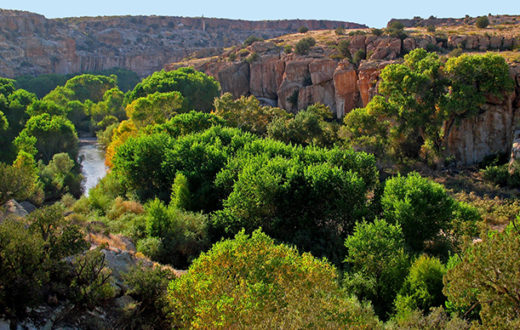 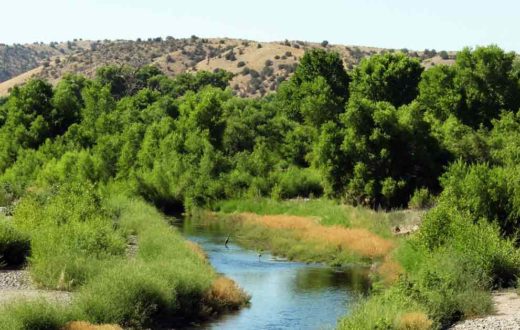