Like many of the people I fish with these days, I grew up fishing. My dad taught me about salt water fish when we lived in Florida and then about largemouth bass and trout when we moved to North Carolina.  While we liked all kinds of fishing, we pretty quickly settled into trout fishing in the mountains as our favorite.

Each year he would save up his vacation days to take me and sometimes my brother fly fishing, quoting T.S. Eliot with, “In the mountains, there you feel free.” Having studied at Sewanee and at Oxford, he would often bring his favorite authors into the long, comfortable conversations we’d have driving there.

The streams we would fish had great Southern names, like Gragg Prong, North Harper, and Lost Cove Creek, and were usually small streams, only a few yards across. We would lay out the maps in the evenings to pick a new spot for the coming day. Driving to the streams would be like sitting in front of a pile of birthday presents, not knowing but hoping. We’d look down from the gravel road through the trees and brush to get an idea of whether we had found the right place.

As we would step into the water and look upstream, we would talk about how the trees would arch above the stream, reaching up with bright green branches towards the brighter light coming through the top. It felt like walking into church with the altar just a little farther upstream.  And then we’d start our fishing and love it. At the end of the day, he would think back and say, “When you’ve caught a trout, you’ve really done something.”

I now take my son to the streams my dad took me to, and often think about how much he would love fishing with his grandson. I point out large rocks that he caught fish behind and tell stories about how his biggest smiles were always on the river. So now, since I can’t fish with my dad anymore, we have a different family tradition: when we’re having a particularly good time on a stream or river, we reach down into the shallow water for a nice smooth rock that looks like the rest of them.

Then when we get back home, not that week or even that month but sometime soon, we drive to the cemetery. We sit down on the hard ground with the fresh mown grass, lay the rock at his tombstone and tell him the story. There are lots of rocks at his tombstone.

Sometimes in the story we land the fish and sometimes the fish gets away, but it doesn’t matter. We’re just glad he’s with us. 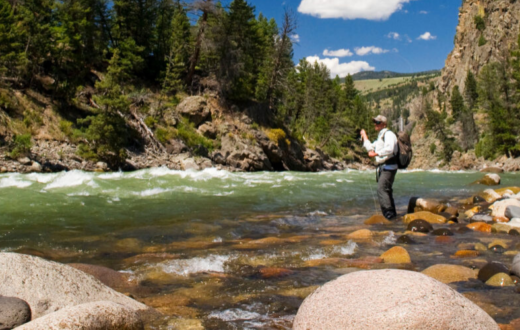 I Still Believe in a Fish Called Hope

In this blog, Steve White describes how a small trout’s survival of the California... 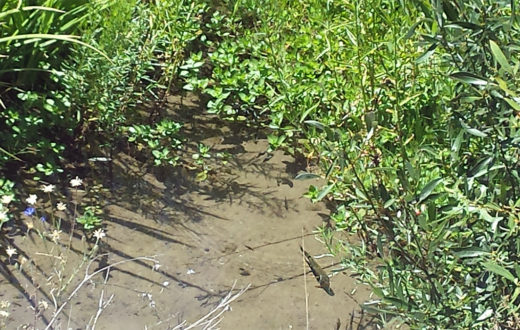