This great river runs through what has been the homeland of the Fond du Lac Band of Lake Superior Chippewa since before European fur traders first arrived, and before American timber and mining barons set up shop in northeastern Minnesota to exploit the rich resources.

This particular place on the planet provided everything needed for a life of abundance: fish, game, berries, maple sugar, traditional and medicinal plants, birch bark, wood and fiber for canoes and shelters. The river provided a highway for moving to other hunting, fishing and gathering areas, and to connect with other bands and families.

Within the rare freshwater estuary protected from the gales of Lake Superior, Spirit Island lies in the center of Spirit Lake, and is of great cultural significance to the Ojibwe people. It was the location of the Sixth Stopping Place of the great migration westward through the Great Lakes, where the prophecy of reunification was fulfilled, and the “food that grows on the water” (wild rice, or manoomin) was first encountered.

Burial mounds were placed in what is now called Spirit Mountain in Duluth, and in Superior near where the Bong Bridge is now located. (The mounds in Superior, though, were all destroyed and used to fill in the wetlands for development.) As the entire area was considered sacred, encampments were located all around Spirit Island, including Minnesota Point.

In Ojibwe language, Duluth is called “Onigamiinsing” or “At the Little Portage”, as Minnesota Point was a very short and easy portage across rather than going through the river’s mouth. The sands of Minnesota Point are so fragile that the Band’s ancestors used to have to repair portions of the point due to portaging activities. Although allowing the sands to be disturbed from portaging activities would have made the portaging easier over time, leaving such a scar on the land was considered highly disrespectful of the land. After the Fond du Lac Band was removed up river in 1854 to the present-day reservation, and the city of Duluth grew, the scarred portage-way was not repaired and within 20 years, talk of a canal started to emerge.

With its wealth of diverse bird habitats, the Band’s ancestors also used Minnesota Point as a place to gather eggs for food, and the wetlands (much diminished today) provided for migratory waterfowl foraging and staging and another source of food. The estuary was so teeming with wildlife, it allowed for the Band to not only support a large permanent population base at Gete-oodena (“the Old Town”, or the present day City of Superior), but also hundreds of people in the surrounding area. The Band took advantage of its size and location at strategic trade corridors along the St. Louis River up to Knife Portage (now Cloquet), and all along Little Otter Creek to the Moose Horn River, and down Moose Horn River to Kettle River, controlling the other river access, the Nemadji River, from both ends.

The river remains the most important fishery resource on the reservation, but those fish now come with a cost— the health risks to humans and wildlife from high mercury concentrations.

A series of hydropower dams downstream of the reservation have permanently altered flows, destroyed wild rice beds and blocked fish passage, and some of the reservoirs remain hotspots of mercury from historic pulp and paper mills.

Overfishing, habitat degradation and pollution wiped out once-abundant lake sturgeon, although the Band is working to reestablish this culturally significant species upstream of the dams. The estuary associated with the St. Louis River is one of 43 Great Lakes Areas of Concern, and the Band is an integral partner in the remediation and restoration work taking place that will one day result in healthier aquatic habitats, renewed stands of wild rice, and fish that will feed the grandchildren to come.

Looking upstream of the reservation, to the headwaters, the Band today raises urgent warnings about the habitat destruction and pollution resulting from a century of hard rock mining. Through the exercise of regulatory authorities for water and air quality, and through treaty rights that guarantee access to hunt, fish and gather healthy resources, the Band is doing all it can to prevent further damage to the lands and waters that sustain us all.

Along with other tribes and first nations, the Fond du Lac Band’s spiritual and cultural connections to Mother Earth are evident in the willingness to embrace the responsibility of protecting and preserving the land and waters.

Water, or nibi, is the lifeblood of Mother Earth, and women are regarded as the protectors of the water.

As stated in the Tribal and First Nations Great Lakes Water Accord (2004), signed by leaders from Fond du Lac and 37 other Great Lakes tribes and first nations:

Nancy Schuldt is the Water Projects Coordinator for the Fond du Lac Band of Lake Superior Chippewa. The Fond du Lac Band is one of six Chippewa Indian Bands in Minnesota. Archaeologists maintain that ancestors of the present day Chippewa (Ojibwe) have resided in the Great Lakes area since 800 A.D.

The largest American tributary to the Great Lakes is at a critical turning point. 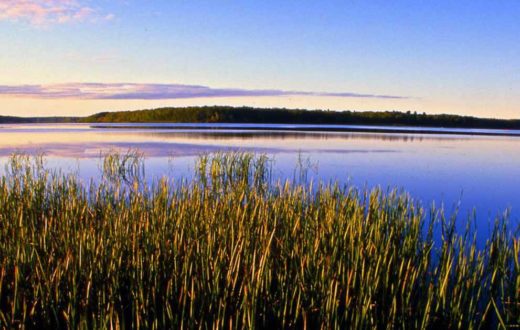 Contemplating the Value of the St. Louis River

An economic valuation of the goods and services provided by the St. Louis River... 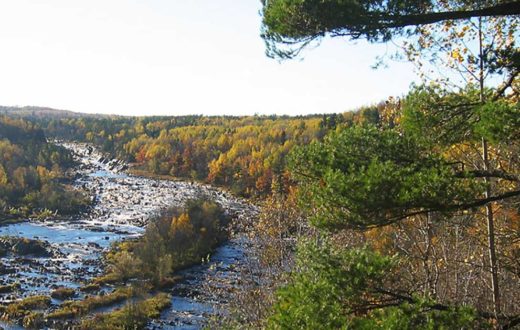 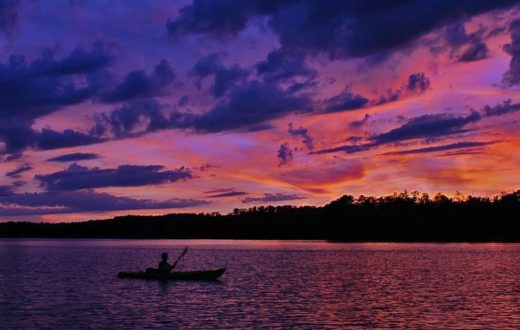 The St. Louis River is threatened by potential contamination from sulfide-ore mining. A local... 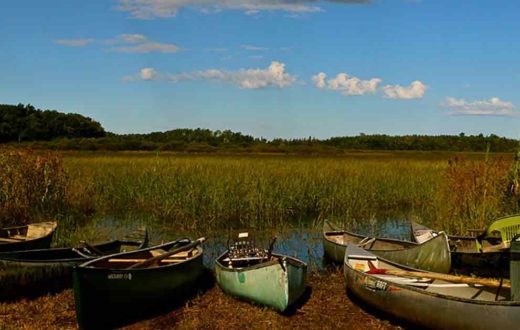