The Smith River generates at least $10 million annually for the local economy through recreation was listed as an Endangered River due to a proposed copper mine along a major headwaters tributary. 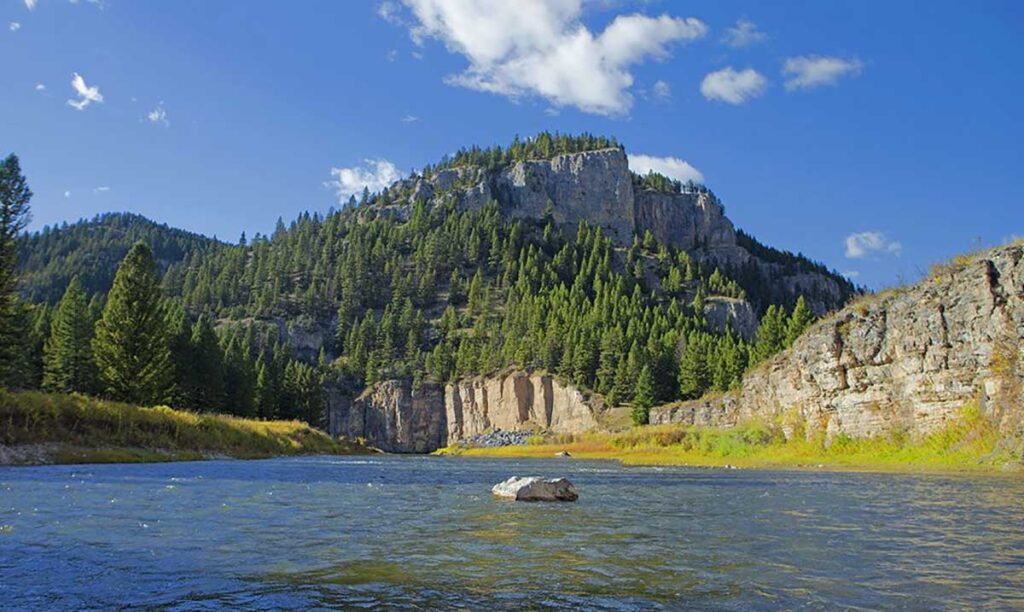 Today’s guest blog is a part of the America’s Most Endangered Rivers® series highlighting the Smith River in Montana. Our guest blogger is Dave Simon, who was born and raised in Montana, currently lives in Billings, and works from home with a view of the Yellowstone River. He works for Bozeman-based Wisetail, a cloud-based next-generation learning and communication system. Dave enjoys the outdoors, particularly hiking with his yellow Labrador retriever, Kenai, as well as landscape and wildlife photography.

Join us as we celebrate the Smith River in Montana throughout August, and be sure to take action!

This year marked my first Father’s Day since my dad passed away last October, and I spent the day reflecting on the gifts he shared with me over the years. The most important being my love of the outdoors and my respect for Mother Nature. My dad taught me that protecting our rivers and streams is a gift that we give to the next generation, and also is a responsibility we pass on, as it was passed to us.

In one conversation late in his life, I was surprised when my dad told me that he wanted his ashes left by Montana’s Smith River, as I had always assumed that he would want them to be with his parents on our family’s getaway near Red Lodge, Montana.

The Smith River is unique in that it is the state’s only permitted river. This year, more than 8,000 people applied to float it, but only 1,175 were lucky enough to get an opportunity to experience this amazing stretch of classic, Montana water.

While the Montana Department of Fish, Wildlife and Parks maintains the boat camps along the route and enforces the permit system, 80 percent of the land between the put-in at Camp Baker and the take out at Eden Bridge is privately owned, and those who float this outdoor treasure take great care to respect the land owners’ property. The Smith is more than simply a natural resource: it also generates at least $10 million in the local economy every year through floating and fishing. Unfortunately, despite the strong stewardship ethic that exists here, the Smith was listed as the #4 Most Endangered River in America in 2015 due to the threat to the fishery from a proposed copper mine along Sheep Creek, a major headwaters tributary to the Smith. 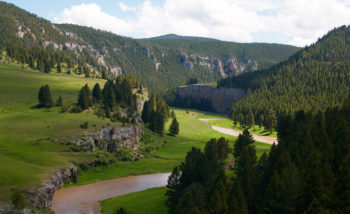 Canadian firm Tintina Resources, Inc., along with the Australian company Sandfire Resources, want to develop an underground copper mine promising 200 jobs in the local area. Because the copper deposit is located within a sulfide ore body, the mine has great potential to leak sulfuric acid into Sheep Creek, which in turn could damage the Smith River. The concern for the health of the Smith is not unprecedented – Montana’s own Big Blackfoot and Clark Fork rivers were designated as a Superfund site due to mining contaminants, costing taxpayers over $1 billion to remediate. Protecting the beauty and vitality of the Smith is a sustainable, reliable economic engine for the entire region, year after year after year.

The Smith was special to my dad. Every spring he would look forward to four days floating through the towering limestone walls and plying some of the world’s best trout fishing. He would describe the beauty of the canyon, the abundance of wildlife, and the ancient pictographs on the walls. He had done this stretch since the 1980s, and his stories about the trips were abundant – he and his friends often floated in early May, experiencing anything from sunshine and warmth to snow and bitter-cold winds and everything in between. He used to remind me that you could experience each of the four seasons over the course of a single trip. 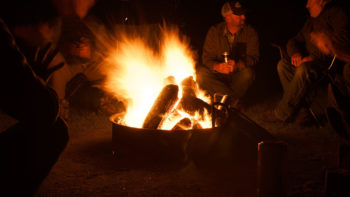 Unfortunately, I was never able to have this experience with my dad while he was alive, but this spring he had left me one final gift – I was able to take his place on the annual Smith trip with his same group of friends. During that expedition, I realized that the trip was special to him not just because of the beauty, the wildlife, or the fishing, but because of the bonds of friendship he made sitting around a campfire. We stayed at places with names like Heaven on Earth and Paradise Bend. These names are apt. During that float, with no connection to the outside world, it truly did feel like paradise. I fell in love with the Smith and I understood why dad would want to be there forever. 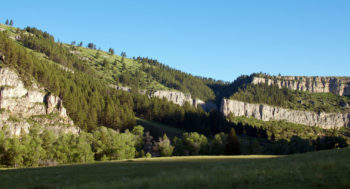 By asking me to take him down the Smith one last time, I experienced the miles of beauty and made friendships I hope to keep year after year. He passed this tradition on to me, one that I will cherish and protect. The river will always be a way for me to connect with my dad, so each of my days on the Smith will be like Father’s Day.