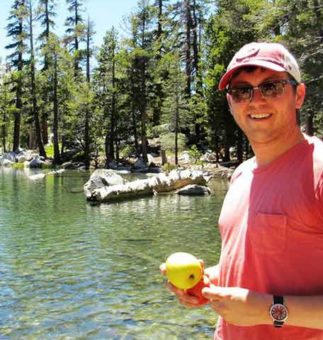 This week, Oregon Senators Wyden and Merkley along with Representatives DeFazio(OR) and Huffman(CA) lead the charge towards protecting the highest concentration of Wild and Scenic Rivers in the contiguous United States.

The Smith, Rogue, and Illinois Rivers are threatened by proposed industrial nickel strip mining that could decimate these remarkable watersheds. The delegation, the Bureau of Land Management, and the Dept. of the Interior have all taken actions to protect these threatened areas.

The sought after protections can get a little tricky. The delegation of Wyden, Merkley, DeFazio, and Huffman introduced The Southwestern Oregon Watershed and Salmon Protection Act of 2015 (H.R. 682 and S. 346) earlier this year. This legislation would permanently protect these deserved lands, but it takes time. Meanwhile, the foreign owned company with two of the three mining claims wants to move forward.

Federal agencies stepped up with a temporary ban and a public process to consider a 5-year ban on new mining while Congress considers the introduced legislation. This ban would prevent new mining claims and require proposed mines to meet a rigorous review process.

According to the EPA, the metal mining industry is the largest toxic polluter in the United States. Their report states that 88 metal mines account for 47%(nearly 2 billion pounds) of toxic chemical disposal in America. That is nearly 22 million pounds of chemicals that “cause cancer or other chronic human health effects” per mine.

Abundant salmon, steelhead, cutthroat, and world-renown biologically diverse plant species are not the only dependents of these exemplary waterways. Local communities in Southwestern Oregon and Northern California also depend on these rivers for clean drinking water, recreational and commercial fishing, and a recreational economy that brings hundreds of thousands of dollars to the area each year.

What you can do

This delegation’s continued commitment to watershed and wilderness protection has lead us in the right direction. Now it’s on us to take the next step. These are federally owned lands and therefore are owned by every citizen of the United States.