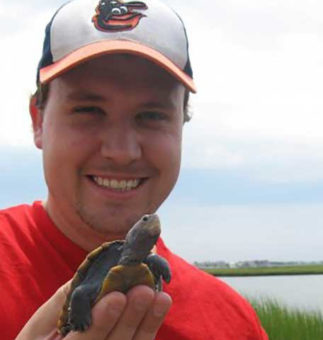 This is a guest post by Neil Wagner, a relief pitcher for the Tampa Bay Rays.

Nevertheless, any discussion of why the canyon should be preserved must necessarily begin with a description of why it is important to begin with. One of the most famously beautiful places in the world and a place that people go to expecting to be awed, it still manages to stun even the most cynical visitor at first sight. Even though the canyon is a mile deep and ten miles wide, it is not until you come nearly to the precipice that you can actually see into the canyon. But when you do step up to the canyon’s edge, as I first did during an October sunset at Bright Angel point, you see one of the most spectacular sights there is to be seen anywhere, with only the tiny footpath that is the Bright Angel Trail suggesting that mankind has ever penetrated its depths.

It is important for us — people in general, but Americans in particular — to have places like this. Places where we are not masters of our environment, but are visitors to places where a portion of our natural patrimony has been preserved in its original, unspoiled state. My Grand Canyon hiking and backpacking trips are some of the most resonant experiences of my life specifically because of the solitude, isolation and true remoteness that exist there and few other places in modern life.

Seeing deer in the park across the street from my house is amusing, but when my wife and I rounded a bend of the Bright Angel trail and encountered a buck standing directly in front of us, it spoke to me deeply. The way we all intently studied one another for a few moments then simply passed each other like fellow hikers on the narrow path was truly magical. It is also the type of moment that would probably cease to be possible if the proposed Escalade development in and around the Grand Canyon is allowed to move forward.

I am heartened by recent statements from the Navajo Nation that dim the prospects of the misguided Escalade development.

The proposal would, among other things, run a gondola from the rim of the canyon to the Colorado River. I cherish the memory of walking along the Colorado and touching the exposed Vishnu schist basement rocks (at 1.7 billion years old, they pre-date multicellular life by 700 million years) and would wish for this same experience for everyone. However, I cannot help but worry that those riding the proposed tram to the bottom would be experiencing a grand and beautiful canyon, but would miss the essence of the Grand Canyon.

Those in favor of the proposal will likely crow about minimizing the project’s footprint and many well-meaning citizens will probably accept those claims, hope for the best and maybe plan a visit. But to be clear, this is only superficially like the construction of Going-to-the-Sun highway in Glacier or the blasting of elevator shafts into Carlsbad Caverns. Those projects did not alter the fundamental structure of the landscape and yet they served to grant the public greater access to their spectacular natural showplaces. The gondola and associated development would mar a spectacular landscape in the name of commercial interests.

I would reiterate words of my favorite president Theodore Roosevelt, who in 1903 said that “In the Grand Canyon, Arizona has a natural wonder which, so far as I know, is in kind absolutely unparalleled throughout the rest of the world. I want to ask you to do one thing in connection with it in your own interest and in the interest of the country to keep this great wonder of nature as it now is…Leave it as it is. You cannot improve on it. The ages have been at work on it, and man can only mar it. What you can do is to keep it for your children, your children’s children, and for all who come after you, as one of the great sights which every American, if he can travel at all, should see.”

I am grateful to American Rivers for highlighting the need to protect the Colorado River in the Grand Canyon through its America’s Most Endangered Rivers campaign.

We must all remain vigilant about safeguarding the Grand Canyon and our nation’s other wild treasures.

Neil Wagner is an avid hiker and outdoor enthusiast. He is a pitcher for the Tampa Bay Rays and is currently rehabbing from August 2014 Tommy John surgery.

One response to “Voices for the Grand Canyon”