Rivers radiate in every direction from America’s first national park. But only one merits the name Yellowstone. Although its headwaters lie just outside the declared park border in Wyoming’s southern Absaroka Range, the Yellowstone River knows no bounds.

North of Yellowstone Park, the river passes through the sublime Paradise Valley, which offers more than 100 miles of Montana’s most popular floating and fishing as it flows casually between the Gallatin and northern Absaroka mountains. The Blue Ribbon trout fishery gradually transitions to cool water habitat along the Great Plains near Billings, where endangered Pallid sturgeon and similarly prehistoric-looking paddlefish join the system.

Throughout the Yellowstone River corridor, wildlife ranges from bald eagles to elk, whitetail deer, black and grizzly bears, native Yellowstone cutthroat trout, and so much more. Recreational activities including fishing, hunting, rafting, wildlife watching and even agate-hunting are incredibly popular along the Yellowstone and are a vital part of the local economy.

To this day, the defeat of the massive dam proposal that would have flooded Paradise Valley remains one of the greatest environmental victories in Montana’s history. Recreation-minded conservationists joined together in the 1970s to thwart the dam proposed in Allenspur Canyon that would have forever altered the landscape, ecology and economy of the region.

The biggest threat to the Yellowstone River today comes from unwise floodplain development. Widespread channelization projects in the form of levees and rip-rap put a straightjacket on the river and eliminate floodplain access and important side-channel habitat. In the Paradise Valley portion of the river through Park County, 25% of the riverbanks have been altered. The threat of further alterations landed the Yellowstone River on our America’s Most Endangered Rivers® list in 1995, 1999, and 2006.

The U.S. Army Corps of Engineers eventually responded by developing a Special Area Management Plan for the Park County reach of the river that put new limits on where and what types of channelization projects will be allowed. The plan was completed in 2011.

Poorly-constructed oil pipelines have proven prone to rupturing during floods and ice jams, leading to disastrous oil spills in the lower Yellowstone River in 2011 and 2015. Equally pressing, a proposed new dam downstream from Glendive could severely impede fish passage for endangered pallid sturgeon and many other native fish species. American Rivers vigorously opposes that proposed dam and is advocating for removal of the existing Intake Diversion Dam that currently obstructs the fish. The Corps of Engineers has been studying ways to improve fish passage around the diversion for years and is expected to issue a Draft Environmental Impact Statement in the summer of 2016.

Well upstream, the problem is the exact opposite. Invasive lake trout discovered in Yellowstone Lake in the 1990s have wreaked havoc on the entire ecosystem of Yellowstone National Park and efforts remain ongoing to remove the voracious predators that have depleted native trout in the lake by more than 90 percent. More than 40 bird and mammal species within the park feed on Yellowstone cutthroat trout, qualifying the fish as a keystone species with a disproportionately large impact on the food chain. American Rivers supports efforts to remove the lake trout before their impact is felt downstream.

About the Yellowstone River

The Yellowstone River is considered the principal tributary of the upper Missouri.

At 692 miles, the Yellowstone is the longest free-flowing river in the Lower 48. Its headwaters in the southern Absaroka Mountains are located as far from a road as you can get in the Continental U.S.

Unlike most other national parks, boating is forbidden within Yellowstone National Park, leaving it with more than 400 miles of virtually unexplored rivers.

The Northern Rockies are home to some of the most pristine free-flowing rivers and...

Oil Spill Cleanups are a Myth

As someone who lived through the worst oil spill disaster in American history, I’m... 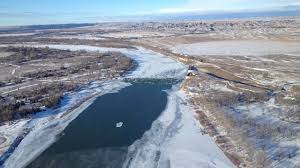 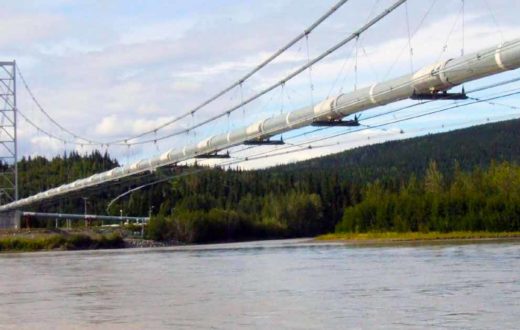