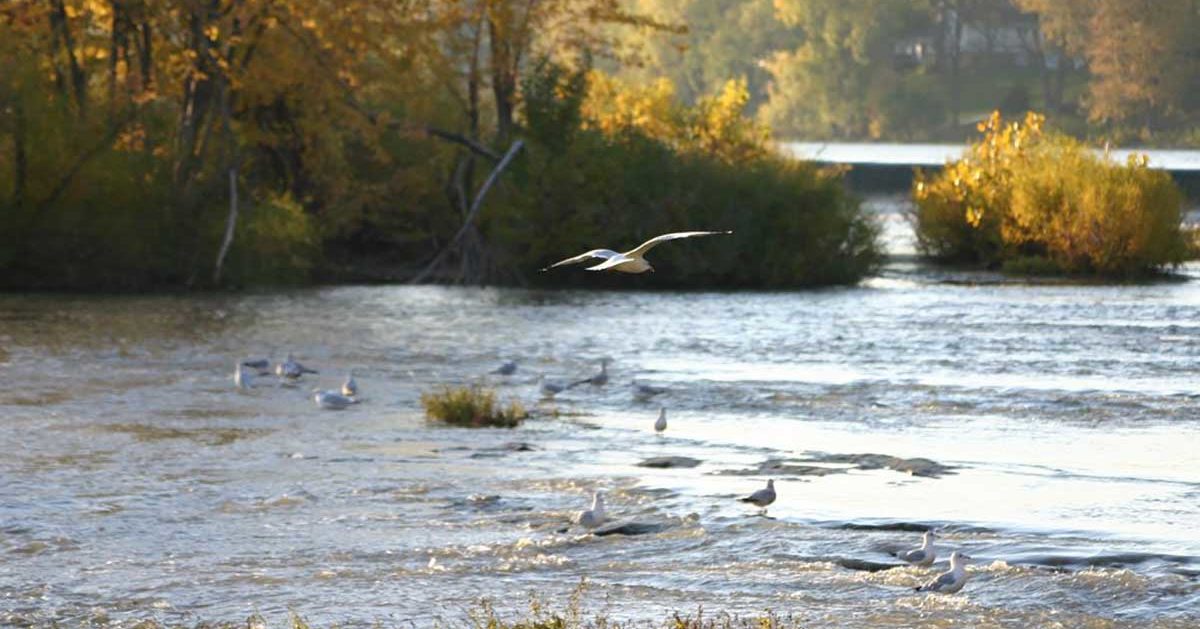 The Maumee River is on the brink of a recreational renaissance Sure, the massive river draining into Lake Erie just outside of Toledo, Ohio, has been on the map for centuries, serving agriculture, industry and early Native Americans. But lately this hard-working river has been showing its leisurely side.

With the largest watershed of any Great Lakes river (8,316 square miles), the Maumee officially begins at the confluence of the St. Joseph and St. Mary’s rivers in Fort Wayne, Indiana, draining all or part of 17 Ohio counties, two counties in Michigan, and five more in Indiana. That’s a lot of river to roam.

The fish—and fishermen—have long made use of all that water, especially in spring, when one of the largest migrations of riverbound walleyes east of the Mississippi makes its way up the Maumee from Lake Erie, the Detroit River and Lake St. Clair in Michigan. The annual event attracts anglers by the thousands. Upstream, the scenic rural setting doubles as a birder’s paradise.

And now cities like Toledo are looking to bolster that recreation economy by building new parks along the Maumee that improve community access and help foster a connection to the river. The recently unveiled Maumee River Water Trail proposed between Antwerp, Ohio, and Maumee Bay in Toledo includes access points spaced about every 10 miles for floating, fishing and a growing number of stand-up paddlers.

A lot of development has occurred around the Maumee through the years, beginning with draining the entire Great Black Swamp in order to farm the basin south of the river near Toledo. An extensive ditch system helps remove more than 70 percent of the watershed for agricultural use, eventually making its way back into the river carrying a heavy load of nutrients from phosphorus-rich fertilizer spread across some 3.2 million acres of surrounding farmland.

Combined with stormwater runoff and sewage that overloads outdated infrastructure, the nutrients have triggered enormous algae blooms over drinking water supplies in Lake Erie in recent years. In August 2014, the City of Toledo issued a “do not drink” advisory, warning nearly half a million residents not to use their tap water for more than two days due to elevated levels of microcystin in their treated drinking water. In 2013, toxins in the tap water led to a drinking water advisory in Carroll Township, just east of Toledo.

The algae bloom was the largest yet in 2015. And although it has not yet impacted fishing in the river, it has begun to take a toll on Lake Erie’s $12.9 billion recreation and tourism economy in Ohio. The lake’s reputation for fishing suffers from the unsightly, foul-smelling algae, and charter boats are forced to move farther offshore in summer months.

With more intense and frequent rainfall events predicted due to climate change in the Great Lakes basin, the likelihood of future blooms is inevitable and can only be prevented through a comprehensive cleanup strategy that reduces the amount of phosphorous in the basin and improves stormwater management.

Positive steps include an increase in the amount of green stormwater infrastructure like rain barrels, rain gardens and green roofs throughout the basin. Pervious pavement is being used in the right scenarios and cities are incorporating more bio-retention areas along roadways.

The hands-on effort to connect the community to the Maumee River through recreation may be the most important educational tool of all. Fortunately, the wheels are already in motion, although there’s still much to be done.

About the Maumee River

At 8,316 square miles, the Maumee is the largest river basin in all the Great Lakes.

The Maumee has been known to experience a tide-like phenomenon known as a “seiche,” which is a standing wave oscillating in a body of water. More info »

The river was also known as the "Miami" in United States treaties with Native Americans.

As a young girl, I joined the Girl Scouts. Every summer we would go... 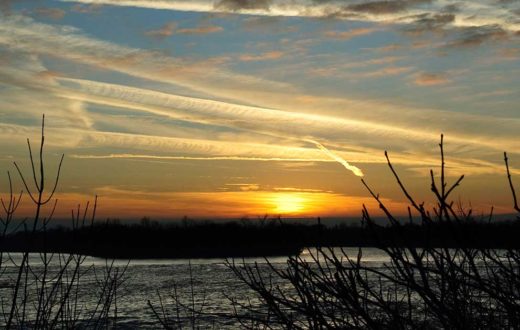 Progress to a Cleaner Water Supply

This is a guest post by Adam Rissien, Director of Clean Water at the Ohio... 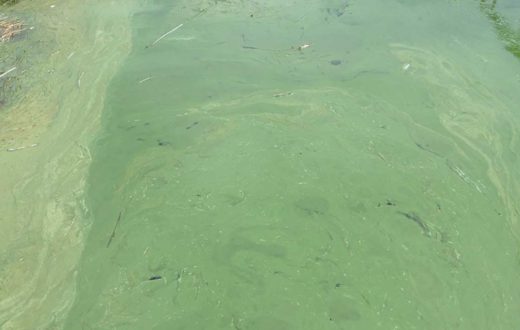 The Great Lakes basin contains 20 percent of the world’s fresh water. Learn what... 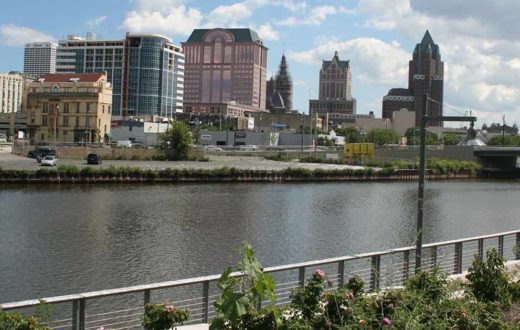