The story of the Cape Fear River is the story of North Carolina. Even the nickname for the state – the Tar Heel State – has its origin from the pine plantations that lined the river in the early history of North Carolina. The Haw River and the Deep River flow together to form the Cape Fear River which then flows another 202 miles. It is the largest river system in the state, dominating the landscape of the eastern portion of the state with more than 6,500 miles of streams covering an area about the size of New Jersey. It traverses the North Carolina piedmont and coastal plain to reach the ocean near Cape Fear, the genesis of its name. It provides water to many of the major cities in the state, including Greensboro, Durham, Chapel Hill, Fayetteville, and Wilmington. Unfortunately, the combination of past abuse along with recent expansive agricultural and population growth have put the Cape Fear River and the communities it serves in danger of succumbing to polluted drinking water, insufficient water supply, and degraded habitat for wildlife and nature.

The river has supported robust commerce over our history with it; the port in Wilmington is a major port on the east coast and just inland the roots of North Carolina’s economic prowess can be found, a vast agricultural industry has made the watershed home. Also based in the watershed is one of the largest and fastest growing U.S. Army bases in the country- Fort Bragg which is home to the U.S. Army Forces Command as well has home base for the 18th Airborne Corps, the 82 Airborne Division, and U.S. Army Special Operations Command. In the headwaters of the river are the remnants of North Carolina’s of a robust manufacturing industry. The Haw River and the Deep River are dotted with old mill buildings and their old dams. North Carolina’s new economy emerged within the Cape Fear watershed in the late 20th century with research institutions driving a rapid growth in the tech industry and the pharmaceutical spurring more people to call the Triangle (Raleigh, Durham, Chapel Hill) and the Triad (Winston-Salem, Greensboro, High Point) home. The watershed now contains a fifth of the state’s population and is the most industrialized in the state.

The Cape Fear has improved significantly in the latter half of the 20th Century. Wastewater from cities is being treated to reduce the number of harmful bacteria that are in the water and crop farmers have been adopting practices that reduce soil erosion, limit water use, and better sustain the land. While progress has been made in those areas, the biggest challenges facing the Cape Fear River today are polluted runoff from growing urban centers and agricultural operations made worse by the impacts of climate change creating huge flooding events and historic droughts, new and emerging unregulated chemical pollutants that are used by the manufacturing industry throughout the basin, a growing demand for limited clean water supplies, and habitat destruction due to urbanization. These issues collectively create a significant problem for the health of the river.

The historic agricultural operations prevalent in the Cape Fear have recently yielded to industrial scale animal feeding operations. Two counties in the watershed- Duplin and Sampson- have the highest number of swine operations in the state with more than 4.4 million hogs and pigs residing there. These operations are estimated to produce 40 percent of the state’s total wet swine waste creating major hazards for the communities that have been living with these operations and problems for the Cape Fear.

Population in the Cape Fear River watershed has been growing dramatically in recent years. The significant urbanization and subsequent suburbanization of the Cape Fear River watershed has added sprawling development designed without protections for clean water to the challenges facing the river. Thousands of acres of hard surfaces impermeable to water have left their mark not only on the landscape, but on the rivers, lakes, and streams. Excessive development without water quality safeguards stresses drinking water systems, inhibits groundwater recharge, and creates overwhelming amounts of stormwater runoff that washes pollutants into the river. These problems must be addressed to secure reliable clean water supplies for the communities and ecosystems that depend on the river to survive.

The river has been largely separated from its flood plan which limits its ability to be resilient to climate change. The river and the communities along it have suffered through historic flooding in the 2010s which came right on the heels of the drought of record. The flood plains along the river need to be restored to be able to absorb flooding and slowly filter and release the water to ensure sustainable flows.

The large communities in the basin rely on a tangled web of water supply built on thirty-three large reservoirs and numerous in-river withdrawals to provide enough clean drinking water. There are interconnections between the various municipal water supply systems and water is pumped from one section of the watershed to the next disrupting the ecological balance of the river and putting into question the long-term water supply of downstream users.

The Cape Fear River is the only river in North Carolina that supported inland commercial navigation, three navigation locks operated by the U.S. Army Corps of Engineers were built in the early 1900s to facilitate commercial barge traffic on the river up to Fayetteville. No barges have operated on the river in more than a decade. The locks significantly alter the river from Fayetteville to the tidal zone impairing ecological functions of the lower river and are major impediments to fish, blocking access to the habitat of migratory fish.

The threats that the river faces are interconnected, and these connections reveal a web of opportunities that to be pursued and untangled to resolve the problems. American Rivers’ long-term goal for the Cape Fear River is to balance the basin’s water supply needs with the availability of clean water for both people and nature while encouraging the communities that live near the river to embrace it as a natural resource to enjoy and protect. We use an integrated river management approach that uses the dynamic connections between the threats to resolve the problems. This approach to water management creates holistic, coordinated water systems that maximize economic, social, and environmental benefits in an equitable and sustainable manner.

In the upper reaches of the Cape Fear basin we are pursuing an integrated water management strategy to restore the Haw River and balance the demands of human and natural communities to find the value in a healthy river system.

A functional system must be developed to modernize the agricultural operations of the watershed to reduce the threat of pollutants and to sustain the rural economic driver that agriculture is for the communities of the watershed. The Concentrated Animal Feeding Operations (CAFOs) need to be moved from the floodplains and the associated waste disposal systems need to be updated to treat the effluent.

One of the greatest opportunities is the possibility of reconnecting the Cape Fear through the removal of barriers throughout the watershed. The three upper most dams on main stem of the river offer an important chance restore the Cape Fear river. The most significant hindrance to the removal of these larger dams is the existence of water supply behind the old locks so alternative reliable water supply must be assured through a feasibility analysis. These restoration efforts must be done in partnership with the communities along the river to ensure they all receive the benefits of these efforts. There are hundreds of smaller low head dams throughout the watershed that have been evaluated and can be removed to restore a healthy river. 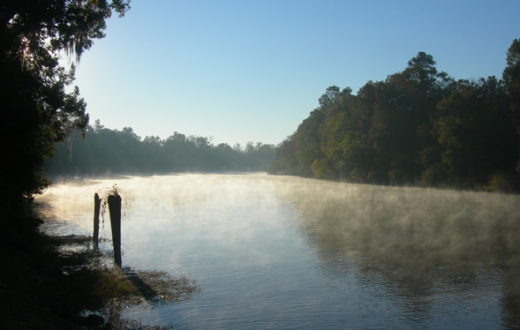 North Carolina's Cape Fear River is making headlines for the unregulated release of a...