(Kremmling, CO)—The U.S. Department of Agriculture’s Natural Resources Conservation Service (NRCS) this week announced $7.75 million in funding for an ambitious slate of projects to address the impacts on the Colorado River of trans-mountain diversions of water from the West Slope to the Front Range. Fisheries conservation group Trout Unlimited is the lead partner on the grant application.

The Colorado River Headwaters Project received $7,758,830 from the NRCS’s Regional Conservation Partnership Program (RCPP) to improve irrigation systems and reverse the decline in water quality and fish habitat in the headwaters of the Colorado River.

Led by an array of partners representing conservation interests, agriculture, local government, water providers, state agencies, and landowners, the Headwaters Project will create a bypass channel to reconnect the Colorado River at Windy Gap Reservoir, make channel and habitat improvements downstream of the bypass near Kremmling, Colorado, to support healthy river habitat, and improve irrigation systems as well as soil and water quality.

When fully implemented, the Headwaters Project will directly benefit more than 30 miles of the Colorado River and 4,500 acres of irrigated lands that provide sage grouse habitat and make available up to 11,000 acre-feet of water to improve the river during low-flow conditions.

“This is a huge win for the Colorado River,” said Drew Peternell, director of Trout Unlimited’s Colorado Water Project. “We’re seeing an exciting and ambitious conservation vision for the upper Colorado become reality. With this funding, we’ll be able to put the ecosystem pieces of the upper Colorado River back together and restore the river and its trout fishery to health.”

“The Headwaters of the Colorado project is a great example of how municipal water providers, ranchers, conservation organizations and others can work together to restore an important reach the Colorado River for both the environment and agricultural operations with benefits downstream,” said Matt Rice, director of the Colorado River Basin Program at American Rivers. “A collaboration like this would have been unheard of 10 years ago. It’s a win for everyone in Colorado.”

At present, transmountain diversions divert over 60 percent of the upper Colorado River’s native flows across the Continental Divide for use in the Front Range and northern Colorado. The resulting low flows in the river have seriously undermined the operations of irrigation systems and the health of the Colorado River in the project area. Low flows make it difficult for irrigators to divert water, especially during drought, and also raise water temperatures and hamper the river’s ability to transport sediment, leading to sediment buildup on the riverbed that degrades aquatic habitat.

Local ranchers wanted to address these irrigation problems as well as river health, said Paul Bruchez, a Kremmling-area rancher who organized his neighboring landowners into the Irrigators of Lands in the Vicinity of Kremmling (ILVK) group, a key project partner. The project will install several innovative instream structures designed to provide adequate water levels for irrigation while also improving critical fish habitat. This will be the first project in the country to demonstrate these stream engineering practices on a significant scale.

“This news is life-changing for the headwaters of the Colorado River and those who rely on it,” said Bruchez. “Years ago, water stakeholders in this region were at battle. Now, it is a collaboration that will create resiliency and sustainability for the health of the river and its agricultural producers. Healthy ranches need healthy rivers, and the RCPP funding will help sustain both.”

The Windy Gap Reservoir bypass and the Kremmling area river improvements address several pieces of the puzzle in a long-term, regional effort to restore the upper Colorado River. Other pieces include agreements that TU helped negotiate with Denver Water and the Northern Colorado Water District that contained significant river protections as well as an innovative, long-term monitoring and adaptive management process (called “Learning by Doing”) that requires stakeholders to work together to ensure the future health of the river. That progress and collaboration is all the more remarkable coming after years of conflict between West Slope interests and conservation groups concerned about the health of the river, and Front Range water providers seeking to divert more water across the Divide.

“What’s happening on the upper Colorado shows that water users can work together to ensure river health while meeting diverse uses,” said TU’s Peternell. “This project is a model of what cooperation and collaboration can achieve in meeting our water challenges in Colorado and the Colorado River Basin.” 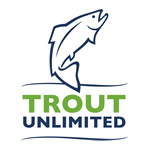 Trout Unlimited is the nation’s largest coldwater conservation organization, with 147,000 members dedicated to conserving, protecting, and restoring North America’s trout and salmon fisheries and their watersheds. Colorado Trout Unlimited has more than 10,000 grassroots members across the state.

American Rivers protects wild rivers, restores damaged rivers and conserves clean water for people and nature. Since 1973, American Rivers has protected and restored more than 150,000 miles of rivers through advocacy efforts, on-the-ground projects and an annual America’s Most Endangered Rivers® campaign. Headquartered in Washington, DC, American Rivers has offices across the country and more than 250,000 members, supporters and volunteers.