The era of widespread construction of large dams for the most part ended in the 1960s and ‘70s. But recently, proposals for new dams have emerged, mostly in the name of improving water supplies strained by urban growth, a desire to irrigate more cropland, or adapting to expected changes in precipitation patterns accompanying climate change.

These new dam proposals don’t have to signal a new dam building era – in the vast majority of cases, water supply alternatives, such as water efficiency and conservation, will prove less costly for taxpayers, rivers, and communities as a whole.

So You’ve Decided to Fight a Dam Proposal…

The era of widespread construction of large dams, for the most part, ended in the 1960s and ‘70s. Or so we thought. Recently, numerous proposals for new dams have emerged, mostly in the name of improving water supplies strained by urban growth, a desire to irrigate more cropland, or adapting to predicted` changes in precipitation patterns accompanying climate change. But new dam proposals don’t have to signal a new dam building era – in the vast majority of cases, water supply alternatives, such as water efficiency and conservation, will prove less costly for taxpayers, rivers, and communities as a whole.

Not all new dam proposals involve traditional dams blocking major rivers – many would dam side canyons or tributary creeks, relying on pumps from a larger river to store water for times of year (typically summer) when more water is desired. These off-channel dams share many of the environmental drawbacks associated with traditional dams: they may block fish migration, harm water quality and temperature, flood valuable riparian and terrestrial wildlife habitat, strain a river basin’s overall water budget, and reduce or alter river flows. And like traditional dams, off-channel dams can cost billions of taxpayer dollars to construct. Off-channel dams can also use a lot of electricity as water usually needs to be pumped uphill to fill their reservoirs. In dry years, the water needed to fill a reservoir may not be available, and if there is water available, much of it will evaporate (an increasingly serious issue as summers grow hotter).

That said, there may be cases where a new off-channel dam makes sense, and could actually help improve seasonal flows for fish and recreation in a nearby river. More often than not, however, the environmental and economic costs of a new dam – whether on- or off-channel – will outweigh any benefits. That’s why the potential of demand reduction strategies and alternative sources of water supply must be thoroughly analyzed and, if there is potential to meet demand, implemented before a new dam proposal receives serious consideration.

So Many Dam Alternatives

Dams are hardly the only way to meet the demand for water, whether it’s new demand due to population growth or to adjust to altered precipitation or runoff patterns resulting from climate change.

The first step in fighting a new dam is to insist that a reasonable assessment of demand for water is made available.  Without knowledge of how much water is needed, discussion of tools to meet demand is premature.  Any credible demand assessment should assume future implementation of significant conservation and efficiency measures (for more on how to define demand, link to demand fact sheet).

Once demand is nailed down, communities should seek a thorough assessment of supply options to meet that demand.

Other supply options may also include:

In most cases, these water supply tools, whether alone or in combination, will prove far less expensive than building a new dam.  These tools also tend to be more flexible than surface storage dams when it comes to adapting water supply systems to a changing climate.  For instance, unlike traditional surface storage solutions, conservation, efficiency, groundwater storage, and western water markets are not vulnerable to increased evaporation as temperatures rise.  In addition, conservation and efficiency can be implemented anywhere.  New storage projects, on the other hand, only benefit those located within a certain proximity.

In addition to insisting on credible evaluations of water demand and water supply alternatives, communities should call for any studies of new dams to include ample opportunity for public input, ideally well before it goes through the official federal or state environmental review process. Ample opportunities for public input will allow the public to expose any faulty assumptions regarding demand and supply evaluations as well as any other environmental and economic problems.

Another thing citizens should insist on is that the beneficiaries of a dam pay for its benefits. Support for a dam can drop off considerably if local water users – who often envision new dams as pork barrel projects paid for by federal or state taxpayers – have to shoulder the burden of dam construction themselves. In some instances, such as when public utility is proposing a new project, the user pays principle will likely be followed out of necessity. But user-pays is a somewhat novel concept when it comes to large western water storage dams that are operated largely for the benefit of the irrigated agriculture industry, but paid for primarily by taxpayers.

John Cline Reservoir, a 1,200-acre reservoir, was proposed by Cleveland County Water in North Carolina on April 5, 2005, to provide a reliable water source for its growing population particularly in times of drought, attract new businesses, and maintain a healthy quality of life for the citizens in the service area. However, local proponents failed to consider the immense environmental impact of a run-of-river reservoir on the First Broad River which included the destruction of 24 miles of free-flowing river, six acres of wetland and 1,400 acres of forest, farms, homes, and parks. Community members, landowners and environmental organizations – including American Rivers – organized to stop the reservoir and the damage it would cause. In 2016, they succeeded in stopping the reservoir when the U.S. Army Corps of Engineer (USACE) released a letter denying the permit for the reservoir stating that there were substantial environmental impacts associated with the reservoir and advised Cleveland County Water to examine available alternatives that were less environmentally damaging and inexpensive. For now, the river runs free.

In 2000, a 1,242-acres Bear Creek Reservoir was proposed by Newton County, Georgia. As proposed, the reservoir would have provided 28 million gallons of water per day (MGD) to the area’s growing population of 400,000 individuals by 2050. However, the population projections released by Newton County in July 2015 showed Newton’s County’s population would only reach about 200,000 individuals by 2050. Then, the County had a difficult time justifying the need for the dam. Finally, on October 6, 2015, USACE denied the County’s appeal for reinstatement of their application and confirmed the administrative withdrawal of the permit stating that the County was not able to present requested documentation to support the application. And on October 20, 2015, the Newton County Board of Commissioners passed a motion to stop funding the project effectively defeating the dam. Advocacy by local community members and taxpayers, American Rivers and other environmental groups made them realize that there were alternatives available to meet the water demand.

The Black Rock dam proposal, which would construct a 700 foot dam in an intermittent creek valley between the Yakima and Columbia rivers in south-central Washington State, is an example of how not to approach a dam proposal.  Here, the local congressman, at the behest of local irrigators and developers, succeeded in obtaining authorization for a federal study comparing building Black Rock dam to doing nothing – an artificially restrictive set of options that did not include a full examination of alternative supply tools.  On top of that, the federal agency that performed the study failed to include aggressive conservation in its demand projection.  Fortunately, the project died of its own weight, as it could cost over $7 billion and carry a risk of seeping into radioactive groundwater beneath the Hanford Nuclear Reservation, reducing the ability to contain that groundwater before it contaminates the last free-flowing stretch of the Columbia River.

Across the Columbia River from the Black Rock site lies Crab Creek, the longest creek in the United States, and a small but biologically important population of threatened steelhead trout.  A recent appraisal evaluation by the Bureau of Reclamation and the State of Washington identified the lower Crab Creek as a potential site for a new water storage dam. Thanks to the efforts of American Rivers and other conservation groups as well as the requirements of a state water management law, Washington State has agreed to provide a comprehensive analysis of water demand and water supply alternatives before deciding whether it makes sense to pursue the Crab Creek dam proposal further.  The Crab Creek proposal is not dead yet, but the process currently underway is likely to show decision-makers that there are cheaper, more environmentally friendly ways, including efficiency and re-operation of existing dams, to meet central Washington’s in- and out-of-stream water needs.

Connecticut River Dam — Back to the Future

In the mid-1980s Boston was faced with the question of how to secure its water supply for a growing city. They examined many options including damming the Connecticut River. After evaluating all their options, the Massachusetts Water Resource Authority (MWRA) decided in favor of aggressively pursuing water efficiency and against the damming of the river.

Shortly thereafter MWRA initiated its conservation program which included a leak detection and abatement program, system-wide residential retrofit programs, changing the state plumbing code from 3.5 gal/flush to 1.6 gal/flush, and industrial audits. Boston successfully secured its needed water supply by reducing its water consumption from 330 million gallons per day in the mid-80s to 205 million gallons per day in 2009, a 35 percent reduction. In fact, the metro area now uses less water than it did in 1911. And while they spent $40 million on these water efficiency measures, given that they were able to avoid the $500 million cost of the dam, overall water efficiency was by far more cost effective. 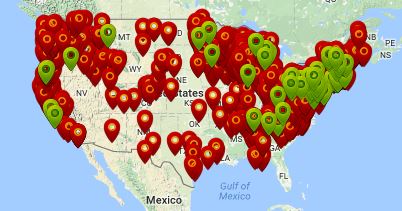 Check Out the dams removed in the United States since 1916 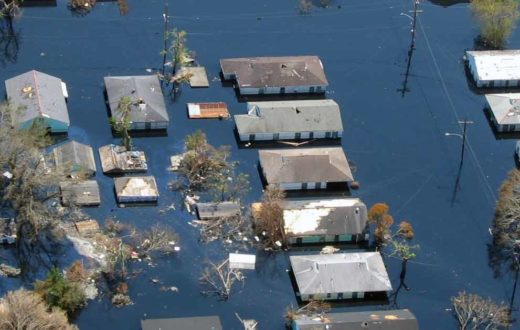 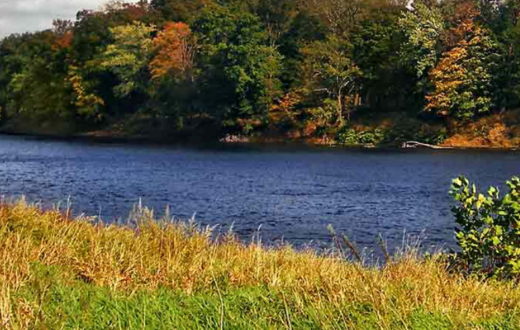 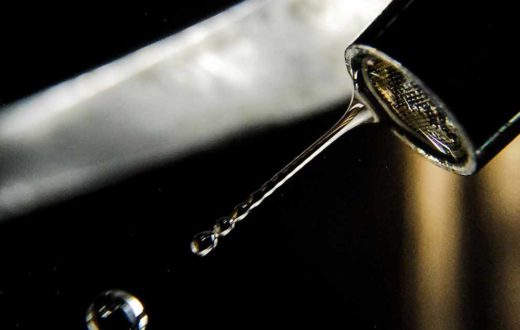 The Impacts of Climate Change on Rivers
Climate change will have dramatic impacts on communities, threatening public health, weakening economies and...

Why We Need to Restore Floodplains
When we manage rivers wisely, we can keep communities safe and enjoy all of...