Our nation is at a crossroads. We desperately need to reduce our dependence on fossil fuels and decrease the amount of carbon in the atmosphere. That means that we need to use less energy, and we need to get more of our energy from renewable sources.

It is equally imperative that we do not destroy the environment we are trying to save by rushing to develop low-emissions energy sources that will result in serious environmental harm, as well as high economic and societal costs. We can have – and must demand – energy that avoids carbon emissions, does not consume finite natural resources, and does not irreparably harm the environment.

Solutions For The 21st Century

American Rivers supports the continued operation of most hydropower projects. We have a long history of working with dam owners to improve the operations of projects, achieving successes for ratepayers, the economy, and the environment. We also advocate for the removal of outdated or unsafe dams whose costs outweigh their benefits.

The focus on hydropower in the coming years must not be on building new dams, but instead on maximizing efficiency, responsible operation, and environmental performance.

All the good locations are already developed: The available number of potential hydropower dam sites is limited by geography, and in the United States, the most viable sites have already been developed or are off limits. The few sites that remain would provide only marginal power benefits, often at great environmental cost.

Healthy rivers are our “natural defense” against global warming impacts: We need healthy rivers and the clean water and natural flood protection benefits they provide, in order to be resilient against the droughts, floods, and waterborne diseases that will increase with global warming. Likewise, fish and wildlife will need healthy, free-flowing rivers more than ever if they are to survive in a warming world. Building dams destroys the natural defense system that healthy rivers give our communities. 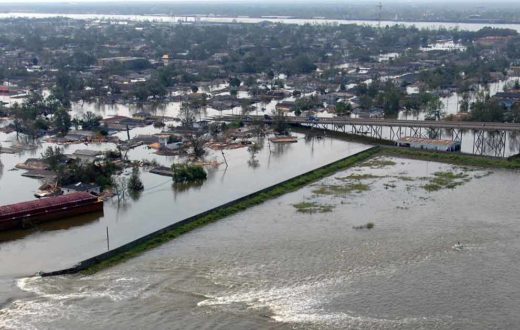