What Makes a River Different Colors

Have you ever wondered what makes rivers different colors?

We are taught growing up that water is blue, but some rivers are black, brown, emerald blue, green, or even blue-green. So what gives these rivers their colors?

First we need to understand what color is. Natural light is actually made up of a number of different colors associated with different wave lengths within the light spectrum.

Think of the multiple colors of light when refracted by a prism. The color we associate with anything is the range of light waves that is reflected back to our eyes by the molecules that comprise the entity. We don’t see the colors of light that are absorbed.

When it comes to pure water, blue light is reflected while other colors of light, especially reds, are absorbed.

Dissolved particles are things such as tannins (a yellowish-brown organic acid that is found in plant tissues), or particles of iron and manganese from rocks or soil. Water that is blue has a very low amount of dissolved particles in it.

Factors such as minerals, soil runoff and sediment, and even algae can cause water to vary from its natural color of blue.

The most common cause for water to change color is minerals. When a rock is weathered down over time, the minerals from the rock are dissolved and small pieces are released into the water causing different colors.

Iron, manganese, and calcium carbonate from limestone all common minerals that can cause water to range in color from red and orange to green and blue.

Sediment and soil runoff can also change water’s color – sometimes as a temporary color change after storms and sometimes permanently if the river constantly carries lots of sediment. Erosion from river banks brings soil into the river, changing the color. After heavy storms, many rivers run brown from all the runoff flowing into the river. Clay can cause rivers to be murky whiteuddy brown, or yellow.

Algal blooms are natural occurring overgrowths of algae caused by sunlight, slow water, or nutrients. Pollution runoff from humans can also increase nutrients in the water and cause an algal bloom. Algae affect not only the health of a river but also the color. The color caused by algae can vary from a dark green to almost a reddish color. Algae consume nutrients from the water along with dissolved oxygen causing negative effects on the ecosystem of the river. Once the algae begin decaying it releases methane gas causing foul odors.

10 Ways to Save Water at Home 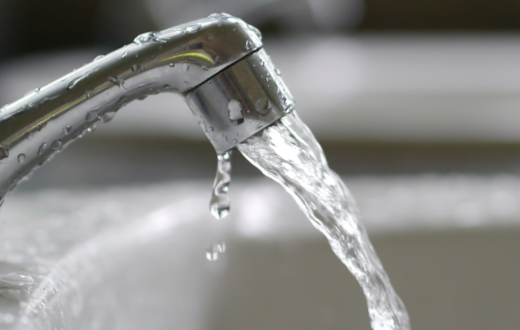 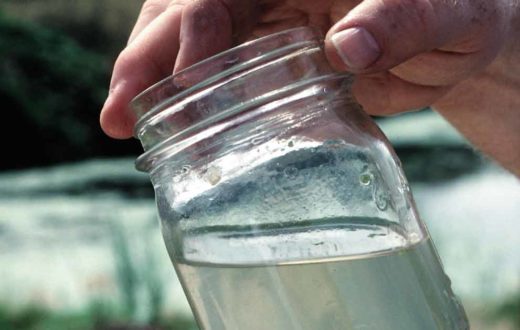