Flowing from the Appalachian Mountains to the Chesapeake Bay, the James River is Virginia’s largest river and is rich with scenic, historic and cultural values.

The James is known as America’s “founding river” because it was the site of the first permanent English colony at Jamestown in 1607, and home to Virginia’s first colonial capital at Williamsburg. Indigenous people lived in Virginia for 16,000 years before colonists arrived. The tribes of the Powhatan Confederacy settled in villages near the James, and the river served as a transportation corridor for Native Americans and early colonists. The James River was the site of critical battles in the Revolution and the Civil War.

In 2012, American Rivers partnered with Outside Magazine to spotlight the nation’s best river towns. The public voted Richmond, Virginia as the winner, thanks to the many recreation benefits provided by the James River.

The James is critical habitat for Atlantic sturgeon, a species that has existed for 120 million years, and is one of the largest roosting areas on the eastern seaboard for bald eagles. 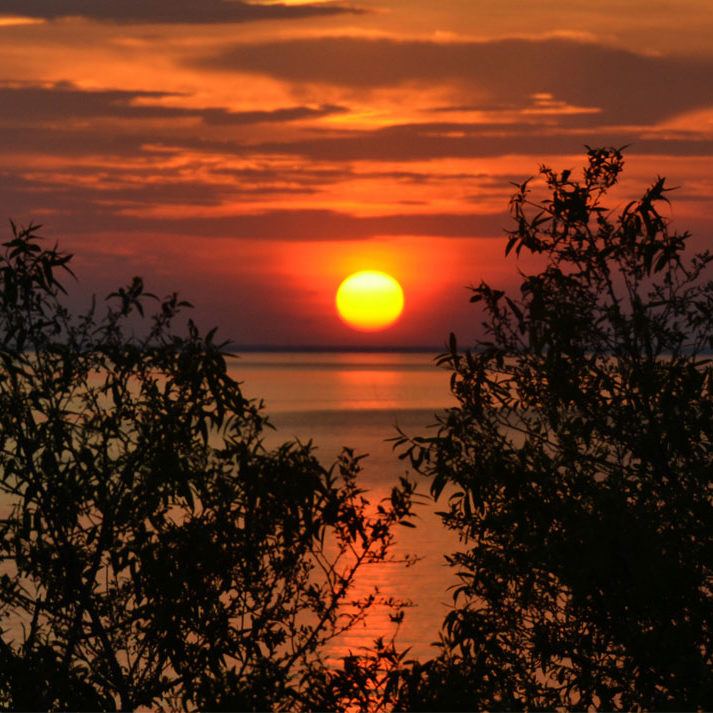 The James River is one of the longest rivers in America that begins and ends in the same state. It’s 340 miles long and is fed by 15,000 miles of tributaries.

American Rivers, working with our partners, seeks to protect the James River and its key tributaries to conserve the ecological, recreational, and community benefits they provide.

The National Park Service has found that the James is “one of the most significant historic, relatively undeveloped rivers in the entire northeast region.”

Because of these outstanding qualities, the Park Service found the James River and some of its high-value tributaries eligible for Wild and Scenic River designation as a part of its Nationwide Rivers Inventory.  The agency determined that these rivers are free-flowing and have outstanding values of national or regional significance that warrant its inclusion in the National System of Wild and Scenic Rivers.

The Maury and Rivanna Rivers, two high-value tributaries of the James River, also qualify as free-flowing and have several outstandingly remarkable values including recreation, fisheries, and scenery. Protecting these tributaries will help prevent further degradation of the James River from harmful development and other threats.

Portions of the James River and its tributaries are prime candidates for the Partnership Wild & Scenic Rivers Program, a successful model of designation that helps communities preserve and manage their own river-related resources locally by bringing together state, county, and community managers. Somewhat different from traditional Wild and Scenic River designation, the Partnership Program protects nationally significant rivers that flow through privately-owned or state-owned lands.

The program engages private interests and all levels of government in study, planning, and managing the river for the benefit of future generations.

American Rivers has been supporting efforts challenging Dominion Energy’s transmission lines across the James River. The massive power lines and 17 transmission towers harm the integrity of this unique landscape and historic viewshed. This stretch of the James is listed in the Nationwide Rivers Inventory and has been found to have “outstandingly remarkable” historical values.

Despite strong public opposition, the Army Corps of Engineers granted a permit to Dominion Energy to construct the power lines in 2017 – but the Army Corps did not require an Environmental Impact Statement. Dominion proceeded with construction, while our partners challenged the permit in court. American Rivers filed a friend of the court brief in support of the National Parks Conservation Association, arguing the Army Corps violated the National Environmental Policy Act. The transmission lines were completed while the legal battle continued.

In February 2019, the U.S. Court of Appeals ruled that the Army Corps violated federal law and ordered the Army Corps to prepare an Environmental Impact Statement.

“The public is deeply connected to this area and the river due to its historical significance and aesthetic beauty. We need to work together to protect the Commonwealth’s priceless heritage and America’s Founding River.”

American Rivers has urged the Army Corps to consider energy demand, endangered species, and the Clean Water Act as well as to ignore any costs for the removal of the transmission lines and related infrastructure. Those costs were incurred after Dominion assured the District Court for the District of Columbia and the U.S. Court of Appeals for the DC Circuit that any construction could easily be reversed if it was found that the transmission towers and accompanying infrastructure were installed under the auspices of an unlawful permit.

“Sustainable power production and transmission are critical needs, but it’s important we look at alternatives that can serve the region’s evolving needs while preserving the character and values of the James River. The public is deeply connected to this area and the river due to its historical significance and aesthetic beauty,” said Bob Irvin, President of American Rivers 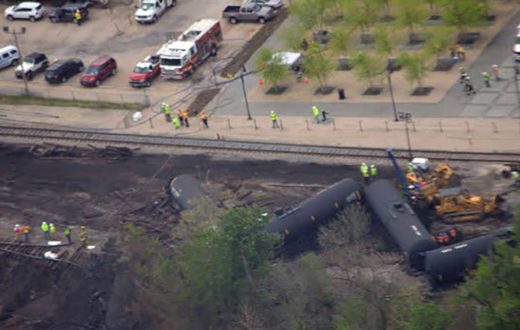