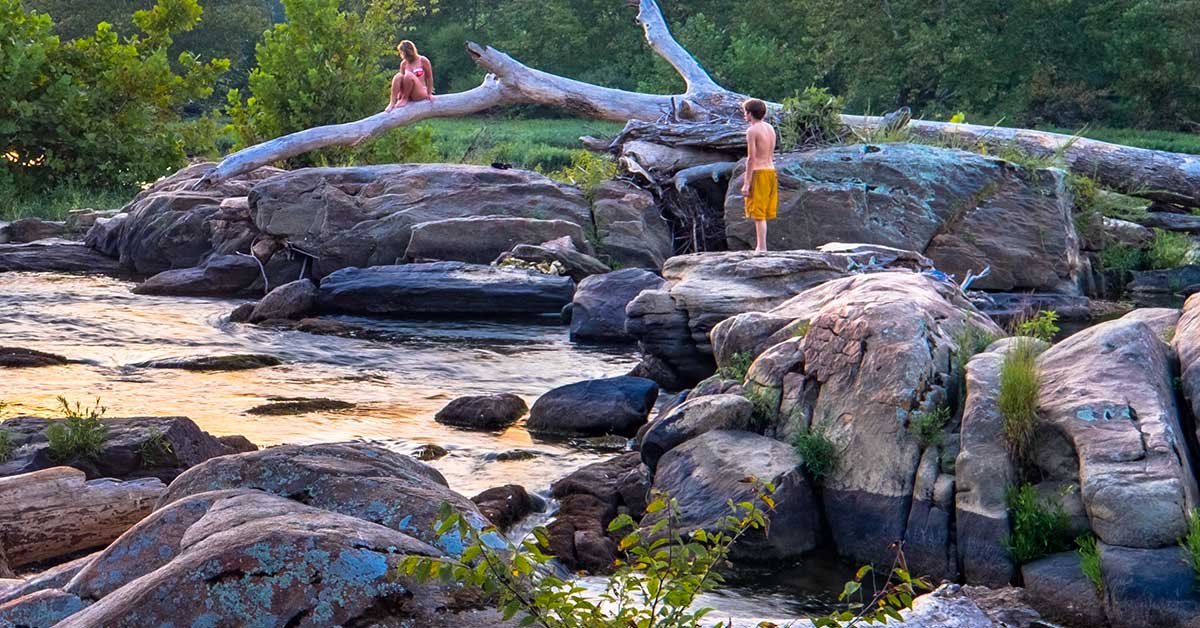 Rich in American heritage, a healthy Rappahannock River is important to the Chesapeake Bay. Unfortunately, the river and its clean water are threatened by industry interest in expanding fracking operations into Tidewater Virginia. The area overlies the Taylorsville Basin, a section of earth deep underground thought to contain shale gas deposits. Developing natural gas in this area would require drilling through the Potomac Aquifer, which supplies drinking water to three million people in Virginia’s Coastal Plain and Tidewater regions. The Virginia legislature and local municipalities must maintain and, where necessary, establish strong natural gas regulations and zoning to protect communities, river health and clean water.

The Rappahannock River is the longest free-flowing river in Virginia, and its watershed includes all or parts of 18 counties from the Blue Ridge Mountains to Chesapeake Bay. The Rappahannock and its tributaries support a thriving agricultural industry, irrigating crops and providing clean water for livestock. The most important industries dependent on the Rappahannock are the blue crab, oyster, striped bass, menhaden and other fisheries that provide the livelihoods of local watermen.

Thousands of residents and visitors take advantage of Rappahannock Basin rivers and streams for a wide range of recreational activities, including paddling, sport fishing, swimming and waterfowl hunting. Shenandoah National Park, City of Fredericksburg Watershed Property, and Rappahannock River Valley National Wildlife Refuge are all pristine, protected public lands within the Rappahannock River Basin, providing over 80,000 acres of permanently protected lands to the public for recreation. The river is also an important part of the John Smith National Historic Trail.

There are currently approximately 85,000 acres in five counties leased for oil and gas exploration and hydraulic fracturing (“fracking”) along the tidal Rappahannock and many of its tributaries. Local partners and concerned citizens have worked together for four years to raise awareness of this threat and secure protections for the communities and water resources of the Rappahannock watershed. However, only one out of five counties has passed a land use ordinance designed to protect its environment and natural resources, residents, local economy, character and important infrastructure from the impacts of industrial gas development and fracking.

In November 2016, Virginia Governor Terry McAuliffe approved new regulations for the Virginia Department of Mines, Minerals, and Energy (DMME) that would require, among other things, disclosure of fracking chemicals and baseline water testing and monitoring. During the first week in the 2017 General Assembly, however, representatives of the natural gas industry supported introduction of four pieces of legislation designed to weaken the new fracking chemical disclosure requirements— a key protection built into the new regulations. Fortunately, local partners and others joined together to wage a successful campaign to defeat all four bills and protect– for now– the newly established state regulations.

Unfortunately, it is clear that the threats that industrial gas development and fracking pose to the rural and agricultural communities along the Rappahannock River are not going away. The first line of defense lies with local government, which has the power to establish local protections to protect the drinking water for millions of citizens.

In August of 2016, Virginia’s King George County amended its zoning ordinance to require gas wells to be set back at least 1,000 feet from public groundwater supply wells and 750 feet from tidal wetlands and other important waters, occupied buildings and public roads. These measures left 91 percent of the county unavailable for fracking. Additionally, DMME’s new regulations contain several improvements to help protect drinking water.

Despite this progress, the reality is that four out of five counties still are under threat. Tens of thousands of acres are already under lease, and the counties do not have zoning ordinances in place to help protect their drinking water and other important natural resources. Given these realities, residents and local governments in Westmoreland, Essex, Caroline, and King and Queen Counties should decide whether this new industry has a place in their communities and then establish local land use ordinances to ensure the long-term protection of the Rappahannock River and Potomac Aquifer. In addition, the Virginia House of Delegates and Senate must uphold the Governor’s new safeguards and understand that their constituents will not tolerate any attempt to weaken or remove existing regulations protecting rivers and clean drinking water from industrial gas development and fracking.