A haven of biodiversity, the Mobile Bay Basin accounts for approximately 14 percent of all the freshwater flows in the continental U.S. Failure to protect river flows at the state and federal level imperils hundreds of threatened and endangered species, the regional economy and drinking water supplies for millions of people. In 2016, drought exposed a lack of sustainable water management policies to protect the freshwater flows that are critical to this important river system. Alabama must develop a comprehensive water management plan for the state which protects the rivers, streams and delta that support millions of people and the region’s economy.

Spanning Mississippi, Alabama and Georgia, the Mobile Bay Basin is acclaimed nationally for its diverse ecosystems and for the water that it provides to millions. The second largest intact river delta system in the nation, Mobile Bay Basin includes more than 200 wetlands and waterways, including the Tombigbee, Black Warrior, Alabama, Mobile, Coosa, Tallapoosa and Cahaba Rivers.

The focal point of the Alabama state seal, the Mobile Bay watershed drains over two-thirds of the land mass of Alabama. Four of Alabama’s largest cities— Birmingham, Tuscaloosa, Montgomery and Mobile— as well as large portions of the Atlanta Metro Area, rely on the watershed for drinking water and wastewater assimilation. The Basin’s rivers are important for seafood, navigation, power generation, irrigation and recreation, including fishing, boating and whitewater kayaking. The Port of Mobile alone accounts for an estimated $22 billion in total economic impact, while outdoor recreation brings in $7.5 billion in direct consumer spending to Alabama.

Described by E.O. Wilson as “America’s Amazon,” the basin, particularly the Mobile Delta, is home to hundreds of species of fish, crayfish, mussels, snails and other aquatic life, many of which are found nowhere else on earth. The watershed is home to well over 140 threatened and endangered species, many of which have been heavily impacted by dams, diversions, and development.

The Mobile Bay, its Delta and the rivers that sustain them are under threat from mismanagement of water resources within the Basin. Waste and overuse of water are rampant. Throughout the Basin, river flows are increasingly altered to accommodate excessive use and consumption. In Mississippi, flows are only protected at the most meager levels. In Georgia, water plans sacrifice the headwaters of the Basin to the relentless growth of Metro Atlanta. In Alabama, which is responsible for the vast majority of the watershed, the state does not protect the amount of water it has at all.

Because most of the watershed is in Alabama, the state not only benefits the most from the Basin’s resources, it also bears the greatest responsibility to protect its flow. Alabama’s failure to meet this responsibility is repeatedly highlighted during droughts, which are occurring with greater frequency. In 2016, Alabama’s mismanagement of water resources throughout the summer resulted in more than 10 percent of the watershed’s streams setting new record lows due to unsustainable water consumption. In the Cahaba River, varying flows left endangered mussels stranded while fish kills were reported on tributary streams; flows on the mainstem of the Tallapoosa River collapsed completely. The state’s failure to protect these resources caused a reduction in freshwater flows into Mobile Bay, causing a dangerous increase in the Bay’s salinity.
As threats to Alabama’s water resources have mounted, the state has been too slow to act. Alabama does not reliably track its water use and has no enforceable policies to ensure that streams and water users are protected during droughts. Additionally, the state fails to provide protections for flows when it authorizes water use within the state or negotiates with federal regulators and its neighboring states. Likewise, the state has no policy to ensure that water conservation is required as a component of water authorizations.
Repeatedly, the state legislature has failed to enact legislation that would protect the Mobile Bay watershed. Exacerbating the problem, state leaders are currently seeking to promote even greater water consumption by relaxing standing prohibitions on water diversions, while providing incentives for farmers to increase irrigation.

In 2012, Alabama’s governor convened the Alabama Water Agencies Working Group (AWAWG) to provide a recommendation for a statewide, comprehensive water management plan. In January 2017, the AWAWG submitted its final recommendations to the governor. Now the Alabama legislature must take these recommendations and pass legislation that would provide for effective water management throughout the Basin. This legislation must be comprehensive and protect both the flows of the tributaries as well as flows to the bay. Specifically, this water management program must require the state to identify and reserve from allocation the flows and levels necessary to protect the chemical, physical and biological integrity of the state’s waters. This should include real provisions for accounting for water use, and describe the steps that the state will take in order to ensure that streams, as well as water users, are protected during future droughts and water shortages.

Now that Alabama is on the brink of action, we cannot allow powerful interests to sacrifice this incredible natural resource, and the various industries that rely on upon it, all in the name of preserving the status quo. With a truly sustainable water management plan, Alabama would protect the waters within its borders and be in a much better position to negotiate with neighboring states for the protection of this watershed as a whole. The Mobile Bay Basin is too important to allow the mismanagement of water to continue to threaten it. 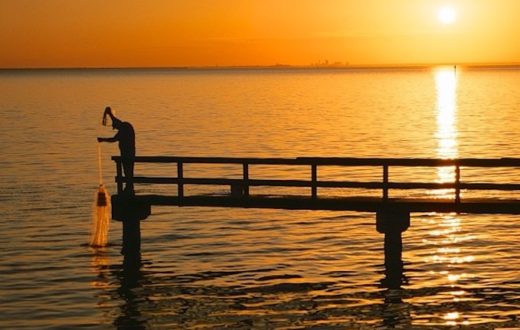 A Visual Journey Along the Black Warrior River

Join us on a photographic journey of the waters and wildlife of the Black... 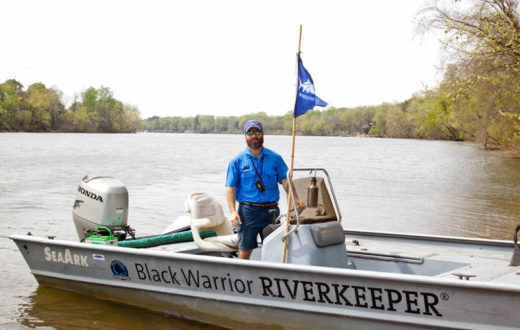 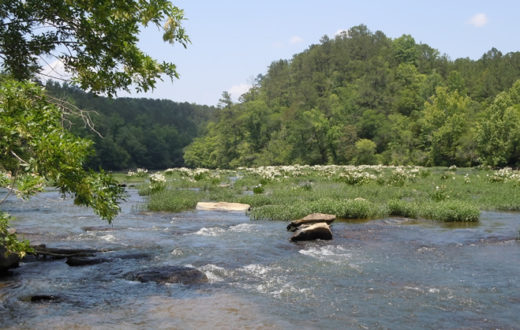 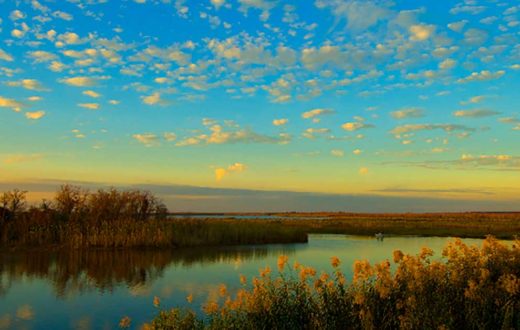