The Lower Colorado River provides drinking water for one in ten Americans, nourishes cities including Las Vegas, Los Angeles and Phoenix, and grows approximately 90 percent of the nation’s winter vegetables. However, water demands are outstripping supply, and climate change makes the situation even more urgent. The river is at a breaking point, with looming shortages in supply that could threaten the security of water and food supplies and a significant portion of the national economy. The Trump Administration, state water leaders and the congressional delegations of Arizona, Nevada and California must prioritize innovative water management solutions to ensure the Lower Colorado can continue to sustain the Southwest and the nation as a whole.

The Colorado River is the lifeblood of the Southwest. The Lower Colorado begins at Lee’s Ferry and winds through Nevada, Arizona and California, with so much water withdrawn along the way for agricultural, industrial and municipal uses that it dries up before reaching the Gulf of California. The Lower Colorado provides drinking water to 30 million people in some of the fastest-growing metropolitan areas in the U.S., including Las Vegas, Phoenix, Tucson, Los Angeles and San Diego.

The river is critical to the future of agriculture in the region, providing water for over five million acres of farmland growing crops worth roughly $600 million annually. The Lower Colorado supports thriving recreation and tourism, carving the Grand Canyon and supplying water to the fountains along the Vegas Strip. All told, the Lower Colorado has an annual economic impact of $900 billion. The river also provides essential habitat for six threatened and endangered species and is a treasured recreational and spiritual resource in the region.

Over the past several years, federal agencies and state water leaders have made considerable progress toward water conservation and programs that reduce overuse of the river. This success is threatened by the Trump Administration’s Fiscal Year 2018 Budget proposal, the implementation of which would cut funding to critical federal programs like the Bureau of Reclamations’ System Conservation Program, the U.S. Department of Agriculture’s Regional Conservation Partnership Program, and the Department of Interior’s WaterSMART program and Title XVI grants for municipal conservation and efficiency efforts. These cuts could potentially reverse progress made by states, cities and farmers to reduce water consumption in the Lower Colorado River Basin.

Each year, the Lower Basin uses an average of 1.2 million more acre-feet of water than it receives in flows from the Upper Colorado River Basin, equivalent to the water use of two and a half million households in the Southwest. To date, Lower Colorado Basin water users have overcome this supply imbalance by drawing from storage that accumulated over decades when water demand was lower. This is not a sustainable solution in the face of climate change, drought and rapid population growth, which are already straining dwindling water supplies.

Failing to address the overdraft in the immediate future will result in severe economic and ecological impacts to the Lower Colorado River. Water levels will continue to drop, triggering an official “shortage declaration” by the Bureau of Reclamation and forcing mandatory water delivery curtailments. While heavy snowpack in the Rocky Mountains may temporarily reduce the risk of shortage, as recently as August 2016, the Bureau projected a greater than 50 percent chance of shortage in 2018. Cities and farms would almost certainly face new water use restrictions. Arizona water users would be the hardest hit— even though California farms and cities are further downstream, federal law gives Arizona lower priority access to Colorado River water.

It is vital that Congress and the Trump Administration provide leadership and financial resources for innovative water savings projects to conserve and share the region’s water assets. The federal government and the states of Arizona, California and Nevada have been negotiating a Drought Contingency Plan (DCP) to help stabilize water supplies in the Lower Colorado River Basin. In the DCP proposal, states are considering additional voluntary curtailments of Colorado River water deliveries in order to stabilize the system and avoid deepening water shortages. These water savings will come from all sectors of the water community, including agriculture, industry and municipalities.

The success of the DCP requires that Arizona immediately develop a plan for implementing the voluntary curtailments. Arizona is referring to this effort as “DCP Plus,” which involves a series of additional water savings measures designed to stave off a Shortage Declaration, at least temporarily. Governor Ducey and the Arizona Department of Water Resources have been instrumental leaders in creating partnerships to develop and support DCP Plus which will reduce demand on the river and create a more flexible water supply system. Supporting the Department’s efforts with adequate federal funding for the DCP Plus is a critical step toward water supply security for the state and the overall health of the river. If the DCP Plus is not funded, a water shortage will likely trigger curtailments that will destabilize the water supply in the Lower Colorado River Basin.

By supporting the funding for both of these efforts, Congress and the Trump Administration will protect the livelihoods of millions and help ensure the Lower Colorado will continue to sustain the region and our nation for generations to come.

Why the Lower Colorado is America’s #1 Most Endangered River®

The Lower Colorado River has been subject to piping, diverting, and damming, ultimately stripping...

To the people who work and depend on the river, the Lower Colorado’s health... 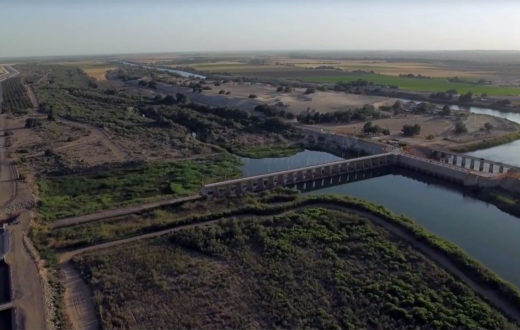 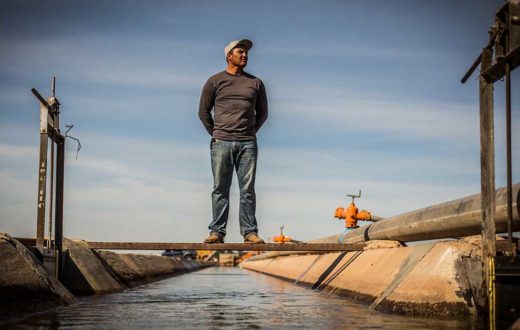