A drones eye view of the Verde River. | CEB Imagery

One of the jewels of the great state of Arizona, the Verde River is an important and well-loved gem in this remarkable landscape. Beginning 100 miles north of the City of Phoenix, the Verde flows 200 miles through the rural Verde Valley communities of Clarkdale, Cottonwood, and Camp Verde, ending just north of Phoenix where it joins the Salt River.

The Verde River in north-central Arizona is a precious gem – a silvery thread that winds its oasis of life through a remote desert environment. One of the last healthy, perennially flowing river systems remaining in the state, it is home to rare cottonwood-willow gallery forests, abundant wildlife, migratory and resident bird species, significant archaeological and historic resources, and vibrant communities.

The stretch of the Verde below Camp Verde is one of the only Wild & Scenic designations in Arizona, and is a truly spectacular wilderness landscape. The Verde River is a haven for wildlife, and is one of the last remaining free-flowing perennial rivers in the state. Not only is the Verde an important natural, cultural, historical, and economic resource to the immediate area, but it also is one of the last perennial streams in Arizona and a mecca for recreation in the northern part of the state.

Many stretches of the Verde are perfect for canoeing, kayaking or SUP adventures, even in the peak of summer when the flows are at their lowest. The Verde River at Clarkdale, one of the most popular stretches among beginner and novice paddlers, has excellent river access points and flows through an amazing, intact riparian habitat with birds and wildlife galore for nature enthusiasts.

Clear Creek river access to Beasley Flats just southeast of the Town of Camp Verde, provides an easy launch point to a remarkable stretch of river. These sites, which are owned and managed by the Prescott National Forest, are also floatable through most of the summer. This stretch also tours through the beginning of the Wild & Scenic stretch of the Verde River, and offers a slightly more challenging and exciting paddle.

Unlike the bustling Lower Salt, these river stretches are relatively uncrowded, and the river communities are working hard to preserve their peace, solitude, and scenic beauty for all to enjoy, as well as terrific riparian wildlife habitat.

Across the Verde Valley, there is an array of new initiatives to improve recreation opportunities, foster economic development, and build a healthy economy. The communities of Cottonwood, Clarkdale, and Camp Verde, and the Yavapai Apache Nation, have all engaged in recreation planning in recent years as interest in outdoor recreation continues to rise. Visitation to the Verde Valley is growing, and the residents, spectacular open space, and wildlife are experiencing the effects of these changes.

While the Verde Valley remains predominantly rural in character, it is a growing region, largely due to its natural amenities and attractions. Vineyards have been an economically viable means to preserve local agricultural resources, open space and wildlife habitat in the face of growth pressures. Growth also creates challenges to protecting the Verde River, one of the last free-flowing, perennial rivers in Arizona. By focusing on a less water-intensive, valuable crop such as grapes, the wine industry is doing its part to protect the natural resources of this vibrant destination.

The value of wildlife and the importance of protecting the river and riparian habitat on which it depends was one of the most resounding messages heard from residents during the Town of Camp Verde’s efforts to develop a comprehensive Verde River Recreation Master Plan. The Plan, adopted unanimously by the Town Council in February of 2016, showed wildlife viewing and appreciation as among the area’s most popular recreation activities.

Local community members are working to secure an Important Bird Area (IBA) designation along the Verde River in Camp Verde, which would fit well with community values, add to the area’s bird and wildlife watching opportunities, and support low-impact but economically-valuable recreation and tourism. According to research conducted by Tucson Audubon Society in 2013, watchable wildlife recreation activities contributed over $40 million toward retail sales, $22 million in salary and wages, and supported almost 600 jobs in Yavapai County alone.

The Camp Verde IBA effort is unique in Arizona – where a community has taken the initiative directly to pursue watchable wildlife opportunities; where residents have expressed keen interest in protecting important riparian wildlife habitat in their neighborhoods; and where local groups, landowners, land managers, and citizens have eagerly volunteered to support the project. American Rivers worked closely with Friends of Verde River Greenway and the Town of Camp Verde to craft the IBA application for submission to Audubon and BirdLife International and the project is also endorsed by the Northern Arizona Audubon Society.

This effort represents a tremendous opportunity for the Town of Camp Verde to support sustainable recreation and economic development while leaving a light footprint on the natural world and reflecting the community’s values.

Take a Paddle on the Wild Side: A Trip Down the Verde River Wild & Scenic Stretch

Many of the most popular stretches for paddlers along the Verde River are through... 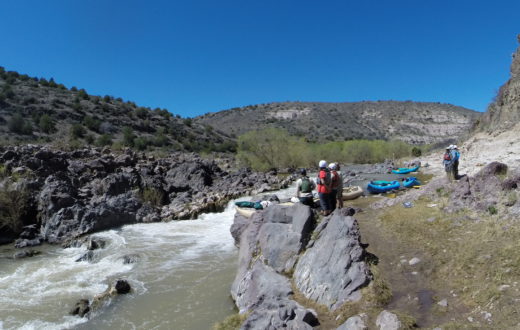 I’ve been lucky enough to spend some time in the Verde Valley, as well... 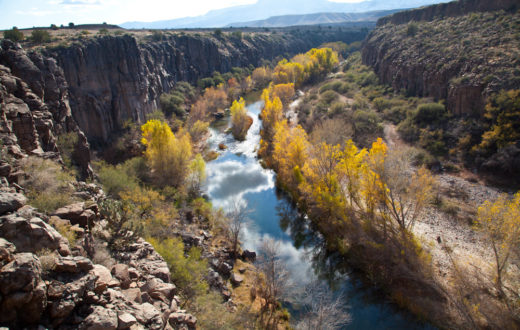 Settling on cozy couches in an office building nestled in the well-groomed vineyards and...

The Verde River in the Springtime: Events & Happenings in the Sedona-Verde Valley

The Verde River in the spring is a lovely place.  As the riparian corridor... 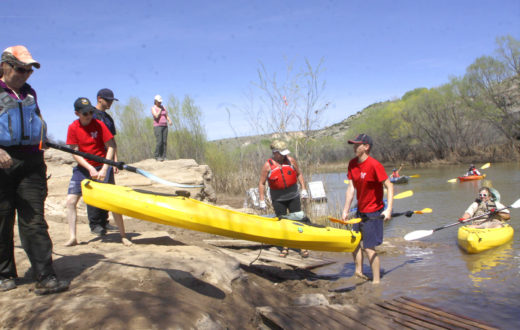