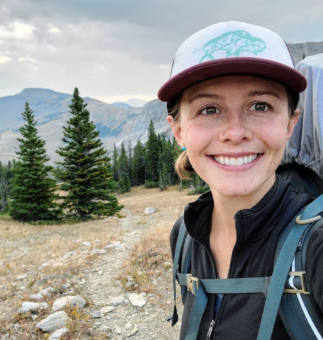 An assortment of canoes, kayaks, and packrafts lined the banks of the lower Flathead River near Buffalo Bridge. Early September sunlight glinted off the deep green water and illuminated clouds of dust that rose from the dirt road which disappeared into dry, golden hills on the other side of the river. A few of us drove the long shuttle between Buffalo Bridge and Dixon, swapping stories and getting to know one another, while the others loaded four days’ worth of food and gear into the boats.

Four years ago I was a student in Wilderness and Civilization, a semester-long program within the University of Montana’s Wilderness Institute that explores the relationships between Montana’s wild and working landscapes through a combination of classroom and field-based learning. Wilderness and Civ, as it’s more commonly called, has been around in one form or another since the 1970s and boasts a long list of notable alumni, including northwest poet Roger Dunsmore and our very own Scott Bosse.

The program is a little different each year but always includes a ten-day backpacking trip through some of the state’s most wild country, as well as a river trip of varying lengths. This year, a four-day trip down the lower Flathead River acted as a shakedown for the longer backpacking trip, giving students the opportunity to learn how to use, manage, and troubleshoot their gear. It also served as the ideal classroom to discuss river conservation in its many forms. I’ve been fortunate enough to lead and instruct for the program in the years since I was a student and this river trip provided the perfect opportunity to combine my work with American Rivers and my passion for experiential, place-based education.

It didn’t take long to adopt the river’s pace as its slow, steady current carried us south. We moved more intentionally through places we might not otherwise notice and became intimate with the shape of the land. Chit chat faded and was replaced by the chatter of cliff swallows, darting from their precarious nests built high on embankments of white sediment, and the screeches of eagles and osprey from their perches in ancient cottonwoods and fire-scarred ponderosa pine.

I noticed a “Public Land Owner” sticker on a student’s water bottle that first day, overlapping a number of others showcasing National Parks and conservation organizations. I smiled. At a glance, this river and the surrounding landscape look a lot like the vast public lands of the Northern Rockies that flank it. But, we don’t own this land. We’re visitors here, in every way. The majority of the lower Flathead River runs through the Flathead Reservation, homelands of the Séliš (Salish), Ql̓ispé (Kallspel or Pend d’Oreille), and Ksanka (Kootenai) people and home to the Confederated Salish and Kootenai Tribes (CSKT). The Tribal Council granted us a special education permit for this trip and we were welcomed with a lesson on the area’s cultural history at the National Bison Range, which is owned and managed by CSKT.

Gathered on the banks of the river in the evenings, we talked about the history of the Wild and Scenic Rivers Act, signed into law by President Lyndon Johnson in 1968. We observed that the waters we made coffee with each morning and dipped our paddles into throughout the day flow from the North, Middle, and South Forks of the Flathead River, which inspired the creation of and are each designated under the Act.

Simultaneously, we acknowledged that those waters are known by other names and have been sacred to the tribes of this area far longer than they’ve been designated Wild and Scenic. We talked about the 1940s Paradise Dam proposal, which would have inundated 72 miles of the lower Flathead River, requiring the relocation of four small towns along with the National Bison Range. The proposal was ultimately defeated, in large part due to the many ways in which it would have infringed upon Native American rights, but not without a fight. Each day, students’ questions dug deeper into the intersections of conservation and equity – asking how we might build upon long-standing conservation legislation to create more equitable management tools and how voices that have traditionally been left out of those conversations might shape the future of places like this.

Little did we know, the very section of river we were paddling was making history as we asked those questions. Just a few weeks prior to our trip, on August 10, 2021, the CSKT Tribal Council quietly passed the Cultural Waterways Ordinance (CWO), a piece of tribal legislation aimed at protecting waterways that possess, “the physical, spiritual, and environmental resources and conditions necessary for the continuance of cultural practices and activities.”

Under the CWO, waterways may be nominated to the Tribal Council following consultation with Tribal elders and research into the waterway’s specific cultural history. Once nominated, the designation must be approved by resolution through Tribal Council votes. Following designation, the Tribal Council determines a period of time during which the CSKT Natural Resources Department and the Division of Fish, Wildlife, Recreation and Conservation must complete or update a management plan for the designated Cultural Waterway. Similar to the Wild and Scenic Rivers Act, the Cultural Waterways Ordinance prohibits the construction of man-made obstructions, such as dams, that threaten the free-flowing character of designated waterways, with a strong emphasis on protecting cultural values.

August 10th, 2021, marked not only the passage of the Cultural Waterways Ordinance but also the designation of the first Cultural Waterway – the Lower Flathead River, from Séliš Ksanka QÍispé Dam to the reservation boundary. The CWO states:

“Maintaining the remaining free-flowing stretches, and the open, wild character of the river and surrounding area is crucial to the survival and well-being of the Tribes and the perpetuation of our cultures, there is hereby established the Lower Flathead River Cultural Waterway, extending from its exit from Flathead Lake down to its point of exit from the Flathead Reservation; and this Waterway, described herein, shall be administered to protect, preserve, and restore its cultural and environmental values.”

It would be over two months from our time on the Lower Flathead before news of this groundbreaking legislation began to circulate more widely. My heart swelled when I finally had the opportunity to read through the full ordinance, which blends the legislative jargon you’d expect with more storied descriptions of the Lower Flathead River’s cultural values.

I thought back to the questions students had asked while we sat next to the river and paddled towards the snow-capped peaks of the Mission Mountains; questions, like so many others, that felt like they’d take decades to figure out. Now, right in front of us, is a piece of legislation that’s actively shaping the future of river protection and helping to rewrite the larger narrative of conservation.

To learn more about the CSKT Cultural Waterways Ordinance and what you can do to help protect rivers in the Northern Rockies, contact Jessy Stevenson at jstevenson@americanrivers.org. 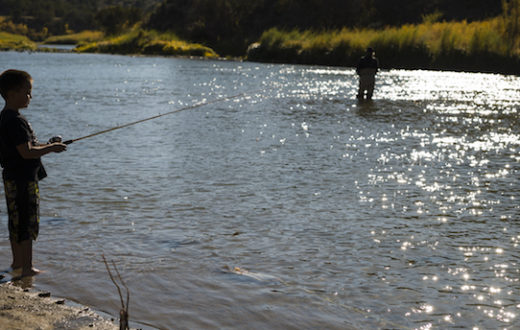 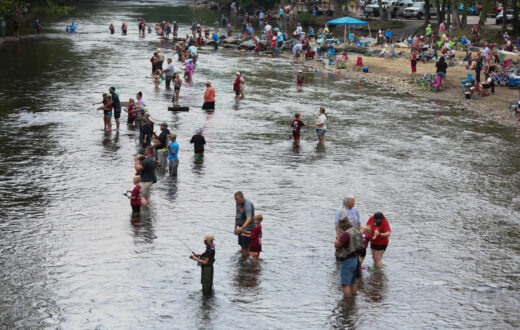 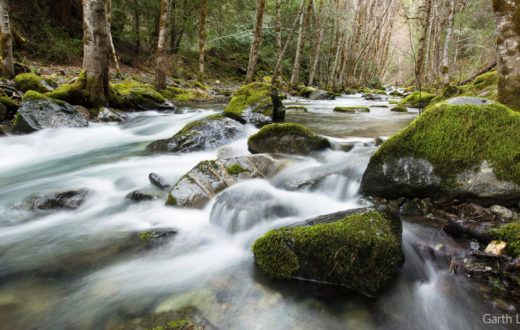