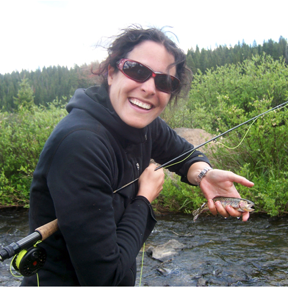 In December 2017, American Rivers helped remove three 100-year-old earthen and concrete dams from Hamant Brook in Sturbridge, Mass., restoring habitat for native brook trout, wood turtles, and mussels. We caught up with the project’s director, Amy Singler, to learn what inspired her about Hamant Brook and where she goes from here.

Why remove these dams?

There is an old joke: What does a fish say when it bumps its head? “Dam!” When you build a dam, fish can’t move up and down their natural habitat. By removing the dam, we restore access to habitat, as well as the ecological function of the river. Plus, a lot of old dams are safety hazards, and can be liabilities for their owners and the community.

Most of the dams I work to remove are smaller industrial-era dams that are up to 300 years old. In a lot of cases, the dam has outlived its usefulness and its costs outweigh its benefits.

Removing a dam can be incredibly complex, and that’s why it’s important to have a group like American Rivers help dam owners and community leaders navigate the many steps. We work with engineers to figure out what it will take to remove the structure, and we secure funding and necessary local, state, and federal permits. It took six years of work on Hamant Brook before the big yellow machines came to pull the dams out. The actual removal and restoration of the riverbed took about three months.

How is Hamant Brook unique?

There is a trail network along the river that people in the community use daily. What is exciting is that as people walk it every day, they will see the native fish coming back in. They will notice the change in the wildlife. They’ll see the plants grow. They get to see the evolution of the river as it comes back to life.

It’s pretty exciting to think that we’re bringing a river, which hasn’t been a river for a century, back to what it wants to be. When we finally removed the last of the dams on Hamant Brook, the sun was down, and the equipment was gone. I stood there in the dark and listened to the river running. Just four hours earlier you couldn’t have heard anything. I get choked up thinking about it.

How do we strike a balance?

I get my drinking water from a series of reservoirs created by dams, so I understand that some dams are important. But there are so many deadbeat dams around the country that no longer serve a purpose. They’re choking our rivers. We need to be thoughtful about which dams make sense, and which ones need to come down.

Anything you want American Rivers supporters to know?

Having your consistent, ongoing support makes a fundamental difference. That’s the reason we aren’t working on a dozen dam-removal projects—we’re working on dozens all across the country. We have in-house expertise and we’re training a larger network of people to move this forward. We’re pushing forward a movement.

We’re going on a dam hunt in northern New Hampshire and Vermont—talking with community members, and identifying dams to remove and rivers to restore. Freeing rivers never gets old.

Watch a timelapse video of a dam being removed from Hamant Brook below:

3 responses to “Q&A With the Expert: Hamant Brook Dam Removal” 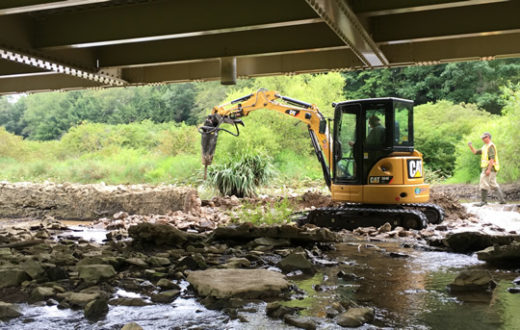