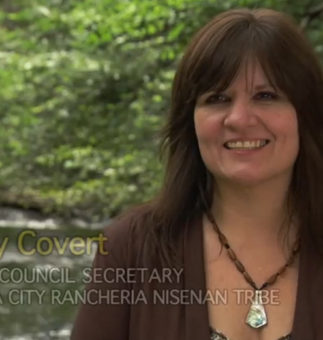 This guest post from Shelly Covert is a part of our America’s Most Endangered Rivers® series spotlighting the Bear River.

“The Bear River is an important piece of Nisenan culture both today and in our long, rich history. The Gold Rush era completely changed our waterways, and we cherish this last wild and free-flowing stretch of water. To flood this landscape is to further erase the Nisenan culture from the land; we can’t face that again.”

These lands and people are part of Nisenan tribal heritage, a heritage that can be proven back before the Gold Rush and points of non-native contact. Inundation of this important landscape by the proposed Centennial Dam project would have a significant, negative impact on Native American cultural, spiritual, and historical resources.

The Nisenan people were at ground zero of the California Gold Rush. Our numbers were so significantly reduced that today very few of us remain. I have read that the Nisenan Indians of this area are extinct, but in reality we are still here and many of our people still use this wild stretch of threatened river for cultural and ceremonial activities today. This proposed dam would flood historic, cultural and sacred sites used by the indigenous people before, during, and after contact.

Recently, several Nisenan representatives came together at the Bear River Campground, one of the landmarks that would be underwater if this dam is built, to share with and educate the public about who we are and our connection to the land. We engaged in dialog about our culture, our families, our history, and our desires to see this project halted. We also convened a circle discussion to talk about the dangers of cultural appropriation and tips on how to be a good ally to native movements and native people.

The Standing Rock movement has spurred people into action and they are passionate and adamant about standing in solidarity with the Nisenan people. The Nisenan representatives felt that it was a very successful weekend. The public participants were open and eager to engage with the indigenous people whose cultural landscape is under threat from the proposed Centennial Dam. The guests also took time to get to know and experience the wildness of this river.

While at the campground, I took time to reflect on the past. I thought about the stories I learned from my Elders. Many of these stories center around loss of land, loss of people, and loss of culture. I thought about the burial grounds that would be destroyed if this proposed dam were to be built. I thought about the two dams that are already damming this river, Rollins and Combie. How many dams can one stretch of river endure? How much more culture can the Nisenan endure to lose? It’s like stretching a rubber band really tight— I believe we, like the Bear River, may be stretched so far, another tug might be the last. When will enough be enough?

These ancestral waters are sacred to my Tribe. Centennial Dam would flood Nisenan cultural and sacred sites and further erase our people’s heritage. Therefore, we are pleading for alternatives to this project.

Please join us in asking the USACE to deny permits for the dam in favor of alternative actions that would improve water security in light of a changing climate, while preserving and enhancing the rich natural, social, and cultural resources of the Bear River.

Shelly Covert is the Spokesperson for the Nevada City Rancheria Nisenan Tribe. She sits on the Tribal Council and is community outreach liaison for her Tribal membership. She is also the Executive Director of the newly founded non-profit, the California Heritage: Indigenous Research Project, whose mission is to preserve, protect and perpetuate the Nisenan Culture.

The Damming of the Bear River

The Sierra Nevada’s Bear River is under threat from a new dam proposal, which... 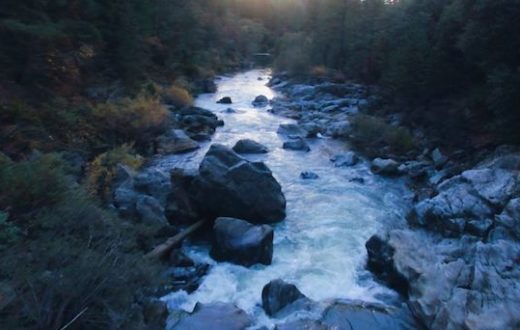 An irrigation district wants to build a new, 275-foot dam where it would block... 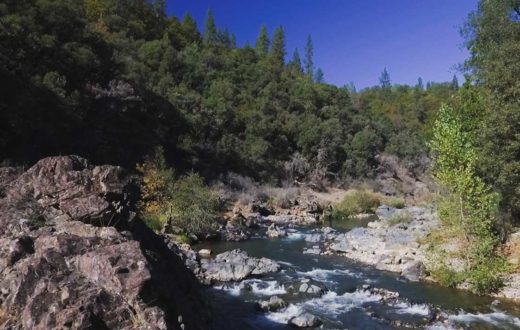