Nearly 200,000 people downstream of California’s Oroville Dam – the nation’s tallest dam – were evacuated in February when problems with the dam’s spillways triggered the possibility of downstream flooding.

American Rivers responded, calling out challenges posed by aging dams and water infrastructure nationwide. We pointed out the need for a new approach to water management: work with nature, not against it. Our message was amplified by national media outlets, sparking a dialogue about solutions that work for healthy rivers and public safety.

Here are five important lessons the nation learned from the crisis at Oroville Dam:

While the events at Oroville Dam grabbed headlines, it’s not alone. As a February 13 New York Times editorial pointed out:

“Oroville is hardly an isolated case. The American Society of Civil Engineers gives the country’s dams an average grade of “D” and estimates that at least $21 billion is needed to fix aging, high-hazard dams. The average age of the country’s 84,000 dams is 52 years, and 70 percent of them will be more than a half-century old by 2020. Groups like American Rivers argue that many of these dams should be removed in the interest of public safety and to return waterways to their natural state.”

2) There are lots of aging dams in our country, and some should be removed

The New York Times published some great maps showing the age and ownership of dams nationwide.

“It’s not like an expiration date for your milk, but the components that make up that dam do have a lifespan,” said Mark Ogden, a project manager with the Association of State Dam Safety Officials told the Times.

Check out the story and maps: https://www.nytimes.com/interactive/2017/02/23/us/americas-aging-dams-are-in-need-of-repair.html

3) We need to give rivers room

Bob Irvin, president of American Rivers, published an opinion piece in the Washington Post titled “We trust dams and levees at our peril.”  When it comes to improving flood safety, the best step we can take is to widen floodways and restore floodplains. He wrote:

“Indeed, to ensure public safety, we need to give rivers more room, not less. We must ensure that rivers have the adjacent floodplains and wetlands they need to move and dissipate floodwaters naturally. Dams and levees limit such options and often incentivize development and redevelopment in places most prone to damaging floods. We not only need to think twice before building dams and levees, we also need to be removing existing dams and levees that have outlived their usefulness and are threatening public safety by aggravating flood risk.”

4) We need to address the realities of climate change

It’s time to update water management to deal with the realities of climate change, specifically more frequent and severe floods and droughts. The Christian Science Monitor’s Zack Colman looked at the “rule curves” set by the Army Corps to dictate dam operations – when to fill up and release water from a reservoir.

“Not only are they for an outdated period, they are actually written on graph paper with a pencil,” says John Cain, director of conservation for California flood management with American Rivers. “They weren’t even digitally generated.”

“My concern about the rule curves being out of date is legitimate, but a terrific mitigating factor is our ability to forecast,” Cain told the Monitor. “And that is why it would be a huge disservice to cripple NOAA and the National Weather Service climate change science programs.”

The Sacramento Bee published a great editorial showing how giving rivers room provides solutions for handling both droughts and floods.

“… climate experts say flood is only half the picture. Long-term drought punctuated with deluge is about to become California’s new normal, thanks to the way global warming has amplified regular climate variations. So while they’re at it, state officials should ask whether now might be the time to join nature, rather than just trying to beat it. Sure, fix the dams and levees that have shielded us from winter rains so far. But also find ways to make natural flood patterns work for us.”

The editorial calls for flood easements and levee setbacks to protect people and property, and allow for groundwater recharge and healthier rivers.

“Concrete alone won’t work forever. Where possible, maybe working with, rather than against nature, is the smarter route,” the editors write.

We couldn’t have said it better ourselves.

One response to “Five Lessons from the Oroville Dam Crisis”

For Oroville: Hope for the Best and Plan for the Worst

In the hopes of helping downstream communities prepare for the worst, our team at... 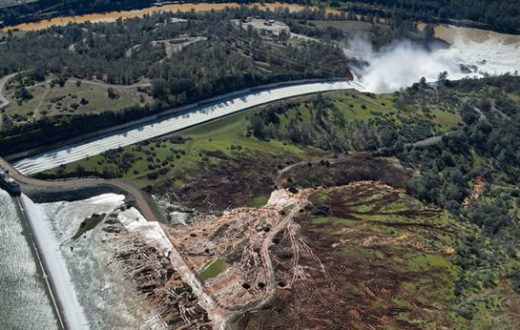 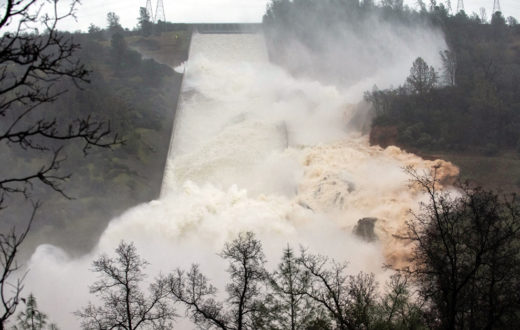 Reason for Hope, but Danger Persists at Oroville Dam

One thing is certain, this story will continue to unfold for at least a... 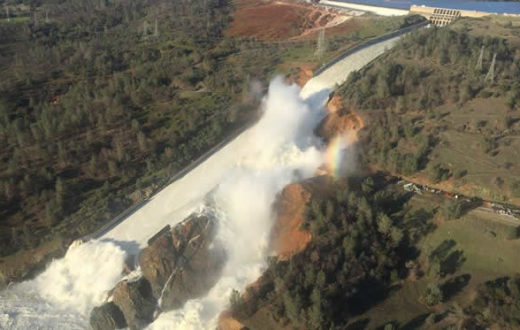