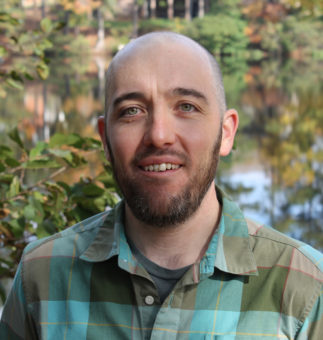 When American Rivers and our partners listed the Apalachicola-Chattahoochee-Flint (ACF) River Basin as America’s Most Endangered River® for 2016, there were two major decisions that would have influenced the health of the basin’s rivers for years to come. One was the U.S. Supreme Court lawsuit, Florida v. Georgia. The other was the effort by the U.S. Army Corps of Engineers (Corps) to update its operating manual for much of the river system.

Now there’s news on both. Within the last two months we have seen significant movement on both of these decisions – with some good news and some bad news and some more question marks for the future of this river system and the communities that depend on it.

The U.S. Army Corps of Engineers

In December, the Corps released its Final Environmental Impact Statement and Water Control Manual for the ACF river system. The Corps operates a string of large reservoirs up and down the Chattahoochee River, including one at the Chattahoochee’s confluence with the Flint River at the Georgia-Florida state line. We and our partners made some headway with this long-overdue and critically important update to the Water Control Manual: mainly, we helped convince the Corps to use the very latest data on future water demand projections for the Metro Atlanta area. This is a win and we have you, our members and activists, to thank for it!

Unfortunately, however, the Corps’ proposed manual does little to improve river flows in the Chattahoochee and Apalachicola rivers for ecological health, recreation, fisheries, and water quality. In particular, as far as the Apalachicola River, floodplain, and bay are concerned, the Corps’ plans present essentially status quo management—and the status quo is destroying the ecological health of this once-vibrant estuary. The Corps’ plan has not been made completely final yet, but if it proceeds as written, we and our partners will still have grave concerns for the Apalachicola system at the downstream end of the ACF.

Meanwhile, Valentine’s Day brought a long-awaited report from the appointed Special Master overseeing the Florida v. Georgia case. Ralph Lancaster, an attorney from Maine, heard several weeks’ worth of arguments last fall, and he has recommended to the justices of the U.S. Supreme Court that they deny the state of Florida’s request to cap Georgia’s water use.

Lancaster didn’t say that Florida was necessarily in the wrong with its claims of environmental degradation due to reduced river flows. He simply said that Florida’s proposed consumption cap on Georgia might not solve the river system’s problems, depending on Corps of Engineers management—and the Corps was not a party to the lawsuit. So, he could not recommend that the Court adopt Florida’s proposal. The Supreme Court doesn’t have to accept the Special Master’s recommendation, but most observers assume it’s likely that it will.

Meanwhile, Lancaster took four pages of his 70-page report to discuss how “remarkably ineffective” many of Georgia’s water conservation efforts have been. Even where Georgia has had some success in the Metro Atlanta region, he noted, that was due to steps taken after adverse results in other legal actions stemming from the multi-decade “tri-state” water conflict with neighboring Florida and Alabama. Lancaster’s critique of Georgia’s water conservation efforts echoes what American Rivers and our conservation partners have been saying for years: Much more can be done in all three states, cost-effectively and sustainably, to protect healthy river flows in the ACF for the environment, for all basin stakeholders, and for future generations. Lancaster’s observations will no doubt be important in future phases of the so-called “water wars.”

As Atlanta public radio reporter Molly Samuel put it in a recent interview, one wonders if this latest water wars “win” for Georgia is a little bit like the Atlanta Falcons’ 21-point lead in the third quarter of the Super Bowl. It’s not that Georgia’s squad of lawyers will lose this game to Florida’s in the end; it’s just that we really don’t know, any more than we did before the Special Master released his report.

And at the end of the day, this is not actually just a “state versus state” feud. It’s an effort to find the point of balance between all of the many needs for these rivers’ waters and the aim to pass on a healthy river system to future generations. That means taking an honest look at the needs of numerous stakeholders within all three states, in urban and rural areas, and at the needs of the basin’s ecosystems. It means taking a fresh look at how we’ll manage this river system for the future. That’s no small task, but it’s probably the only way to solve the ACF basin’s problems.

2 responses to “The Corps, the Court, and America’s Most Endangered River®”

The Apalachicola-Chattahoochee-Flint River Basin is at a crossroads. Either the three states will come... 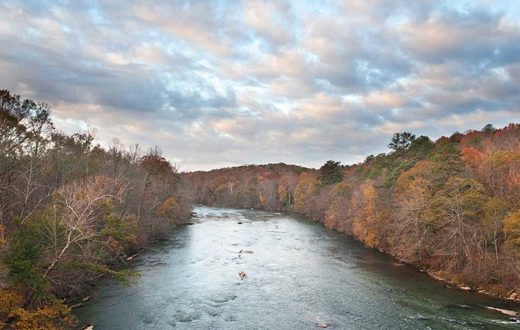 Less water for them is inconvenient; less for the river is catastrophic

Sooner or later, the people in all three states will come together and agree... 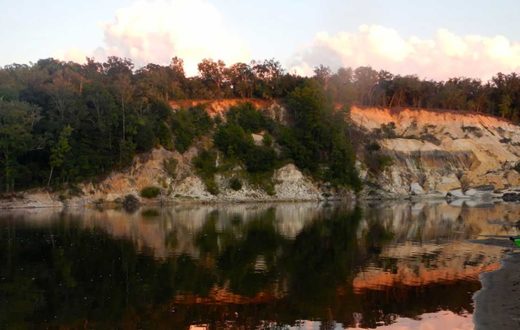 A water conflict has been raging for more than 20 yrs putting rivers and...

The Flint River is one of only 40 rivers left in the United States... 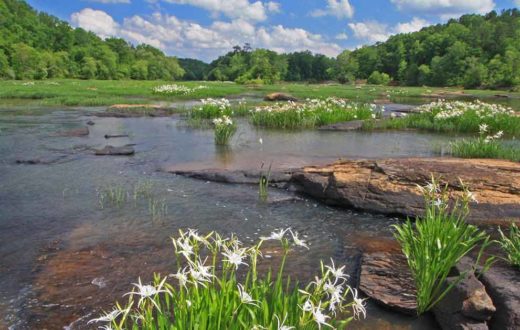